What is Hyperledger Fabric? 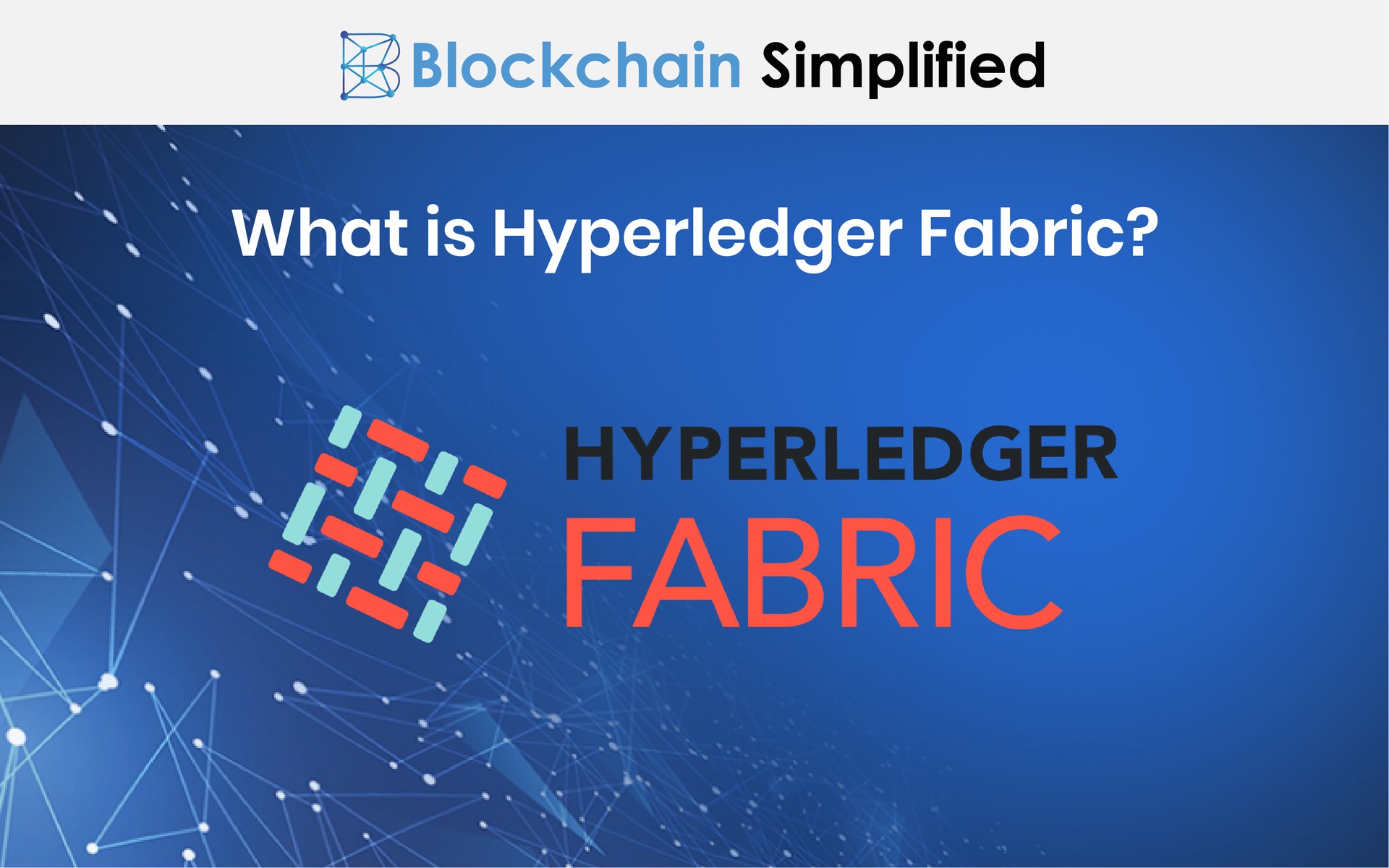 In our earlier blogs, we glanced through the Blockchain technology and its different implementations like Bitcoin,Ethereum etc. Another very interesting use-case of the blockchain is Hyperledger. Why I say interesting is because Hyperledger is neither a cryptocurrency like bitcoin, nor a blockchain, not even a platform like Ethereum for running DApps. Then what exactly is this Hyperledger and what is Hyperledger fabric?

In our blog Applications of Blockchain, we saw how Blockchain can be implemented across diverse industrial sectors, in their management systems. With a similar thought process behind its invention, Hyperledger was introduced by The Linux foundation in December 2015, to facilitate and create a potential environment for organizations from various industries, to collaborate and build blockchain frameworks. The Linux Foundation defined Hyperledger as,

“Hyperledger is an open source collaborative effort created to advance cross-industry blockchain technologies. It is a global collaboration, hosted by The Linux Foundation, including leaders in finance, banking, Internet of Things, supply chains, manufacturing, and Technology.”

Simply put, Hyperledger is a hub or a repository created for the coexistence of multiple Blockchain frameworks. One such powerful framework, created by IBM, inside Hyperledger, is Hyperledger Fabric.

Hyperledger Fabric framework - How it works 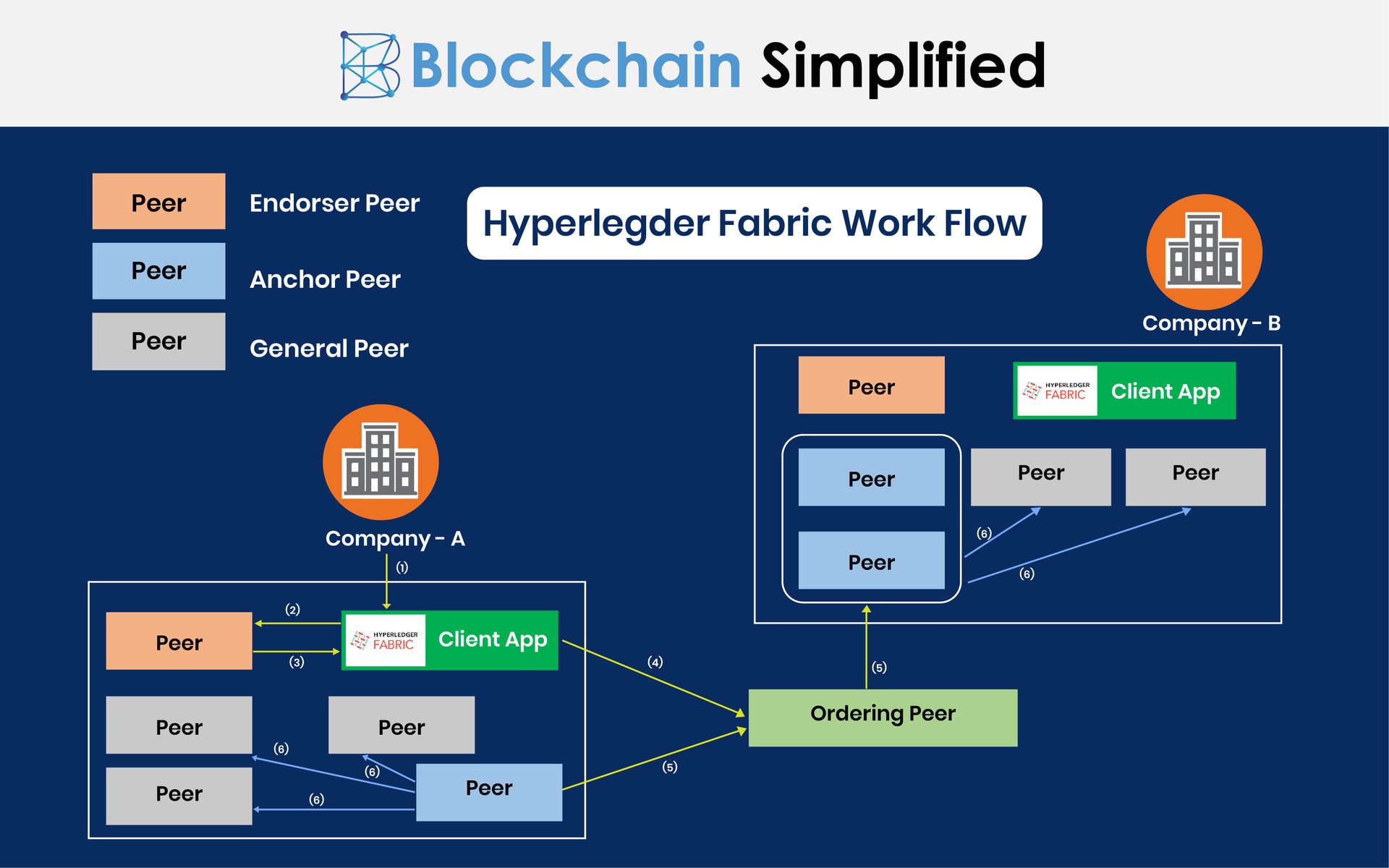 -Hyperledger Fabric is the most popular project, designed by IBM, with the intent of executing a group of modular Blockchain-based applications within a single framework.

-It is a partial permission based, private blockchain, where every participant has to secure permission from the network for being a valid user, but the degree of permission varies for different users of different applications.

-Applications run on a special smart-contract code system called the Chain Code, where every participant runs the chaincode in Docker containers.

-Typically, a Blockchain developer builds an application and deploys it into the Hyperledger Fabric framework. Thereafter, like any traditional Blockchain application, a registered user communicates with the system to perform transactions.

-The Hyperledger Fabric platform offers, users of a particular application, to create their own channel and issue transactions. Owing to this feature, data can be processed parallely without relying on the traditional sequential transaction execution.

-In The Hyperledger Fabric framework, unlike the public blockchain based on POW, division of labour is equal where every peer has to perform every job assigned to reach a consensus.

Blockchain architecture, by itself, has several advantages with respect to confidentiality, decentralization and immutability. Coupled with these, the Hyperledger Fabric platform offers various other features as listed below, 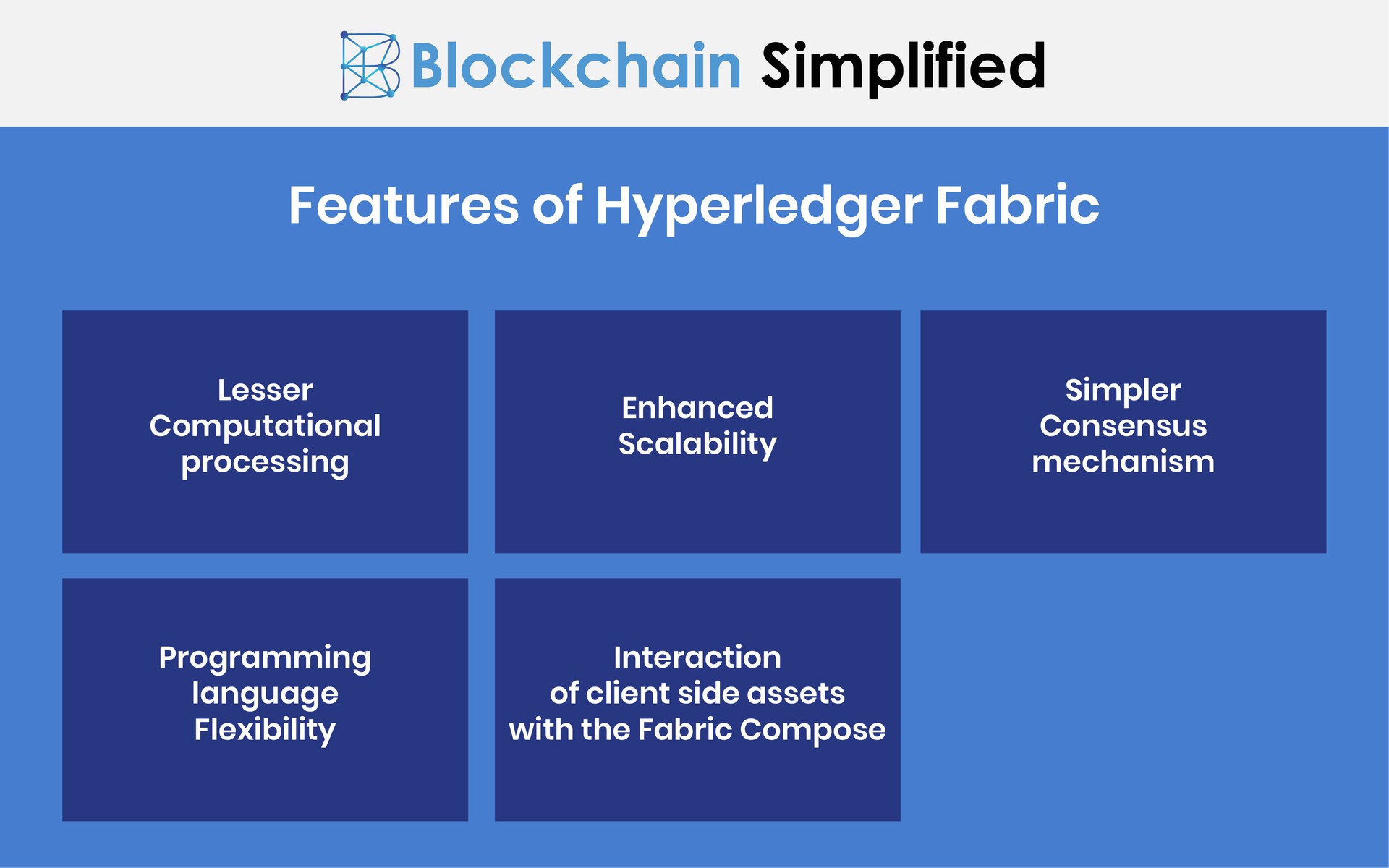 -The basic design concept of Hyperledger Fabric is to simultaneously execute multiple applications as opposed to the conventional serial execution of transactions. This results in lesser computational processing and time thereby enhancing scalability.

-The Hyperledger Fabric framework implements a better protocol for segregation of duties, therefore reaching consensus is more simplified and swifter.

-There is no native cryptocurrency in Fabric, rather it allows the interaction of client side assets with the Fabric Composer.

As we saw above, the Hyperledger Fabric platform has the ability to provide solutions to modular architecture based Blockchain applications. It was conceived with the objective of encouraging cross-industry participation within a single environment. It would not be wrong to say that it has successfully achieved its goal by bringing various industry sectors onto a single framework, with its unique structure, high flexibility and scalability features.