A glimpse into Hyperledger Sawtooth 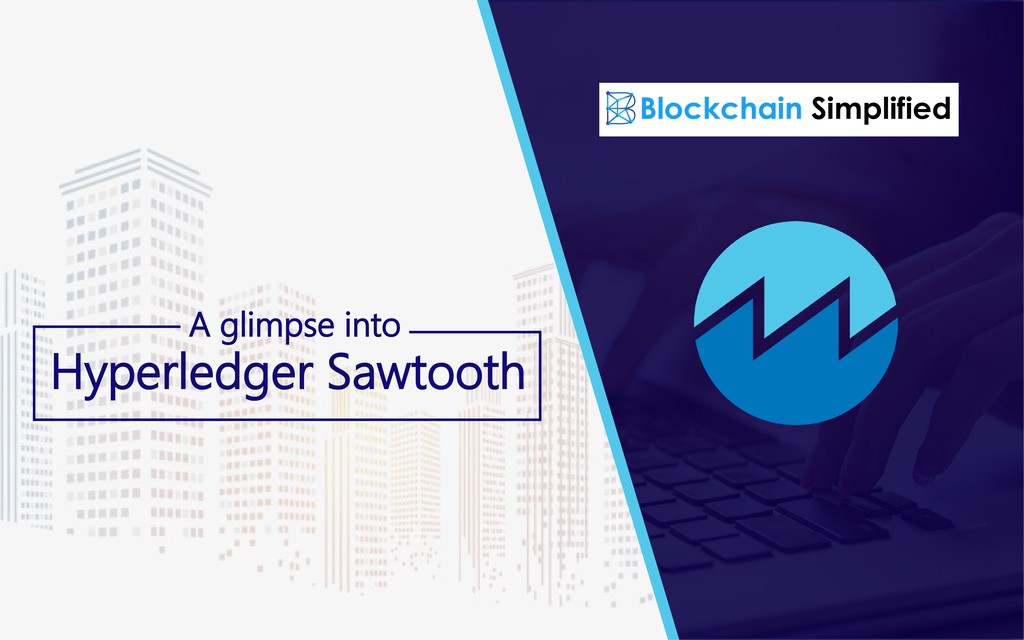 In our earlier blogs, we studied about Hyperledger - an umbrella project created by the Linux Foundation to promote cross-industry collaborations via multiple Blockchain frameworks. We also learnt about Hyperledger Fabric - the most powerful and prominent Blockchain framework by IBM, operating under Hyperledger. Over the years, Hyperledger Fabric has gained immense popularity in the Blockchain world due to its unique structure, high flexibility and scalability features while providing solutions to modular architecture based enterprise grade applications. Giving tough competition to Fabric is another very robust platform, the Hyperledger Sawtooth.

Proposed by Intel, Hyperledger Sawtooth was conceptualised and designed to provide more, 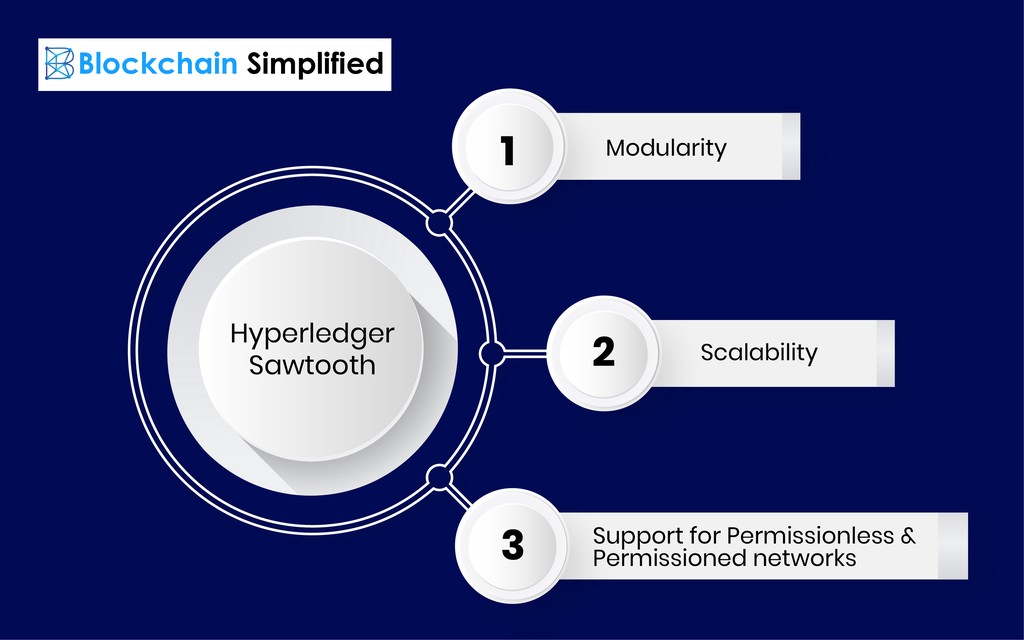 Let us delve deep into what Hyperledger Sawtooth is, how does it work and its architecture. We will also discuss in detail the above features. 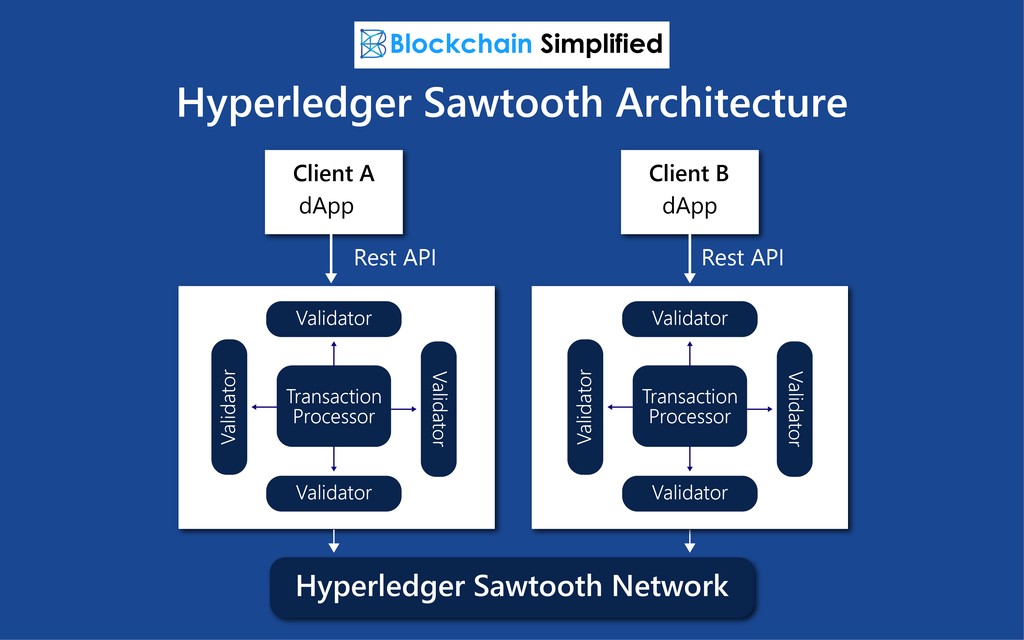 The 3 main components of the Hyperledger Sawtooth are as below,

To execute a transaction, Sawtooth builds a transaction family that consists of a data model and a set of transaction rules. Like Ethereum’s POW or Fabric’s Kafka or Raft Consensus algorithms, Hyperledger Sawtooth follows the Proof-of-elapsed (PoET) algorithm to reach a consensus for affirming any transaction. In PoET, the node that waits or sleeps for the least period of time gets the chance to verify the transaction and commit the block to the ledger. The probability of cheating by a certain node by deliberately sleeping for shorter spans is eliminated by the Software Guard Extension Algorithm. This component ensures that the code is executed in a secure environment and is protected from any manipulation or modification, thus strengthening the security.

In Sawtooth, the equivalent of smart contracts or chain codes are known as Transaction Processors. However, a transaction processor is not your typical agreement that just executes, but instead is a platform that enables the smart contract to be executed.
A miner or mining node in Sawtooth is called the Validator. Verifying the genuineness and integrity of a transaction by reviewing valid signatures and assigning it to the appropriate Transaction Processor is the prime job of the Validator. Once the transaction processor validates the business rules, the Validator then adds the block to the Blockchain and transmits the message of the successful transaction across all the nodes.

The Transaction Processor is responsible for the setting of enabling Hyperledger Sawtooth to operate for, 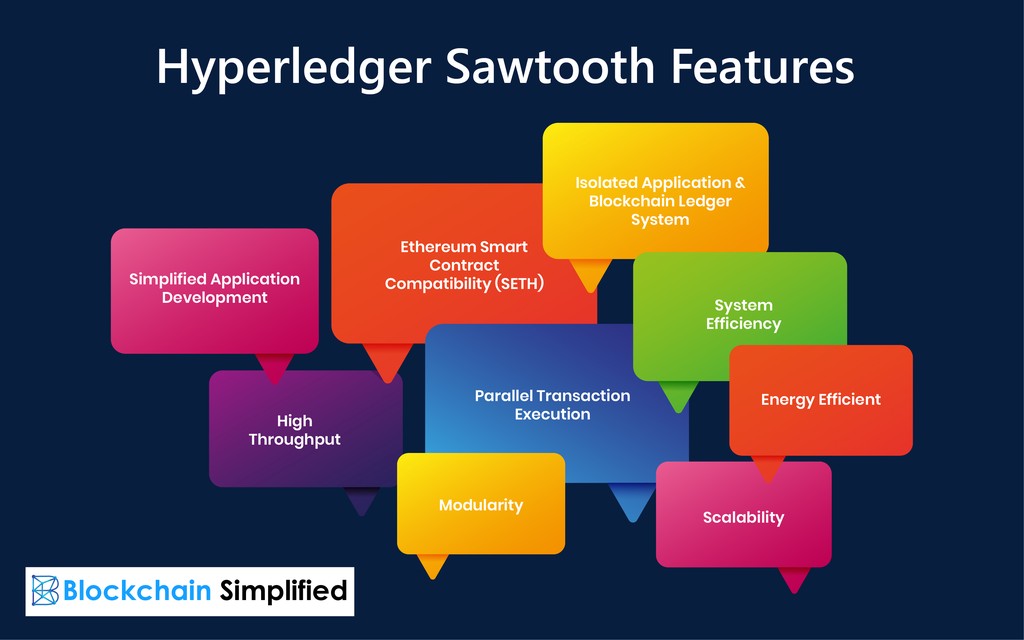 Traditional Blockchain based applications experience severe performance issues and security concerns because of deployment & execution of both - the application as well as the ledger - on the same platform. According to Sawtooth documentation, in Hyperledger Sawtooth, the application environment and the core ledger system are completely separated from each other. Due to its modular nature, the application can be hosted & operated on system periphery without disturbing the core ledger system. This isolation of the dApp & the core Blockchain ledger system not only simplifies the application development process but also dramatically increases system efficiency, consequently providing high transaction throughput. An ideal architecture for any system, this also allows the platform to be highly scalable to handle extreme data load. This particularly is very effective while dealing with systems containing complex transactions.

Hyperledger Sawtooth allows Parallel Transaction Execution due to its ability to group transactions into batches. In situations of multiple related transactions, Sawtooth configures special transaction processors that process concurrent transactions. You can also configure transactions in different permutations and combinations but only after ensuring that they comply with the Atomicity, Consistency, Isolation and Durability (ACID) principle.

As opposed to the POW, the PoET algorithm makes optimum use of energy while reaching consensus, thus making Sawtooth energy-efficient.

From what we read above, Hyperledger Sawtooth has all the features and characteristics that are required to build an enterprise grade modular application. Sawtooth is the perfect choice when it comes to applications that demand high efficiency, scalability and complex transaction execution.