The stages of ICO launch and development process 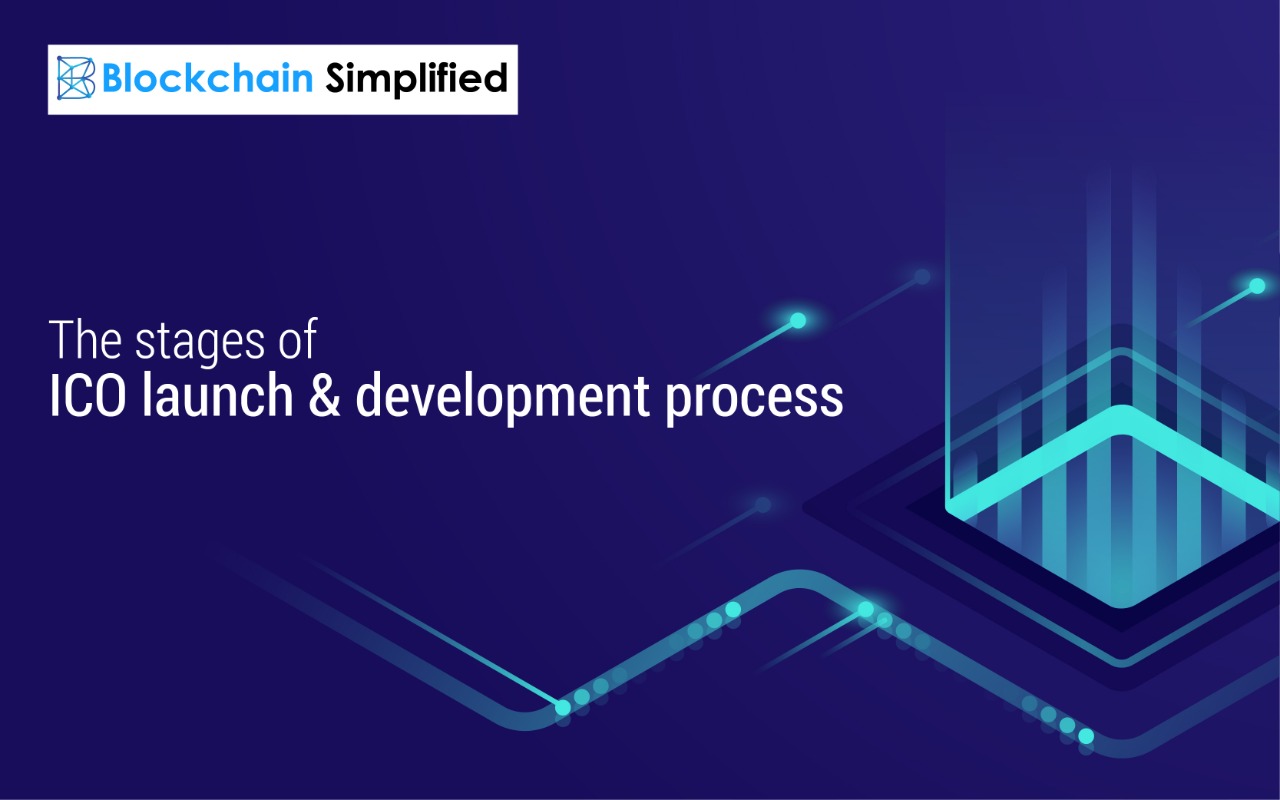 After a brief lull, the ICO markets have begun to bloom once again and are seeing gradual but steady increase. But not all launched ICOs see the light of the day and end up turning unsuccessful. As we saw in our previous blog on ICO, although ICOs reduce a lot of paperwork hassle and are fast resources of crowdfunding, there are multiple stages of ICO launch and development process which need to be traversed through to finally see the dawn and get launched successfully. 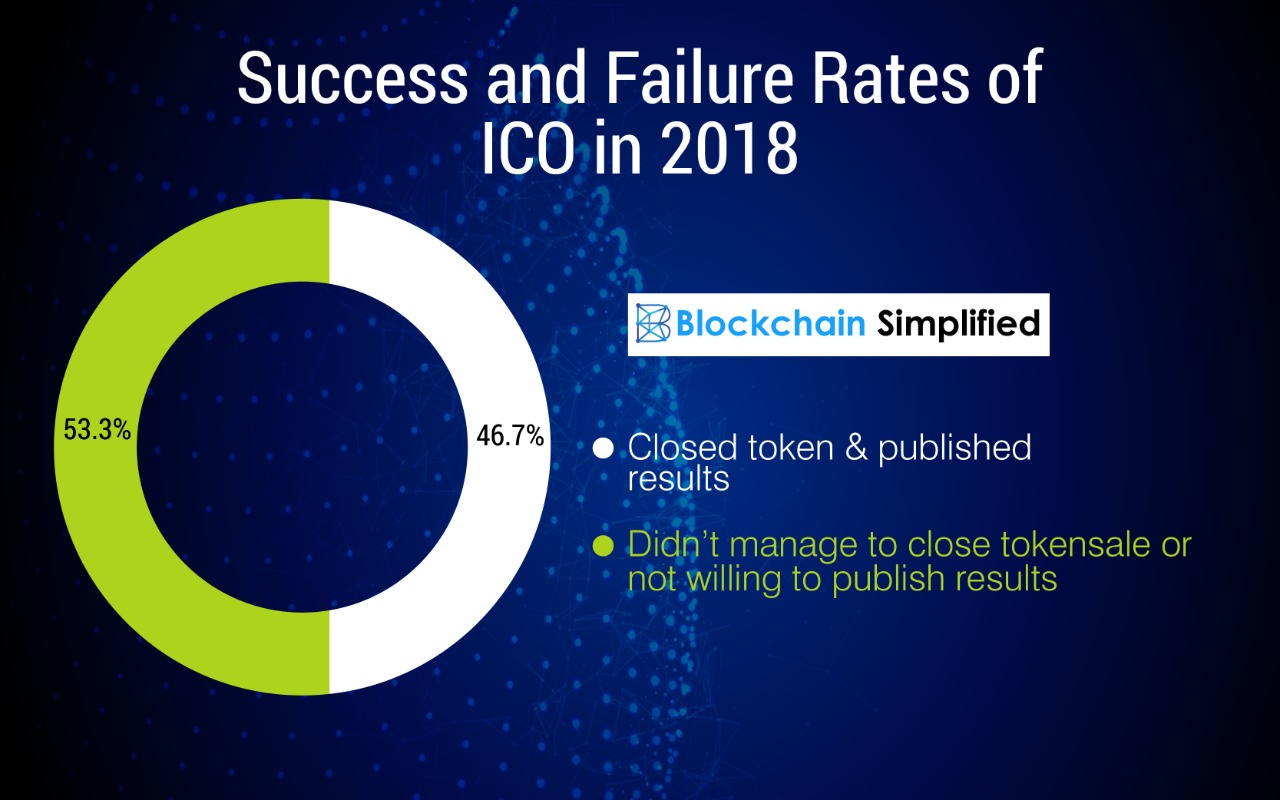 Any company initiating an ICO envisions a successful ICO launch and development process. This can be achieved through proper planning and execution of the following steps.

Below is the step-by-step approach of Blockchain Simplified for the ICO launch and development process. 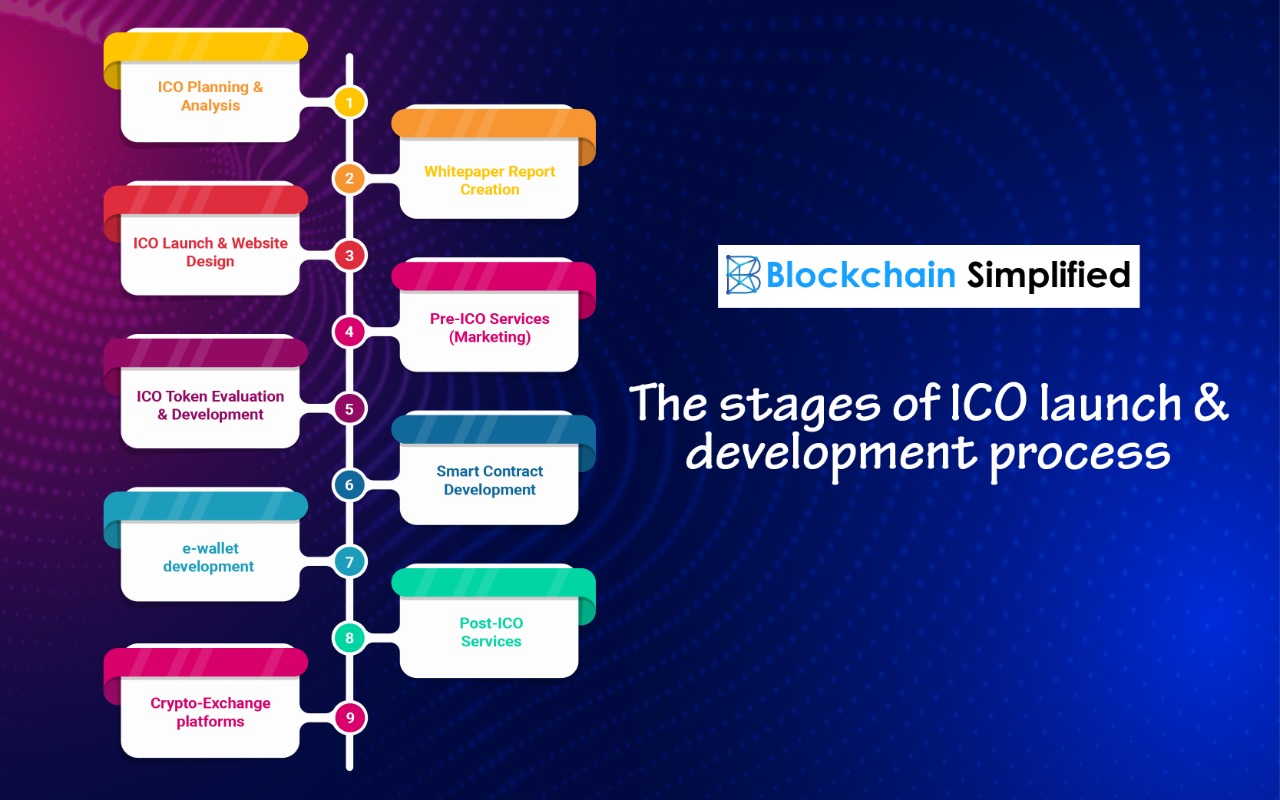 Once a company decides to launch an ICO, thorough evaluation and research of the business model is a must. Market experts examine and inspect the viability and practicality of the idea and try to gauge if it actually has the potential to attract investors. Before the ICO launch and development, it is also important to take into account the possibility of integrating the business idea onto Blockchain. Along with Blockchain, several other technical aspects and requirements also have to be thought about. The ICO launching or development company then presents the idea in the market via multiple platforms to assess the interest of investors in the project. Based on constructive and critical feedback, the ICO idea is re-worked and re-generated.

After the initial ICO ideation process comes the creation of Whitepaper reports.. Writing an effective and genuine whitepaper is a very crucial step for the ICO launch and development process. The credibility of the whitepaper - that contains complete information about the business model, true details about existing investors, transparent display of the fund generated and proposed expenditure of funds etc - is the foundation of any ICO launch. Therefore, hiring an experienced ICO development company, which not only gives useful strategies but also provides assistance in whitepaper report creation is a good option.

Designing a user-friendly, easy-to-navigate ICO launch website is also a task that should not be undermined. A website providing relevant and convincing information immediately captures the investors minds and attracts them towards the ICO. Hire a web development company skilled in UX/UI designing for designing and building a captivating and engaging ICO launch and development website.

As much as ICO development is necessary, it is as well important to promote and advertise it on pertinent and relevant channels. A good-looking, useful ICO website is deemed useless if people remain unaware of it. Marketing the ICO launch website via online digital channels like Telegram, LinkedIn, YouTube etc is quite essential to the ICO launch and development process.

While ICO apps and ICO tokens can be built on any Blockchain platform, the Ethereum dApp development seems to be the perfect candidate for ICO launch and development. Due to its smart contracts and ERC-20 token functionality, many companies prefer to launch their ICOs on Ethereum. Ethereum not only facilitates the creation of dApps on its platform, but also enables the development of ICO tokens or ICO coins as well. Development of ICO tokens on Hyperledger Fabric using smart contracts and FabToken is also possible.

Once the ICO launch and development process is completed, it is then opened for ICO token sale and exchange. Investors are allowed to exchange their fiat currencies in lieu of ICO tokens or ICO coins.

An important part of the ICO launch and development also includes listing the ICO tokens or ICO coins on multiple cryptocurrency exchange platforms as part of the marketing and advertising to enable trading. 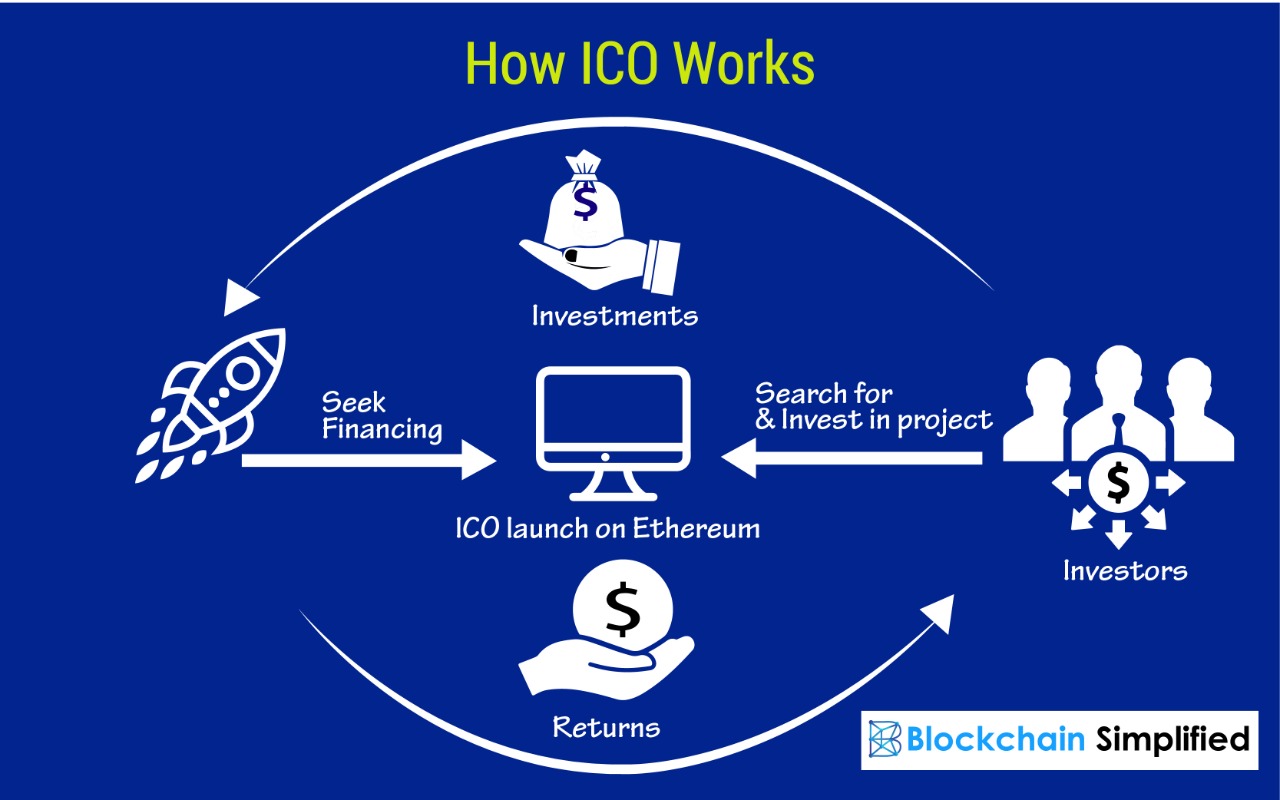 The above image represents how an end-to-end ICO launch and development process is designed and developed on Ethereum.

ICOs are promising and are back with a bang in the cryptocurrency markets and will see continual growth in the coming days. It is a convenient and “easy approach” way of crowdfunding beneficial to many SMBs and startups.