The Dawn of Ethereum 2.0 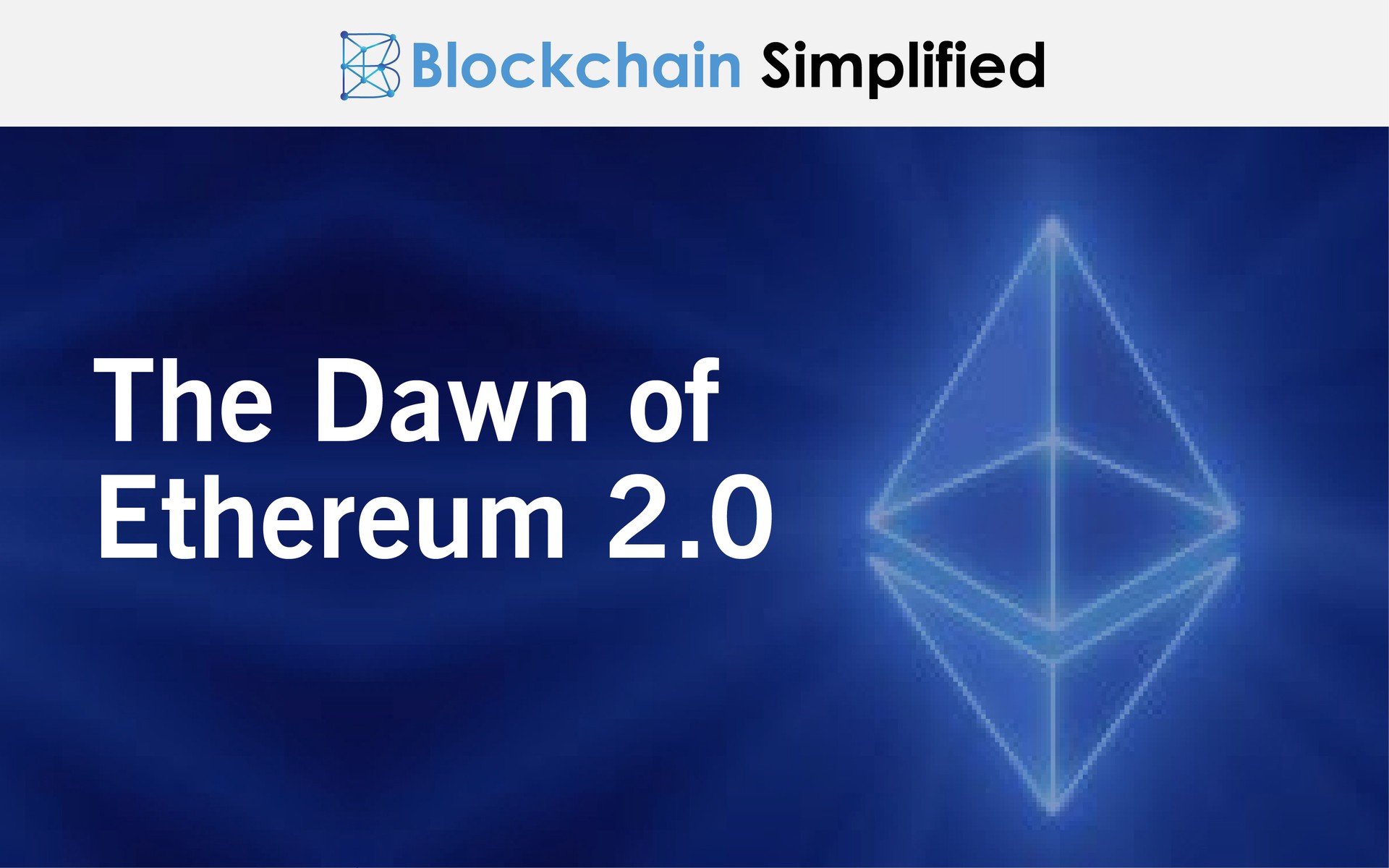 Circa 2008; Bitcoin made its entry into the financial world with great aplomb. It captured the market like crazy and enchanted everyone from traders to investors and scientists alike. Up until today, Bitcoin market capitalization continues to rule the world of cryptocurrency. But Bitcoin has its own set of inadequacies like its price volatility, inability to scale etc. Needless to mention are some real-world constraints of Bitcoin, which makes it a risky investment. (Read our blog on Bitcoin Futures to know more about Bitcoin’s volatility and how to tackle it).

To overcome these challenges, Ethereum emerged not only as an alternative but an updated, advanced Blockchain. Ethereum could not only solve the fundamental problems of Bitcoin, but it also provided several other features which were the core characteristics needed for any Blockchain implementation to dominate the financial world.

While it was not as basic as Bitcoin, Ethereum also had its own share of limitations which were hindering its performance and its objective to cruise through the other Blockchains to make its way to the top. Vitalik Buterin and his team of developers, thus, felt the need to upgrade the Ethereum Blockchain to its next version - Ethereum 2.0 - to eliminate every possible problem within Ethereum’s ecosystem. Ethereum 2.0 is also known as Serenity or Eth2. According to the creators, Ethereum 2.0 will be rolled out in a phased manner starting 2020. The makers believe that each phase is designed in such a way that it will not only improve the functionality but also enhance the performance of Ethereum Blockchain. 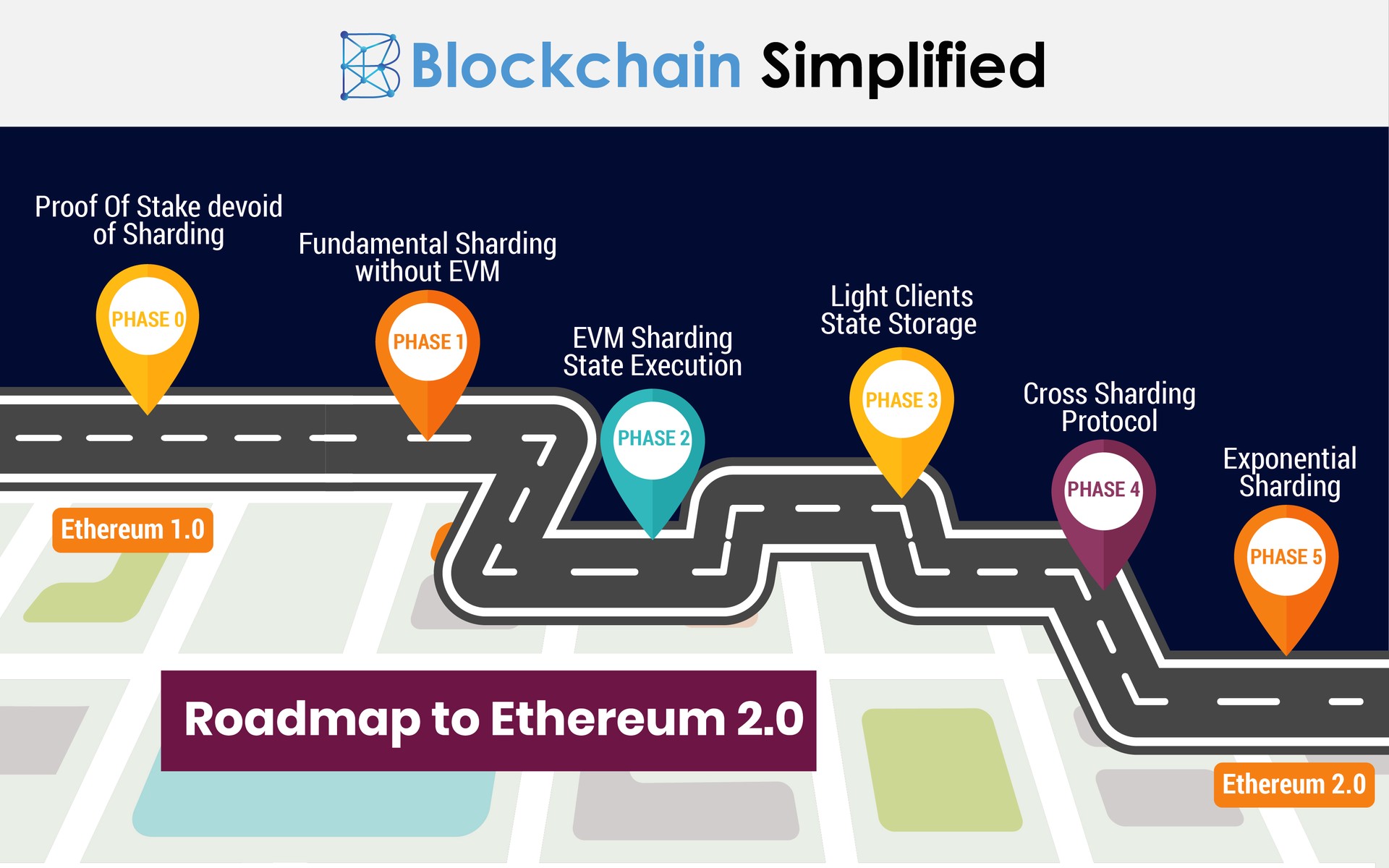 In this blog, we will briefly go through some upgrades of Ethereum 2.0.

We all know that Bitcoin followed the Proof of Work (PoW) algorithm to affirm transactions on the network. In this process, every user ( every computer participating in the Blockchain) has to solve complex cryptographic problems in order to be deserving enough to provide an opinion for verifying a transaction. Lesser the computational time required to solve the mathematical equation, greater is the reward. The users with more mining rewards get the chance to validate a transaction and subsequently add the block to the chain. Users in the Bitcoin network are called “Miners” who solve the problem and get mining rewards. This process is highly inefficient as it requires a lot of processing power to calculate the problems. Higher processing power results in decreased performance of the entire system. Also, managing computer hardwares with high processing power is a costly affair. 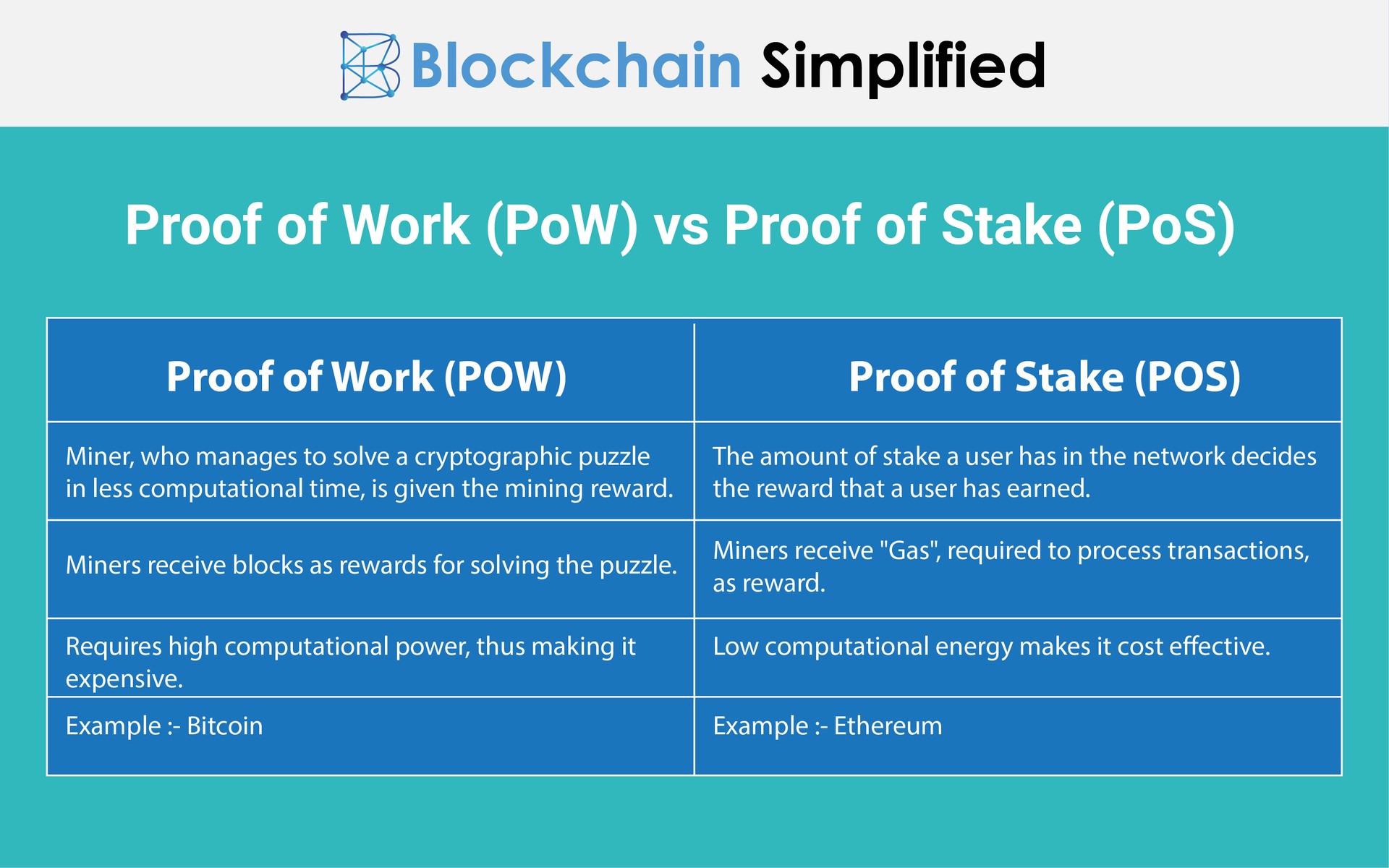 Ethereum 2.0 successfully eliminates this concept of POW; instead it follows the Proof of Stake (POS) algorithm. In this process, the algorithm is designed in a way such that the user who has maximum stake in the network or who holds maximum Ether (cryptocurrency) is rewarded and gets a chance to affirm a transaction. The process eliminates any kind of computational work that may require an enormous amount of energy, thereby enhancing the performance of the entire system. Ethereum 2.0, thus, makes a successful transition from PoW to PoS.

(https://blockchainsimplified.com is a top Ethereum development company in Pune, India)

One of the greatest shortcomings of Ethereum 1.0, the predecessor of Ethereum 2.0, was that every participating node had to verify every data to be added to the blockchain. This meant that if there is a slower participant in the network, then the whole system would have to execute as per the speed of this participant. Slower the speed, lesser the throughput.

Ethereum 2.0 has brought the concept of Sharding into picture to tackle this issue. Sharding is the process wherein data is segregated into sets or groups and is sent to particular groups of nodes to be verified. A node will only be responsible to verify the data that is allocated to it and not of the entire network. In short, instead of the sequential processing of data, Ethereum 2.0 implements parallel processing of data through Sharding. Concurrent verification of transactions means faster execution, efficient performance and higher throughput.

We know the power of Smart Contracts on Ethereum. Smart Contracts are pieces of code that automatically execute when triggered by a particular event. They are the USP of the Ethereum blockchain and are the actual pillars of the network. In Ethereum 1.0, these smart contracts were executed on the Ethereum Virtual Machine (EVM). The Ethereum Virtual machine (EVM) is an environment that enables the real code of the smart contracts and the dApps to be executed, the database to be stored and transactions to be recorded.

Ethereum 2.0 promotes the usage of eWASM or the Ethereum Web Assembly. The web assembly language facilitates the execution of the code anywhere in the web browser. eWASM is also better than EVM when it comes to strengthening security. It supports multiple traditional programming languages, such as C, C++, and Rust, for writing code for smart contracts and dApps. 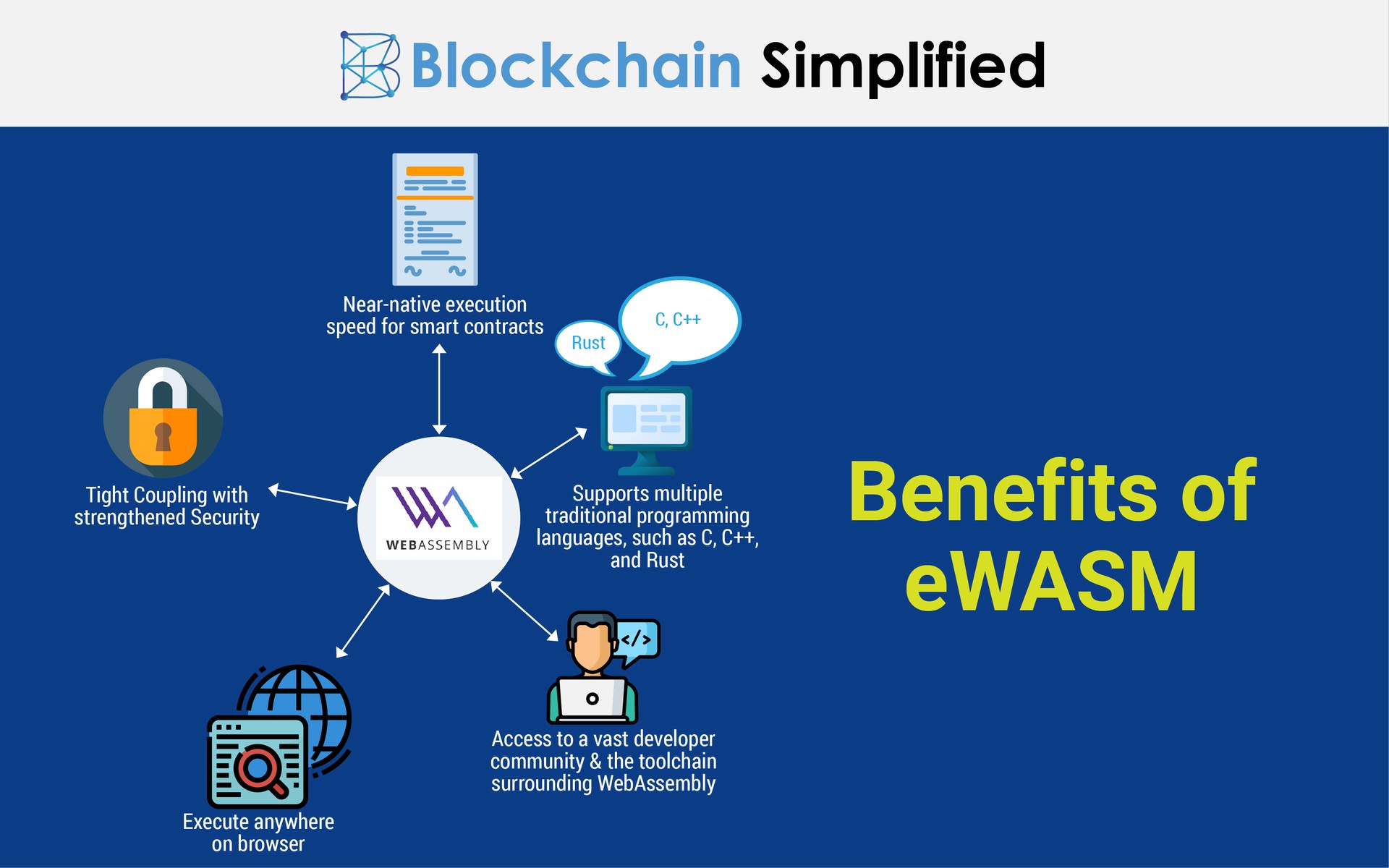 (To hire Blockchain developers, visit us at https://blockchainsimplified.com)

The Dawn of Ethereum 2.0

As mentioned above, Ethereum 2.0 is expected to be released in phases. Developers from the Ethereum community assure stability as well as security of the system throughout the upgrade process. Ethereum 2.0 has a greater edge over Bitcoin as well as its predecessor due to its features like scalability, efficiency and productivity.

Brace yourselves for Ethereum 2.0; it’s a new dawn for the Blockchain space!