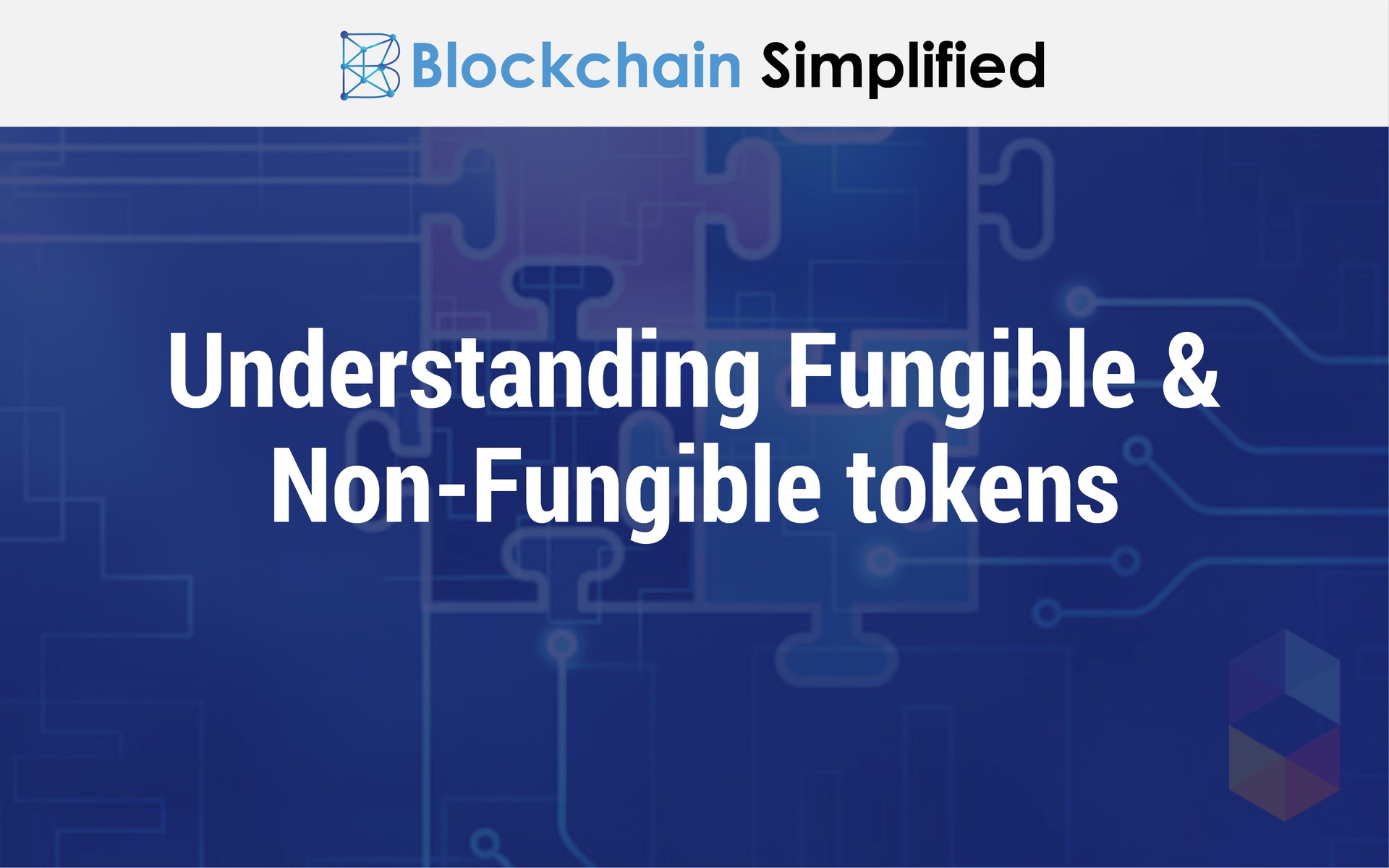 A token is a thing that represents the digital object on Blockchain. For example, if a physical object like “Gold” is converted to be represented into its digital format; the digital format of this object is represented by “tokens” on Blockchain. Now this was an example of Tokens that represent an “object” , a “value” or an “asset”. But the purpose of Tokens is not restricted to only these. A token can also represent something like “feeling”, “fact” , “quality”, “utility” etc. Tokens can represent anything for that matter. Here’s an example of how tokens represent Voting rights.

In the world of crypto, initially tokens represented the cryptocurrency like Bitcoin or Ethereum. Users generally owned tokens in their crypto wallets that represented the digital currency. These tokens could be exchanged with other tokens easily and soon became a medium of payment, exchange etc across the world. Soon after, tokens representing digital objects came into existence. This popped up the theory of Fungible and Non-Fungible tokens.

(To hire Blockchain developers, visit us at https://blockchainsimplified.com)

What are Fungible Tokens?

To simplify the definition of Fungible Tokens further, let us understand it through an example. Suppose X owes $100 to Y. When X needs to return this amount to Y, he does not need to return the exact same $100 note that Y had lent him. X can pay him a new $100 note, he can give him 2 $50 notes, which will make no difference to Y, because the value of a $100 is the same for X and Y both. So, this $100 can be represented as a Fungible Token, if need be, on Blockchain.

Thus a Fungible Token can be fractionalised, divided, split or even exchanged; that does not change its value.

What are Non-Fungible Tokens?

Non-Fungible Tokens (NFT’s) are cryptographic tokens that are unique in nature and are not similar to any other type of Non Fungible tokens. Every NFT exhibits a different kind of functionality or aspect and is not comparable to other NFT’s. NFT’s can be tokens that represent digital art, house/property, or precious gems like diamonds.

NFT’s, hence, cannot be divisible, split or exchanged as easily as Fungible Tokens.

While Fungible Tokens were vastly used on Blockchains as a primary mode of money transfer and crypto payments, Non Fungible Tokens gained popularity due to the creation of the game CryptoKitties. Developed on Ethereum, tokens were created to represent the “attributes” of the kitty. CryptoKitties was also the reason why Blockchain in Gaming became the new talk of the town. 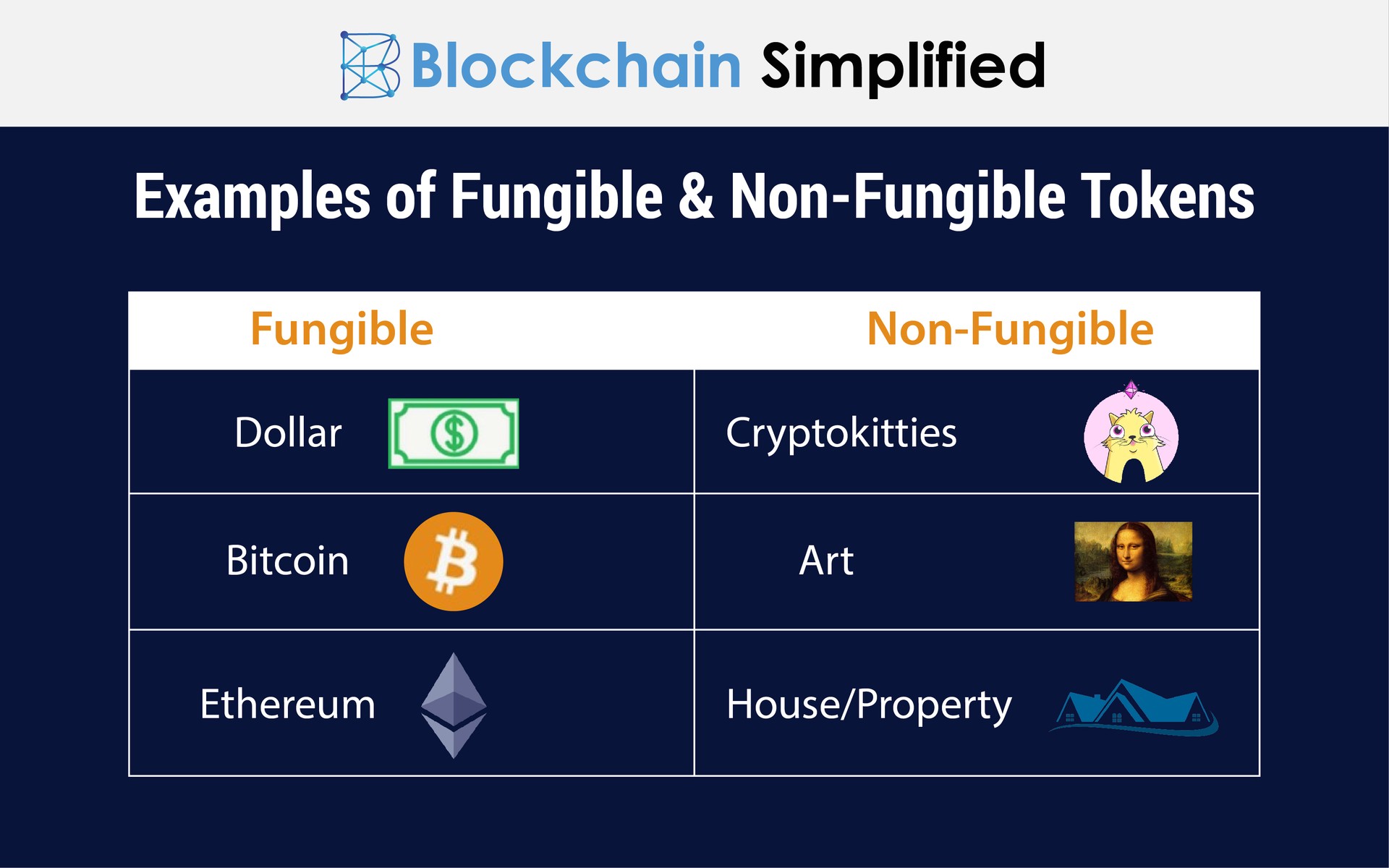 Benefits of Fungible and Non-Fungible Tokens

1) Fractionalisation - As mentioned above, Fungible Tokens are divisible and can be split into smaller fractions and still the value won’t change.

2) Liquidity - Due to their nature of being divided and represented in very small denominations, fungible tokens increase liquidity of currency in the market. 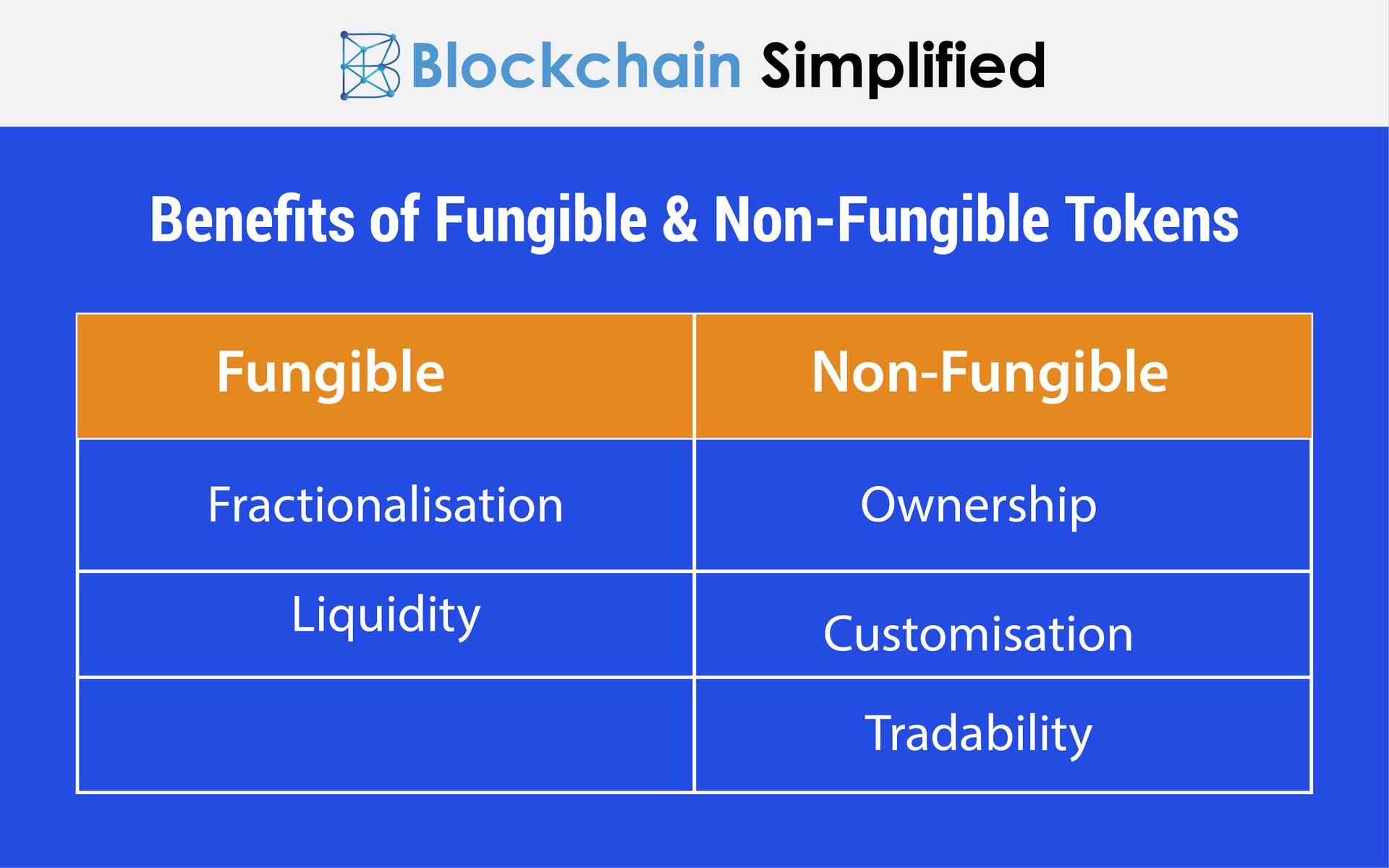 1) Ownership - NFT’s with uniqueness as their primary aspect, can be applied to any collectible object of the real world like art, house etc. Users owning these tokens possess complete ownership on the object.

3) Tradability - Trading of objects, that NFTs represent, is an easier and faster process thanks to the uniqueness of NFTs and Blockchain’s great features.

(https://blockchainsimplified.com is a top blockchain development company in Pune, India)

Read more about the difference between Fungible and Non-Fungible Tokens in this article. 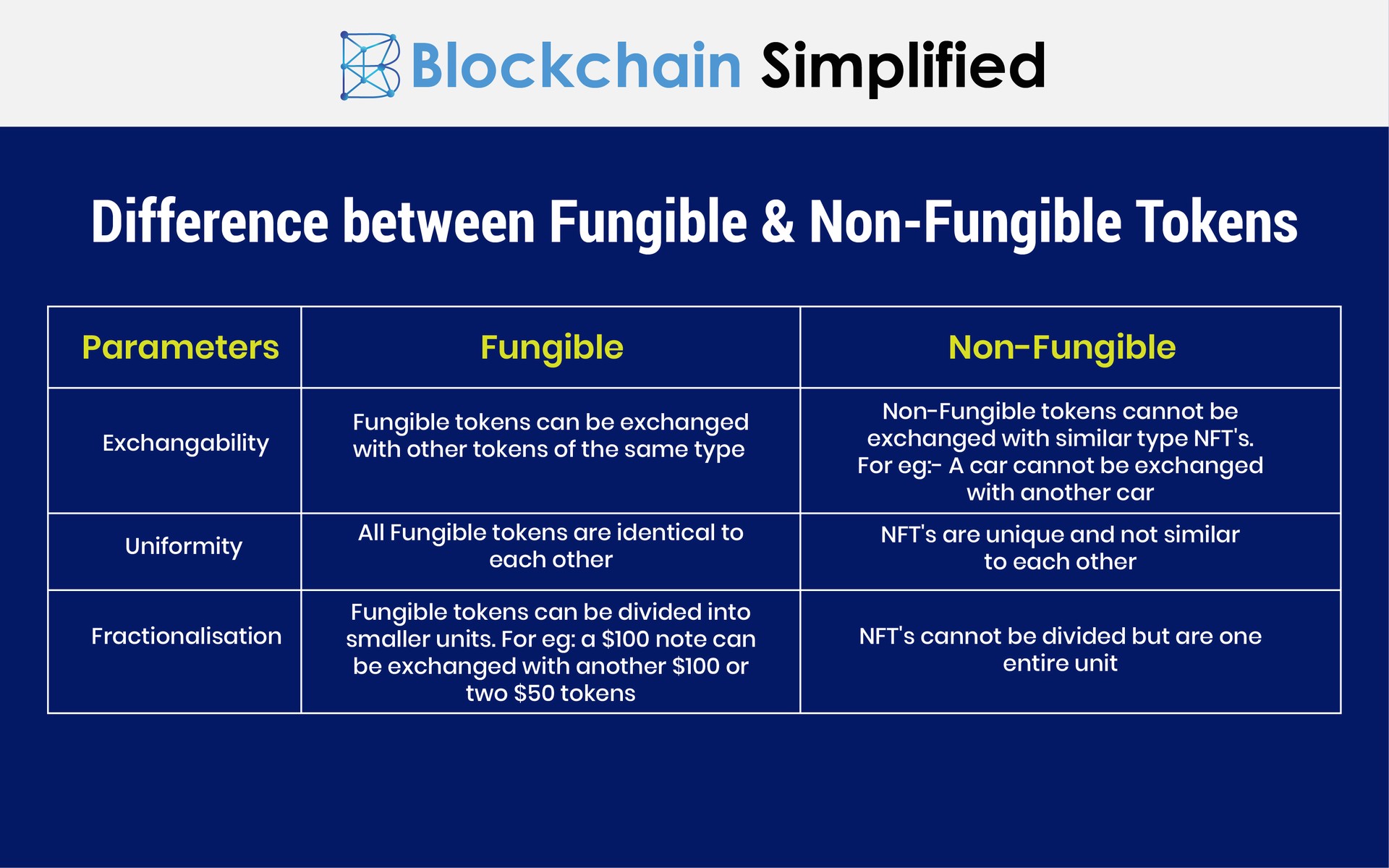