Smart Contracts on Ethereum vs Hyperledger vs Tron 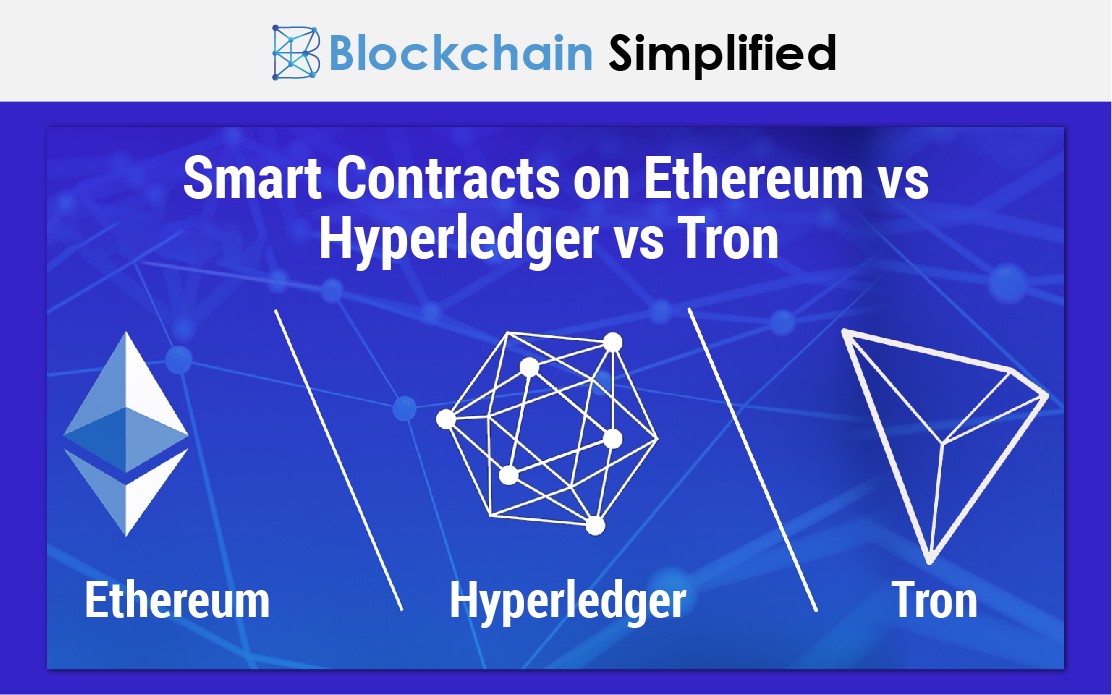 While the main crux and working of smart contracts remain the same on any Blockchain platform, there still are few differences in how they work on different networks. In this blog, let us see how smart contracts execute on Ethereum, Hyperledger and Tron blockchains.

Before looking at the differences, we assume that you know what smart contracts are and how they work and also a brief idea about Ethereum, Hyperledger and Tron.

-Ethereum provides the Ethereum Virtual Machine (EVM) as an environment where dApps and smart contracts within these applications can execute.

-The EVM converts the Solidity code into a machine understandable code to execute the instructions.

-Every transaction is assigned a maximum gas limit. In case a transaction completes before the gas limit allotted, the remaining unused gas is refunded.

-Ethereum smart contracts can be developed for a number of applications including Finance, Retail, Insurance, voting and tons of others. One of the biggest examples would be UBS launching an Ethereum based platform for compliance.. Well, that is just one example. 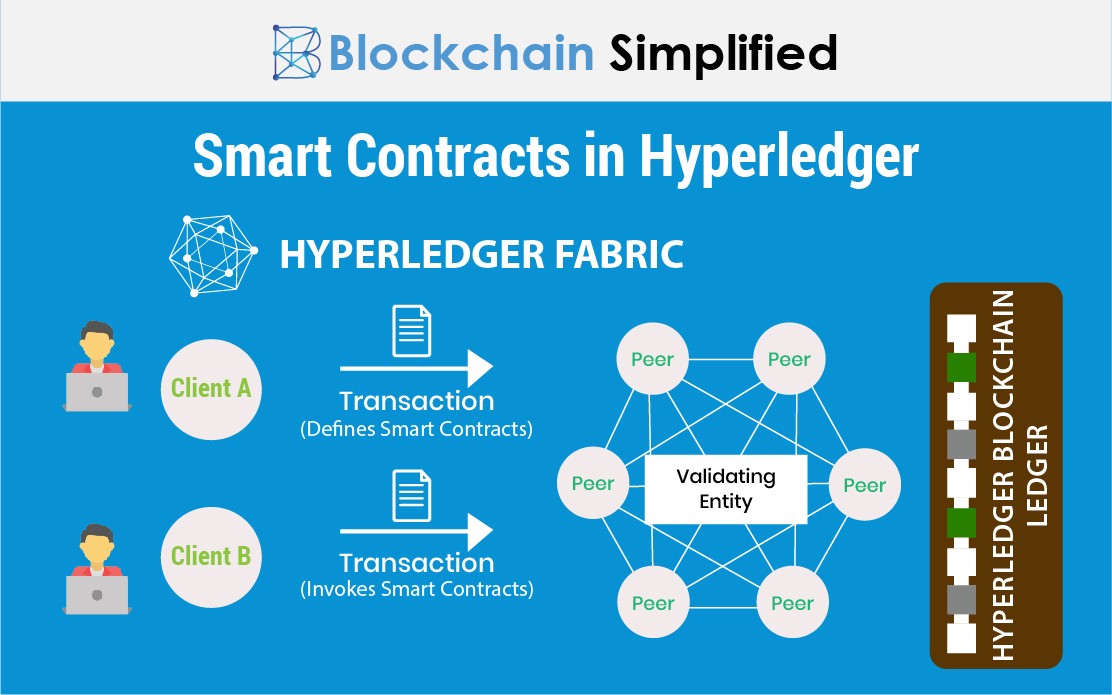 -In Hyperledger, applications run on a special smart-contract code system called the Chain Code, where every participant runs the chaincode in Docker containers.

-Smart contracts are packed in a chaincode and then deployed to a blockchain network. Chain Codes govern smart contracts which govern transactions.

-The chain code has to be defined first in order to execute the smart contracts inside it. A default majority of members approve this chain code definition after which the chain code is committed.

-Hyperledger necessitates the Hyperledger Endorsement policy to be applied on each smart contract. This contains information of the organizations that can validate a transaction generated by the smart contract.

-Smart contracts on Hyperledger are written in Go, Java and JavaScript languages.

(Visit us at https://blockchainsimplified.com to hire Hyperledger developers. We are an offshore blockchain development company based out of Pune, India)

-The TRON protocol is established on the network to facilitate the execution of smart contracts.

-While TRX is the main currency of the Tron Blockchain, Sun is the equivalent of Gas in Ethereum.

-Tron MLM is a ready to use deployment package that manages functions like user registration, payment processing, user rewards, etc.

Learn more about Tron smart contracts in this link. 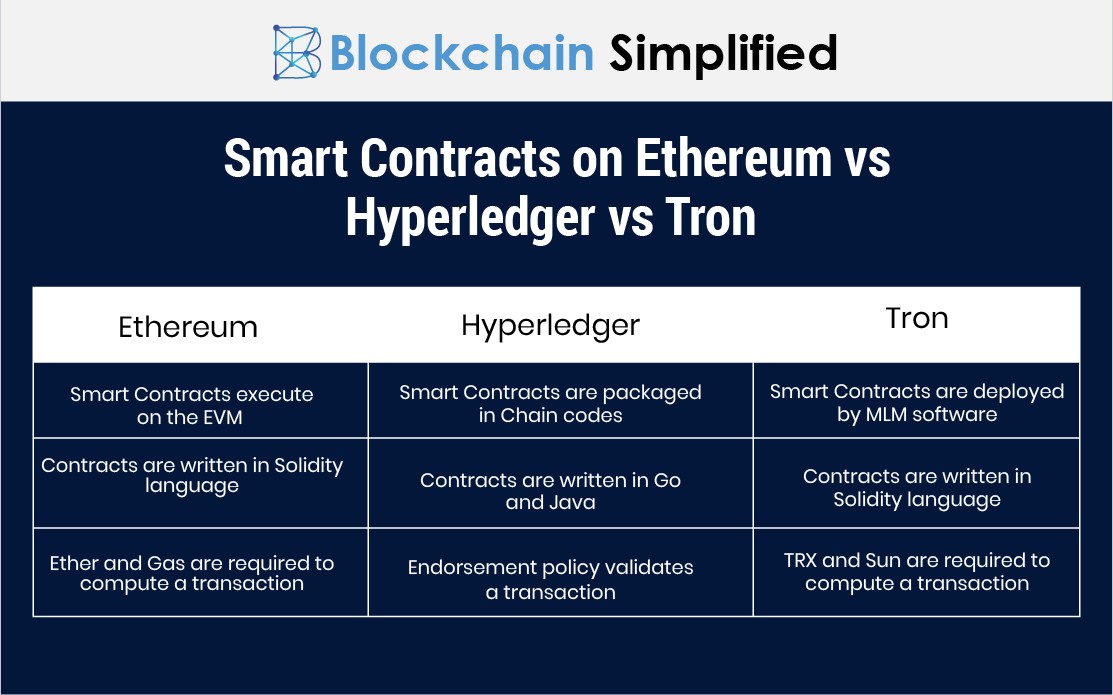 (Visit us at https://blockchainsimplified.com to hire Tron developers. We are an offshore blockchain development company based out of Pune, India)