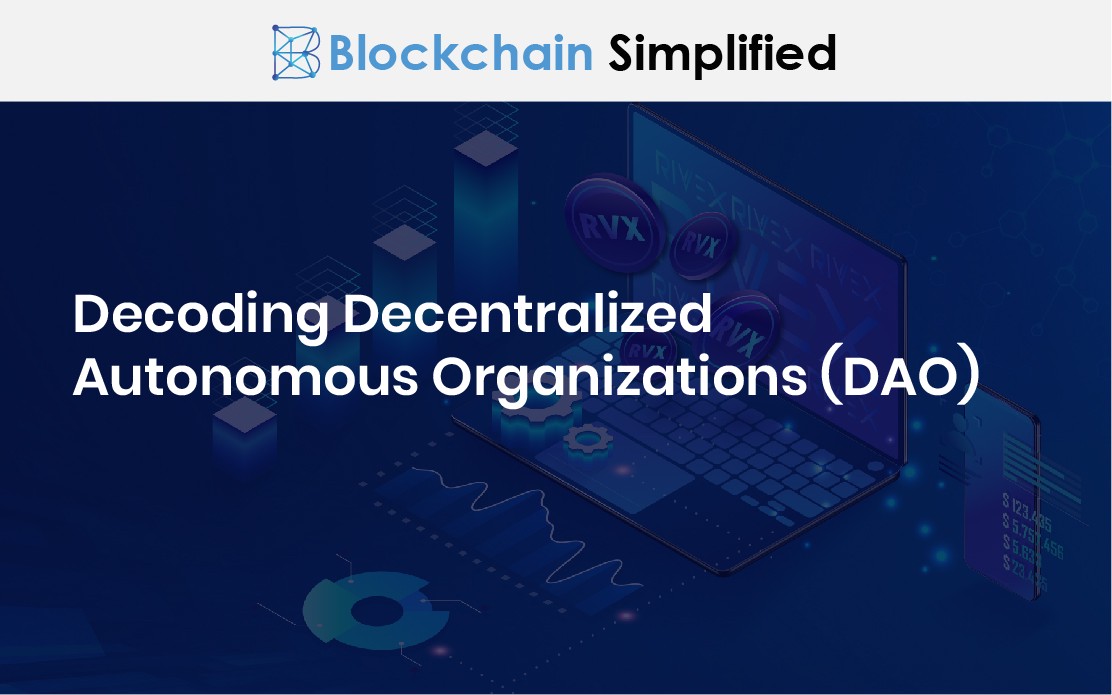 We learnt about Blockchain Governance and how it is absolutely essential to have governance on any blockchain platforms. We studied how Blockchain’s decentralization feature will be beneficial to build a system that runs in a democratic manner.

By implementing the above it is possible to create an environment that is disciplined, democratized and organized. Decentralized Autonomous Organizations (DAOs) are corporations that are decentralized in nature without having any centralized governing body that does Blockchain Governance.

Let us understand what Decentralized Autonomous Organizations (DAOs) are and how it works.

What is a Decentralized Autonomous Organization (DAO)? 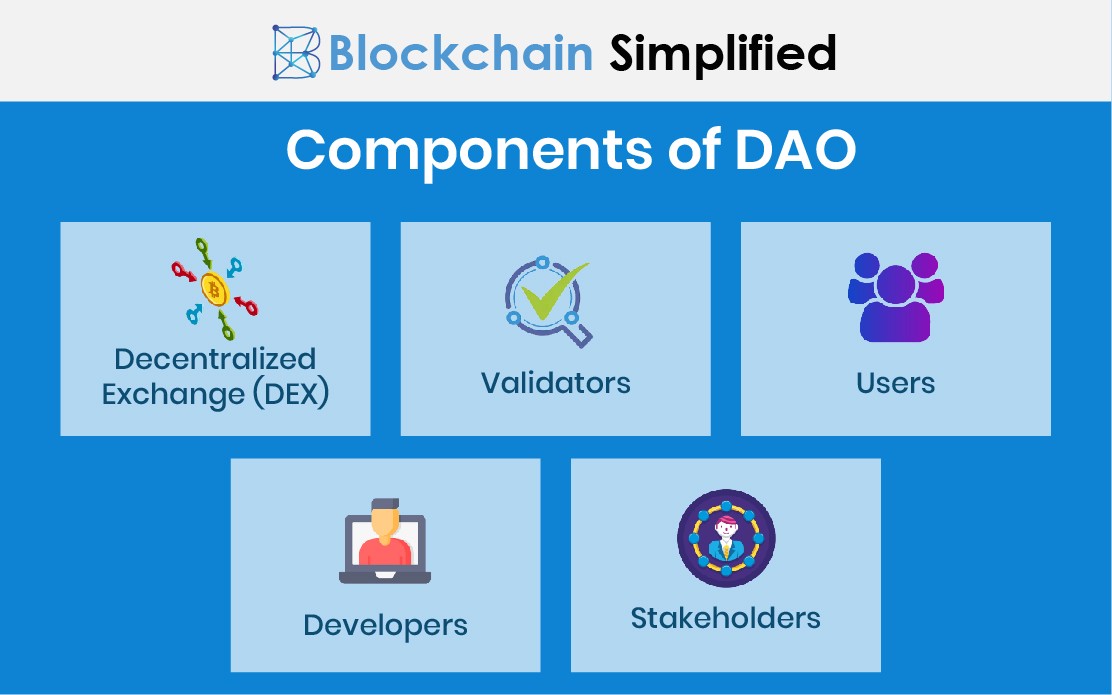 -A decentralized autonomous organization or a DAO is where users on the Blockchain network are owners themselves and are responsible for the rules, regulations made for the transactions.
There is no central authority that governs the users or makes decisions to carry out any transactions.

-In a DAO, the contracts made by the users are written in an executable code format in smart contracts, written in Solidity language.

-Users who have made the rules are also responsible for validating the transactions using consensus-based algorithms.

-These users are called stakeholders or token holders on the Blockchain network. Tokens are given as rewards to these users to motivate them to participate more in validation and affirmation of transactions.

-The more the number of tokens a user owns, the more is their ownership on the DAO.
Until now, most of the Decentralized Autonomous Organizations (DAO) are built on the Ethereum Blockchain.

How does a Decentralized Autonomous Organization (DAO) work?

-In a decentralized autonomous organization (DAO), every token holder is entitled to make decisions pertaining to the network. Since there is no hierarchy of people in a DAO, every stakeholder can participate in decision making. Every participation in decision making can earn stakeholder tokens as rewards and elevate their position in the network for taking major decisions.

-In a decentralized autonomous organization (DAO), participants create their own rules and regulations that are stored in smart contracts.

-Every stakeholder in a decentralized autonomous organization (DAO) works independently without having to depend on hierarchies and top level management for any decision or process.

-However, absence of a central body delays a lot of processes in DAO since stakeholders take their own sweet time to reach to a conclusion for issues on the network.

-Also, stakeholders sometimes withdraw their contributions towards the network whenever they feel the need to. This causes unnecessary issues.

Some of the DAOs that have paved the way for more DAOs in the blockchain space are DAOStack, Colony, Aragon etc.