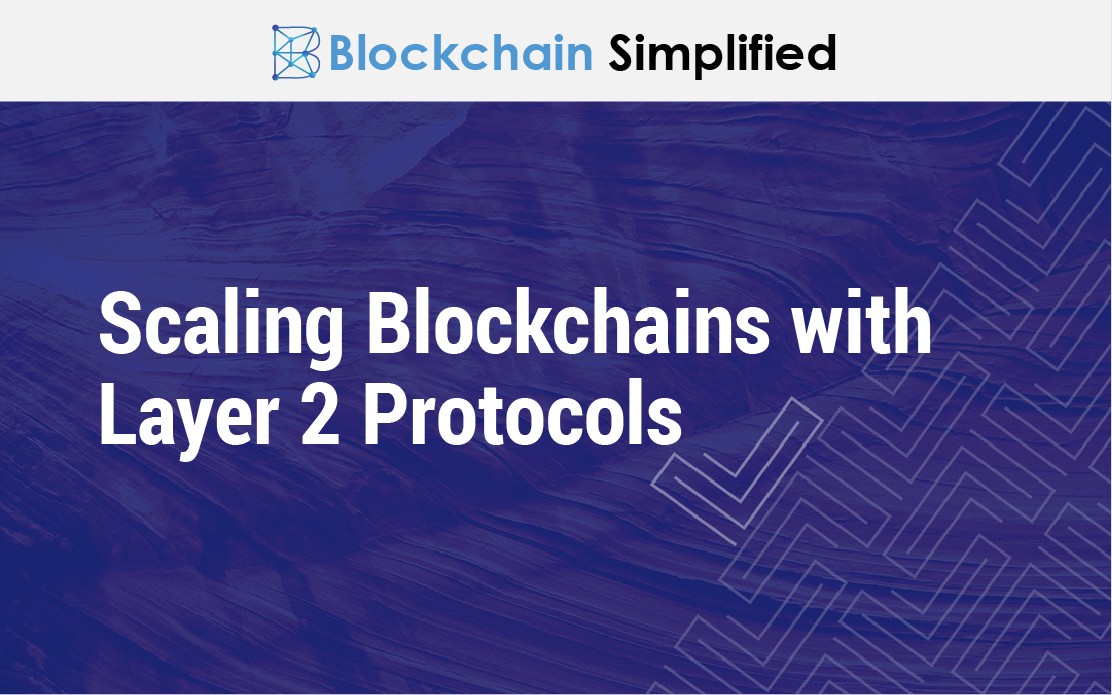 While Blockchain’s features surpass its limitations, Scalability remains its biggest drawback that is making people skeptical about accepting it. Scalability of a system is defined as its capacity to continue working efficiently even when huge volumes of traffic are involved. Due to the absence of load balancing, the Blockchain layer is forced to carry out all the processes alone, which makes the system slow and inefficient. Although Sharding as a concept does solve this problem to a certain extent, blockchain’s native limitations still don’t completely support it to make it successful.

As an alternative, Root blockchains are also one of the solutions that could solve these issues, but they tend to be more centralized which defeats the very purpose of implementing Blockchain i.e. decentralization.

Layer 1 or Base Layer is the main or the only Blockchain layer in a system that is responsible for every task or process that the system needs to perform. 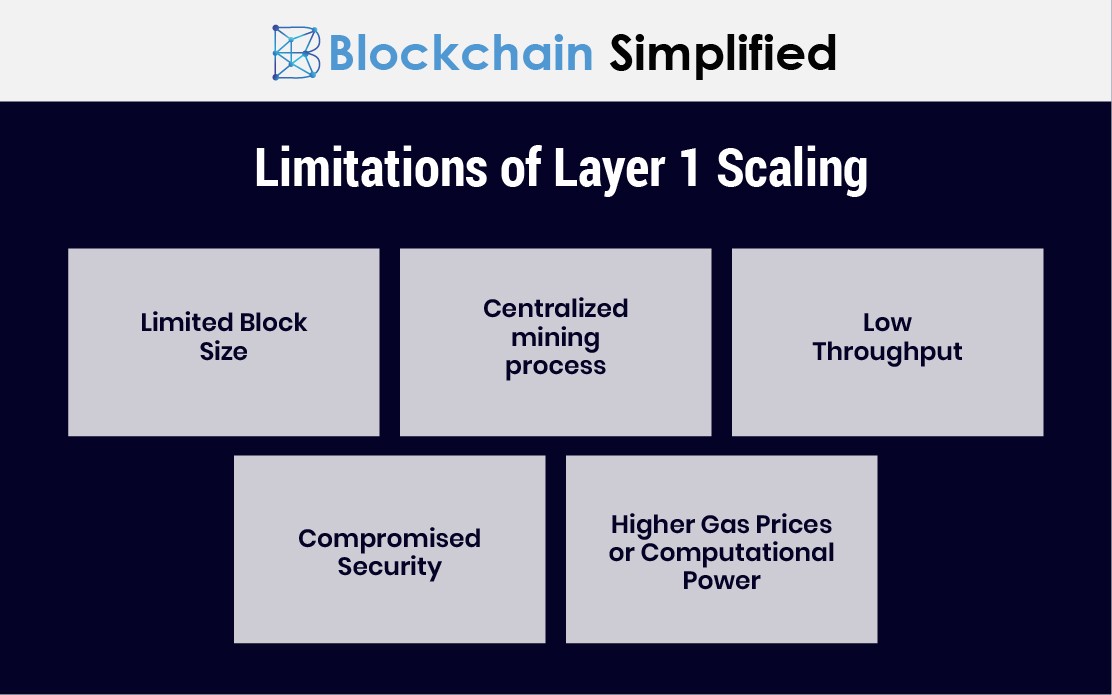 In order to achieve scalability, either the Layer 1 has to be horizontally scaled by adding more nodes to the existing Blockchain network or it has to be vertically scaled by increasing the power of the existing nodes i.e. increasing their size. While adding more nodes is anyway going to make the system slow since every node has to perform computations, the only way is to vertically scale the system. This means that only systems with more power can operate in the network to validate and less powerful cannot participate in the validation process. This makes the mining process more centralized as validating power remains only with few nodes.

In the process of adding more nodes to Layer 1, the speed of the system is compromised and the network becomes slow. Transactions are stuck or delayed making the network completely inefficient.

A blockchain network is more secure when there are more validator nodes. More validator nodes means more affirmations and more decentralization. If Layer 1 is scaled either by vertical or horizontal scaling, then the power of validation is restricted to only powerful nodes making the system insecure and centralized.

Getting started with Layer 2 Blockchain Scaling 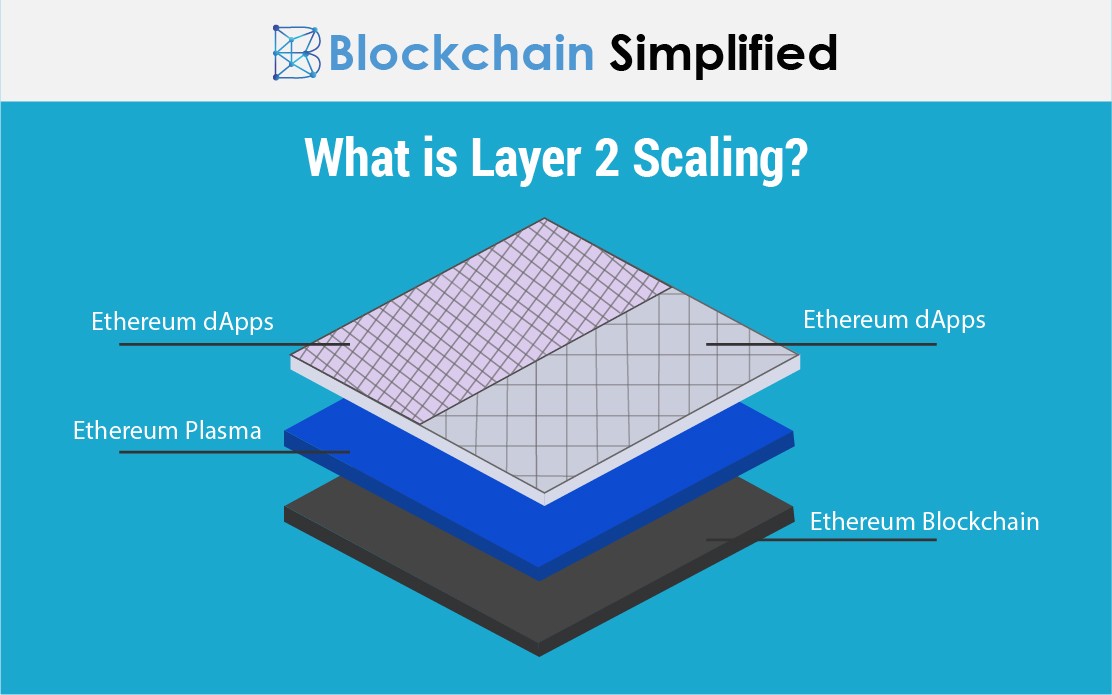 Layer 2 Blockchains are built on top of Layer 1 and are called as “off-chain” solutions. Layer 2 Blockchains are built in a way such that network operations get divided between Layer 1 and Layer 2 blockchains. Layer 1 is thus off-loaded with fewer operations by Layer 2, thus freeing up its resources. Transactions are processed at exponential speed as secondary activities take place on the Layer 2 blockchain. The system becomes easily scalable even when approached with tonnes of network traffic. While dApps are on top of both the layers, Smart Contracts generally reside on the Layer 1 and communicate with the Layer 2 whenever need be.

Layer 2 blockchains, by taking the load of some activities of the base layer or Layer 1 blockchain, make way for faster transactions and high throughput.

By introducing a Layer 2 Blockchain, there is no need of adding more nodes to the existing base layer to achieve horizontal scaling. The base layer can operate seamlessly with the existing nodes that can participate in validation and achieve decentralization. More the chain is decentralized, the more secure it is.

Lesser Load on the Base Layer & Extremely scalable

Layer 2 Scaling reduces the load on the base layer by managing many activities on its own, thus enabling layer 1 to process more transactions than normal and making it more scalable. 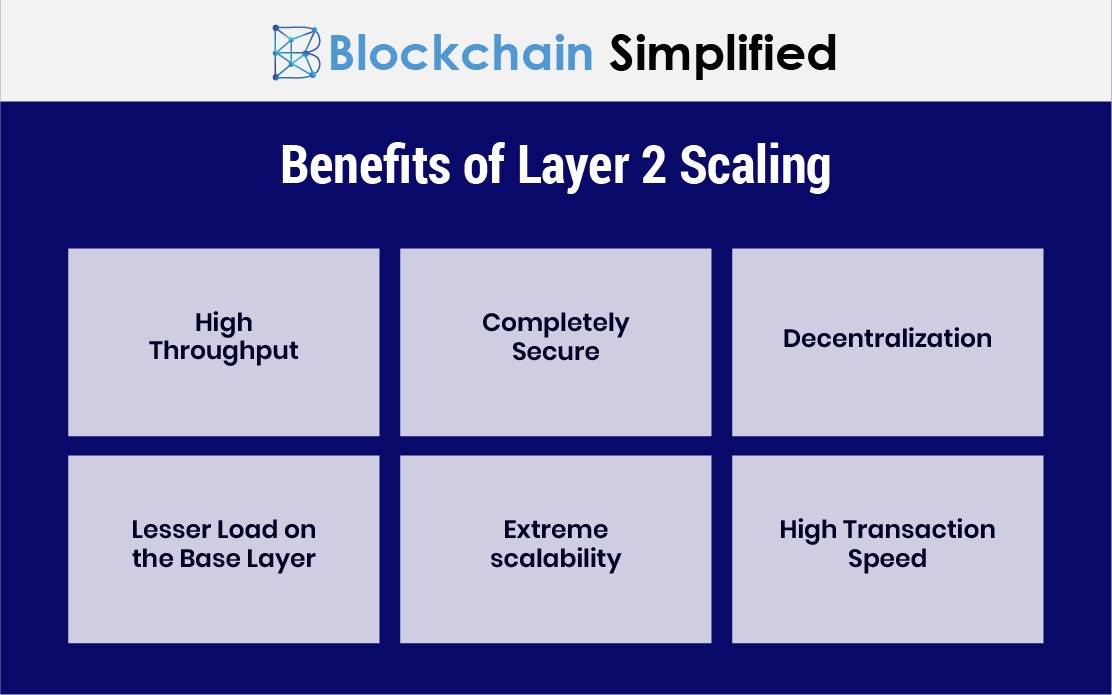 Read our blog on Matic Network.