How to use Substrate to create Parachains in Polkadot 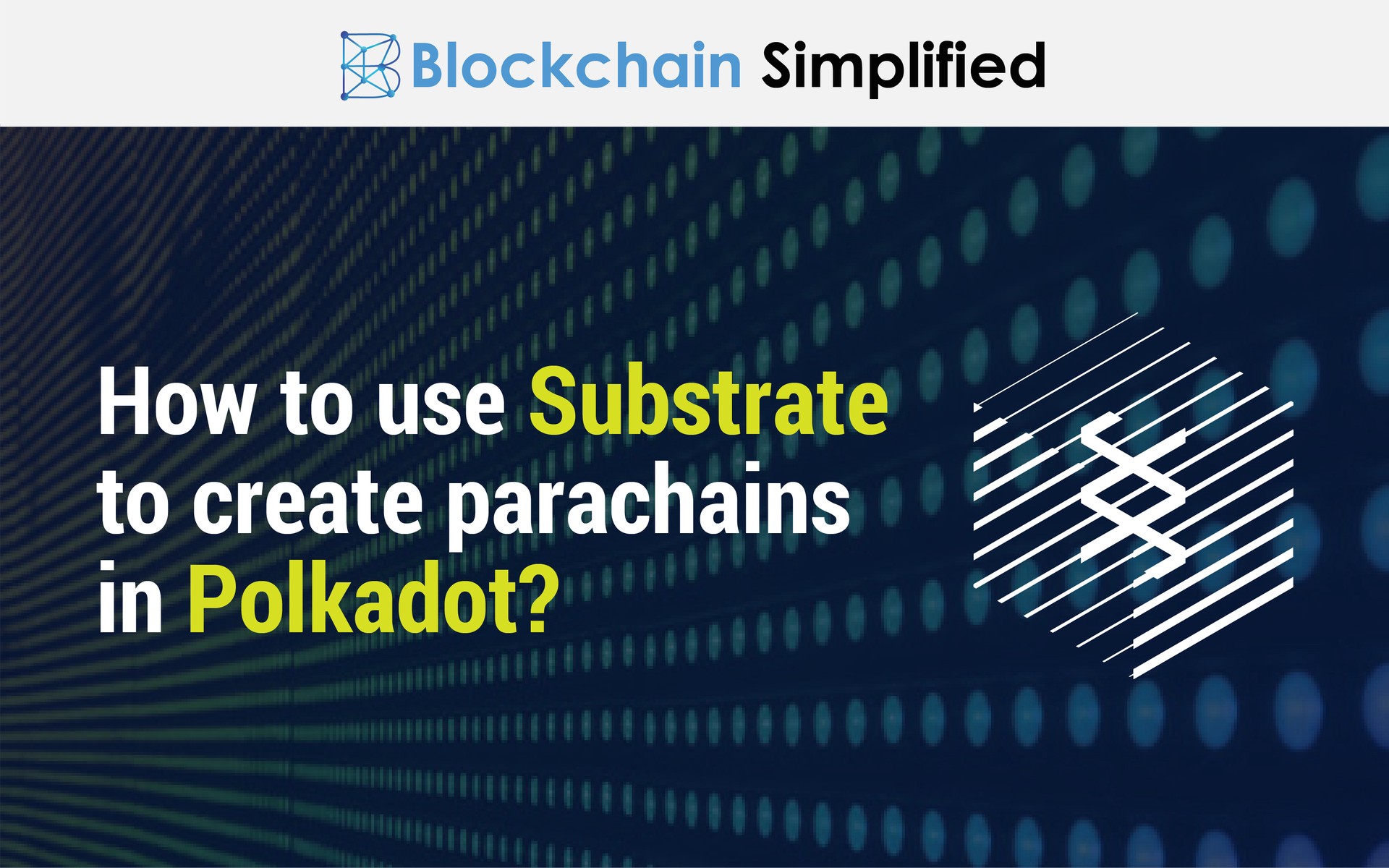 Do you remember in our last blog on Polkadot, we talked about Substrate being used for the creation and development of Parachains? On a very basic level, Substrate can be defined as the framework for creating blockchain networks on Polkadot; rather Polkadot has been built using Substrate. But by no means is Substrate used only for Polkadot; in fact it is not a part of Polkadot at all. Confused?

Substrate is a framework that can be utilized to build solo, sovereign Blockchain systems for Decentralized Finance outside Polkadot as well. Let us dive deep and understand the A to Z of Substrate in this blog.

(Visit us at https://blockchainsimplified.com for your Blockchain development requirements.)

In some of our previous blogs, we learnt about some mobile app frameworks like React Native & Flutter that simplify the process of developing an app. There are also web app development frameworks like Angular (MEAN) or Express (MERN). Similarly, Substrate framework is used to build blockchain projects. Different parachains in Polkadot represent different functionalities in a project as we saw in our blog on Polkadot. These parachains are built using the Substrate tool. Not that they cannot be built in any other language, it’s just that Substrate simplifies and eases the entire process.

Substrate, in its latest 1.2 beta release consists of,

Due to the usage of WebAssembly, Substrate always guarantees high performance and also promises forkless upgrades. Substrate is built using the Rust programming language. The code is then compiled into a WASM executable that is executed by the WASM runtime engine. 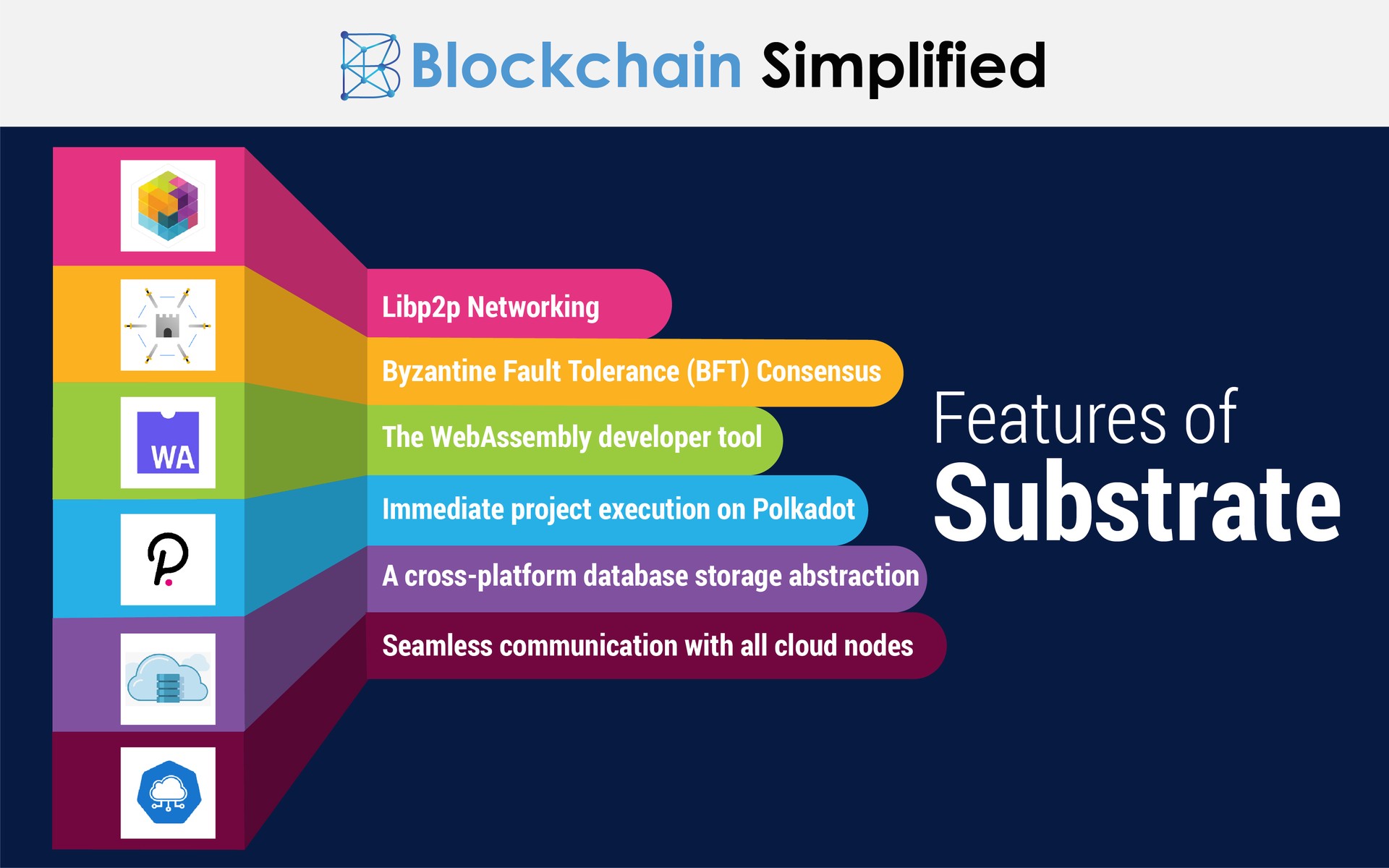 An amazing tool for creating parachains, Substrate has several features to build a Blockchain project. Listed below are some of the prominent ones.

1) Byzantine Fault Tolerance (BFT) Consensus : As mentioned above, Substrate is integrated with the BFT consensus algorithm, which ensures that the Blockchain works even if some nodes are broken or disabled.

3) The WebAssembly developer tool : Compatibility with the WASM community with its efficient tools like the runtime engine ensure highly performant applications.

4) Substrate can seamlessly execute a node in the browser as well as communicate with all cloud nodes.

6) With Substrate, you can immediately deploy the created projects on Polkadot and start execution.

(https://blockchainsimplified.com is a top Ethereum development company in Pune, India.)

Substrate and Polkadot go hand in hand. If you want to create a blockchain of blockchains on Polkadot, then Substrate is the best tool to start with. It’s simple yet supremely useful features help you build a dynamic, efficient and highly performant Blockchain system.