Connecting the blockchain dots with Polkadot 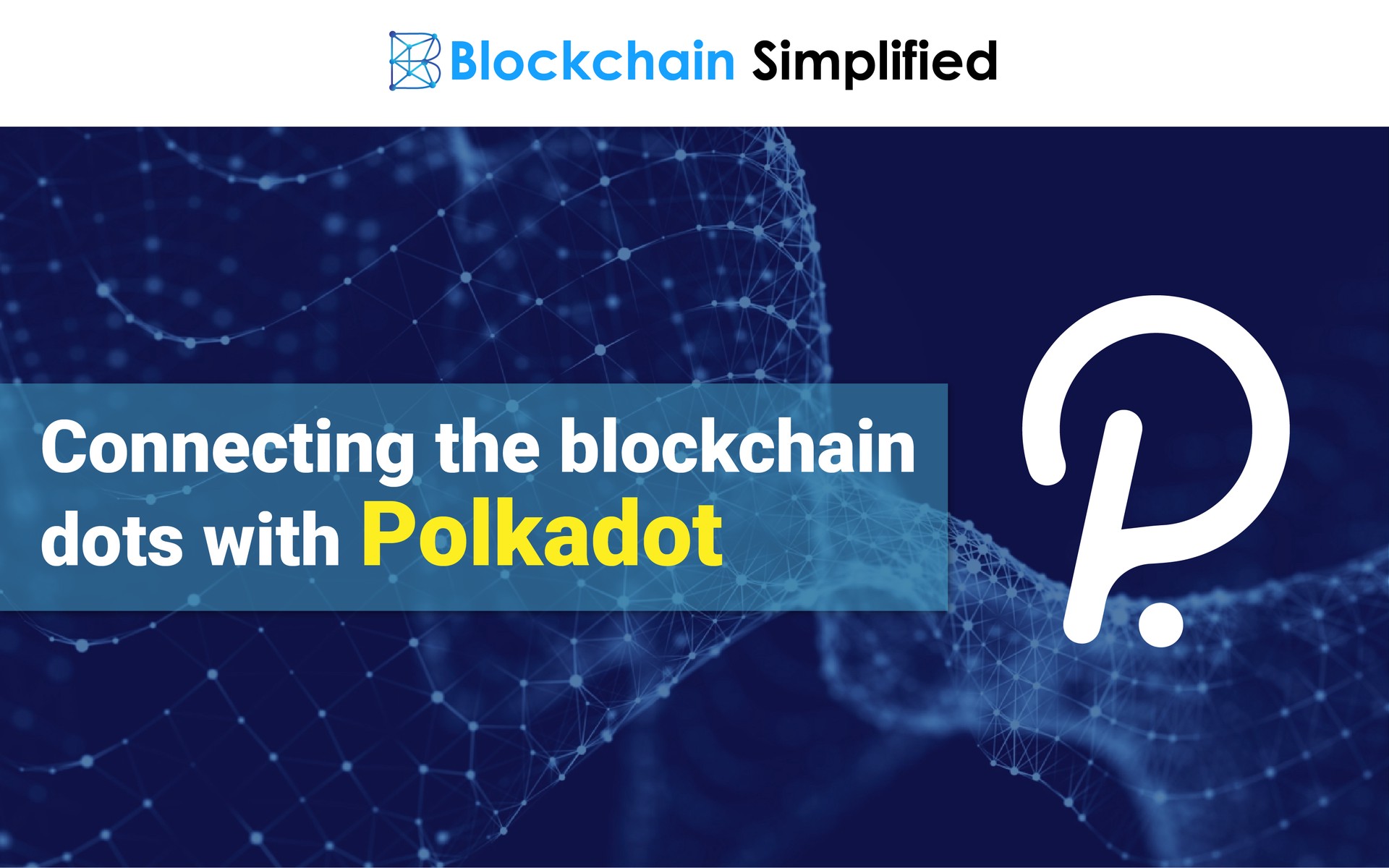 It is known that a single Blockchain network cannot suffice all the requirements for a dApp to be performant and scalable. For eg:- even with Ethereum 2.0, an application cannot be scalable and performing if there are tonnes of smart contracts executing simultaneously. For a Blockchain application to perform to its fullest, it is important for it to leverage the benefits and features of multiple Blockchain networks. Several such projects to bridge multiple blockchains have been released and launched in the market, amongst which Polkadot is one of the popular ones. Polkadot network provides a platform for multiple blockchains to seamlessly communicate with each other.

1) An open source project developed by the Web3 Foundation and Parity Technologies, Polkadot is a Blockchain network protocol that allows interoperability between two or multiple Blockchain systems.

2) Polkadot connects different blockchains under one network, all operating with each other on a single platform.

3) The main objective with which Polkadot was designed was to increase the scalability of Blockchain systems by making them interoperable.

5) Polkadot supports the transfer of any kind of arbitrary data or assets across blockchains.

(https://blockchainsimplified.com is a top Ethereum development company in Pune, India.)

How does Polkadot work? 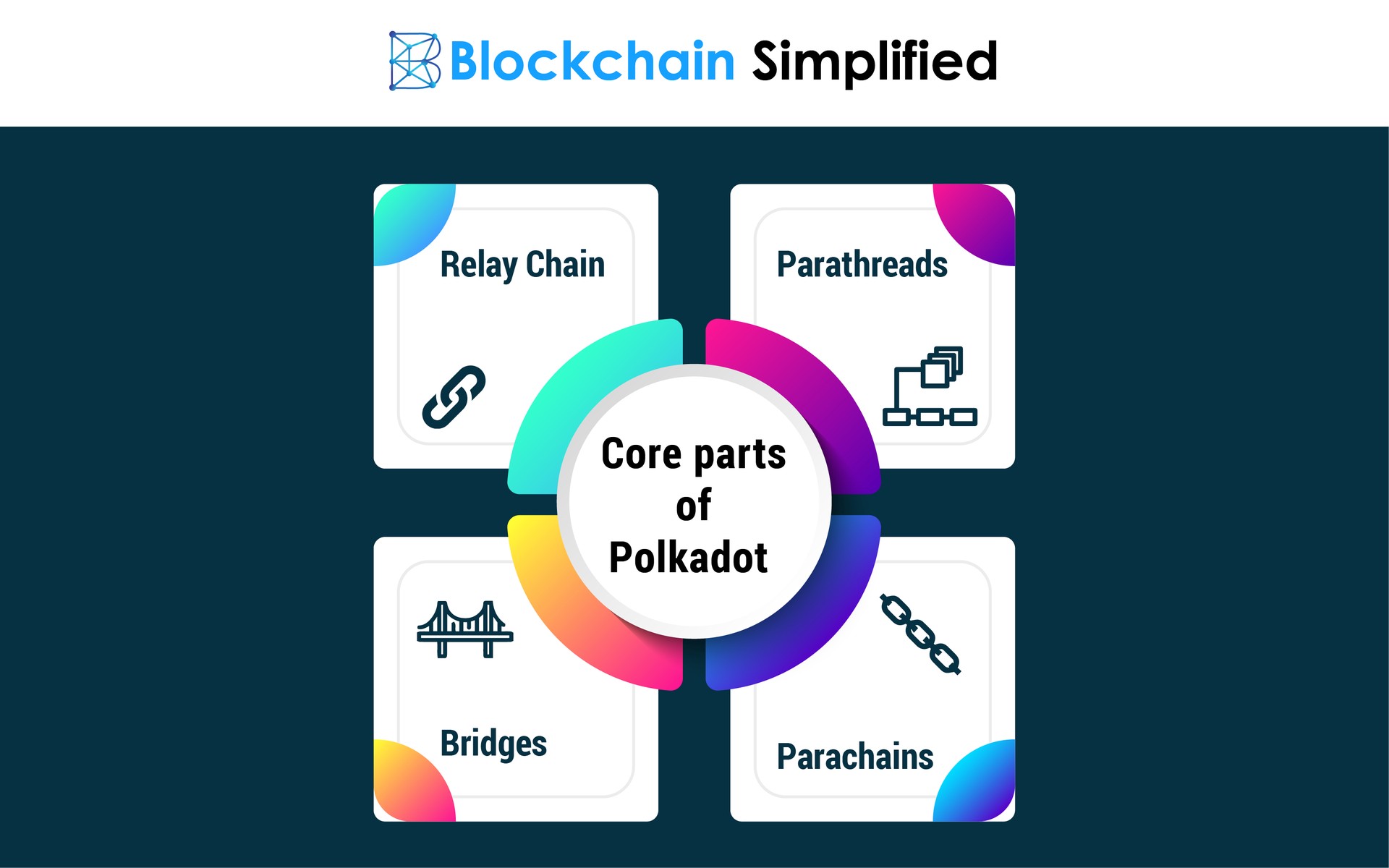 Polkadot simplifies the process of cross-blockchain communication, cross-blockchain transfers by bringing together multiple blockchain frameworks onto one platform. But it isn’t as easy as it looks. A robust infrastructure consisting of Relay Chain, Parachains, Parathreads, and Bridges form the Polkadot network and are essential components that are responsible for the smooth functioning of it. Let us go through them in detail.

The most important part of Polkadot, Relay chain is primarily responsible for all the communication that has to happen between the participating blockchains. As we read above, Polkadot has a common set of validators that validate and secure transactional data and add blocks to the chain. These validators fetch blocks from all parachains on the network.

Parachains are individual blockchains that are connected to each other via the Relay Chain. Each parachain will have its own purpose and functionality - one for smart contracts, one for stablecoin payments, one for identity management so on and so forth. These are just examples and one parachain can be tuned to perform any kind of function. Parachains can earn a place in the Polkadot network by participating in public auctions.

Parathreads do the same task as parachains do; the only difference being that the Parathreads are run on a temporary basis. Parathreads are instant parachains in the sense that they do not participate in any kind of auctions for obtaining a slot in the Polkadot network instead they are leased instantly. This is economical as compared to parachains as buying a parachain slot is quite expensive.

Bridges will connect other already existing blockchains with Polkadot for transfers of tokens or other assets. Back in our blog on Blockchain bridges, we learnt how two or multiple blockchains can operate together to leverage the benefits of all the blockchains. 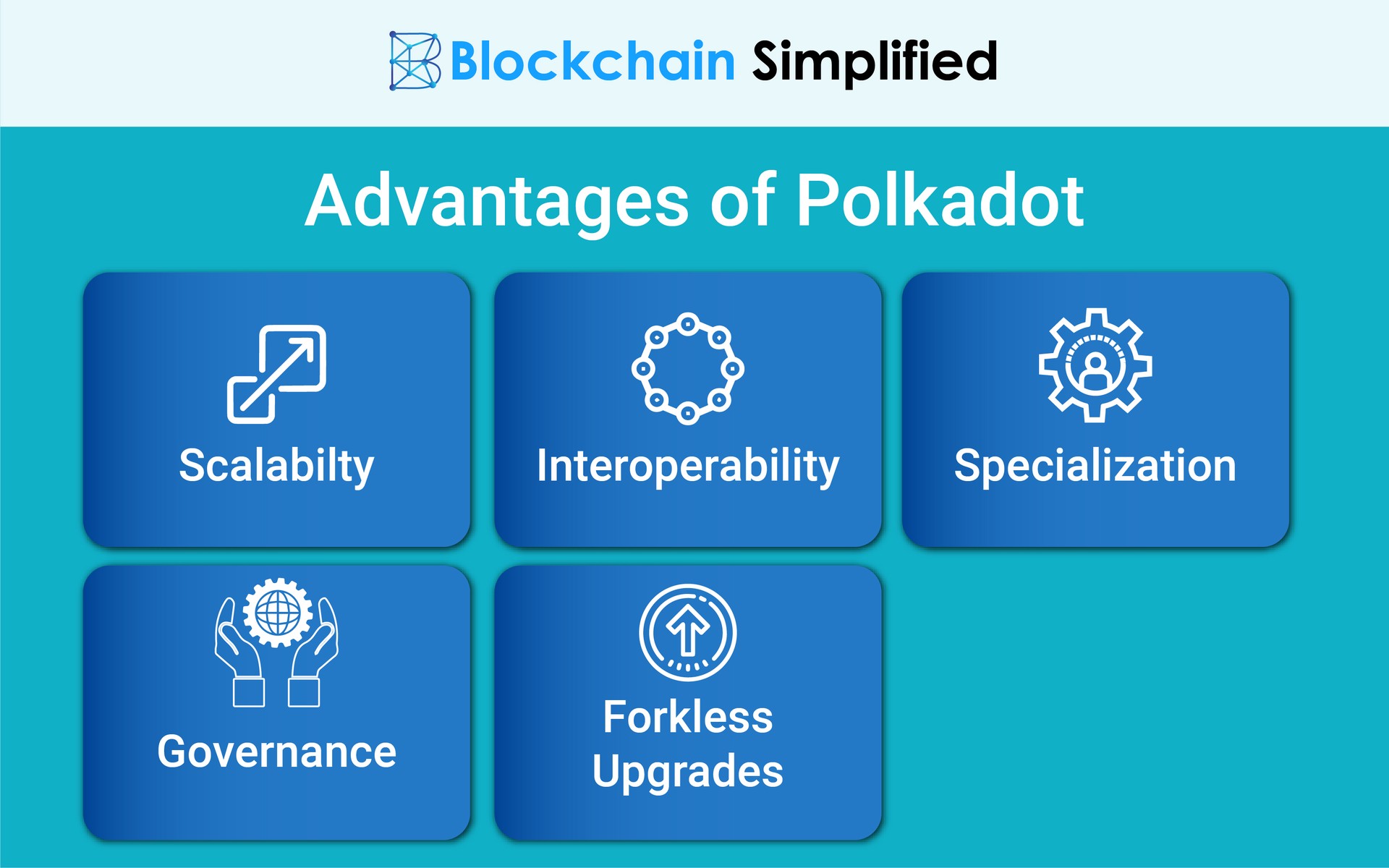 Ethereum’s scalability issues are well known. Single transaction execution is the biggest reason for systems to work at low speed. With Polkadot, concurrent and parallel execution of transactions as well as common set of validators ensure that systems run at amplified speed and are scalable even when there are a million transactions executed simultaneously.

Polkadot’s main aim is to enable seamless communication between parachains. These parachains not only interact and enable transfer of tokens but can transmit any kind of messages and data to each other. This is possible due to the Cross-Chain Messaging Protocol (XCMP).

Like explained above, each parachain can be set to specialize in a particular task or function. These functions can be storage, smart contracts , payments etc. This will not only help achieve scalability but also reduce code redundancy that is generally required to run a full-fledged blockchain.
Polkadot offers Substrate, a SDK which helps in creating and deploying parachains.

Polkadot provides the flexibility of community governance that is completely decentralized. This will ensure that even users have control of the network and can give their opinions and suggestions on how the network should be run.

As in any software upgrade, the community is at risk when it comes to making significant changes or modifications like adding new features or eliminating bugs. Even for blockchain upgrades, a hardfork is needed if there is a critical change in the code. But there is always a threat of network split in such cases like the recent Bitcoin Cash split..

But this is not the case in Polkadot. Since it is made of parachains, each parachain can have its own upgrade without affecting the other chains or the network. This is one of the biggest advantages of Polkadot.

(Visit us at https://blockchainsimplified.com for your Blockchain development requirements.)

Polkadot is equivalent to a complete decentralized network. With its flexible, secure and interoperable features, Polkadot is here to literally connect the missing dots between blockchains!