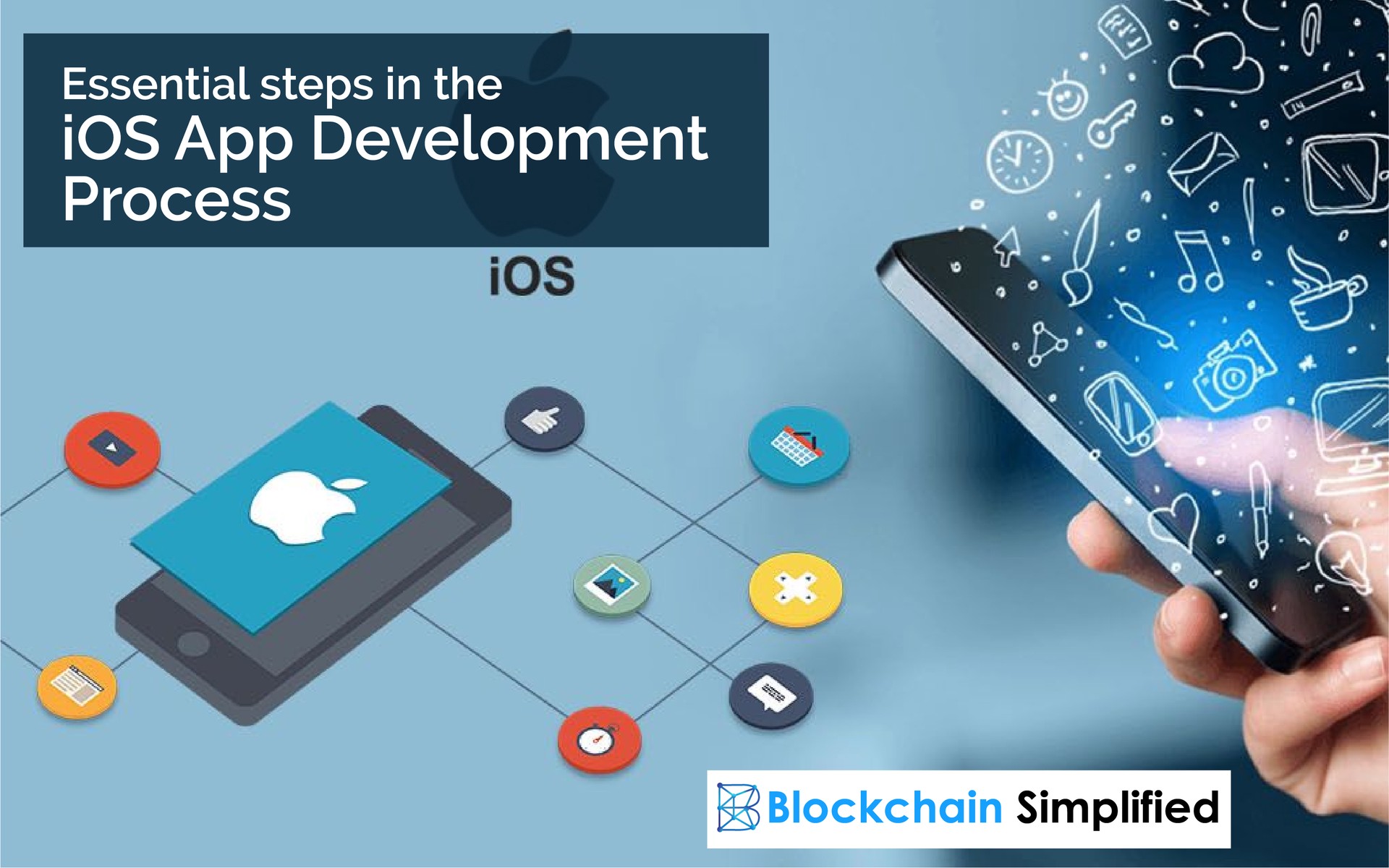 The demand for cross platform mobile apps is huge in the market today thanks to frameworks like React Native, Flutter, Xamarin etc which have made possible the easy development of such apps. Also, Progressive Web Apps are slowly but steadily paving their way up. The battle of PWA v/s Native Apps has been doing the software circles since long and technical scientists are still trying to figure out which is the best?

But all said and done, native mobile apps have their own charm, features and flexibility. Our cell phones have hundreds of apps that are used for multiple activities like daily chores, entertainment, bill payments and much more. Today every company has their own app for facilitating users to access their products or features by just a click on the cell phone. Apple’s iPhone, though expensive, has tremendous market value and enjoys a loyal and huge customer base across the world. Check out iPhone retention rate in the US in the year 2017 in the below graph. 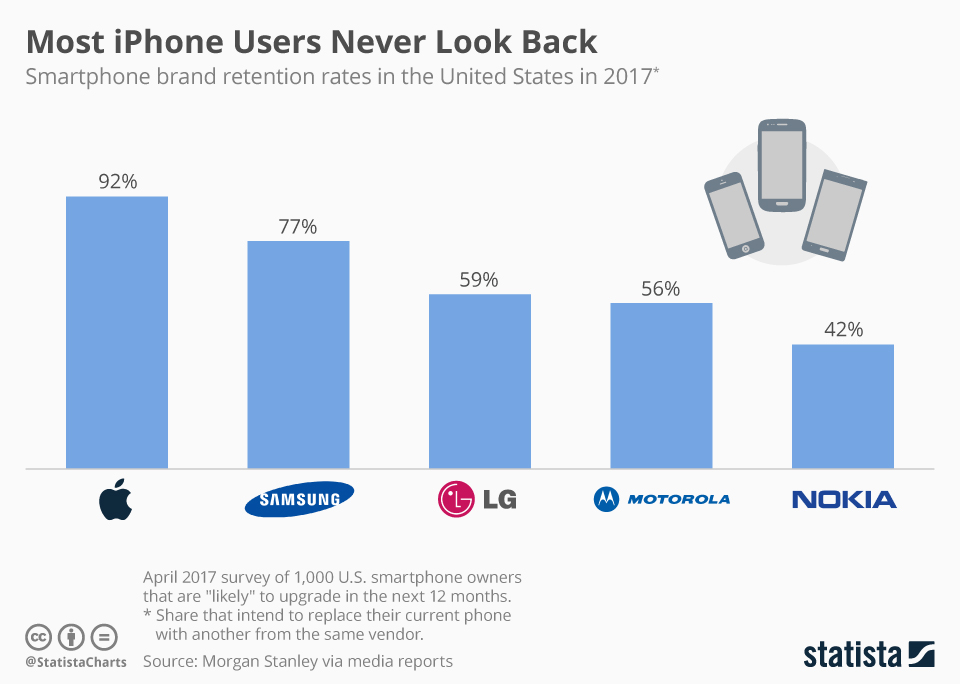 iPhone apps or iOS apps (iOS is iPhone’s operating system), as they are interchangeably addressed, are simple, robust, ensure complete privacy and integrity. They are easy to use & provide terrific user experience. Apple’s privacy policies and rigorous app submission process ensures that users always get high quality apps. Hence the iOS app development is quite challenging for developers in the sense that it has to fulfil all the necessary requirements laid out by Apple. iOS app development includes detailed planning, designing, developing a dynamic app that meets Apple’s high standards and is great enough to be published on the App Store. 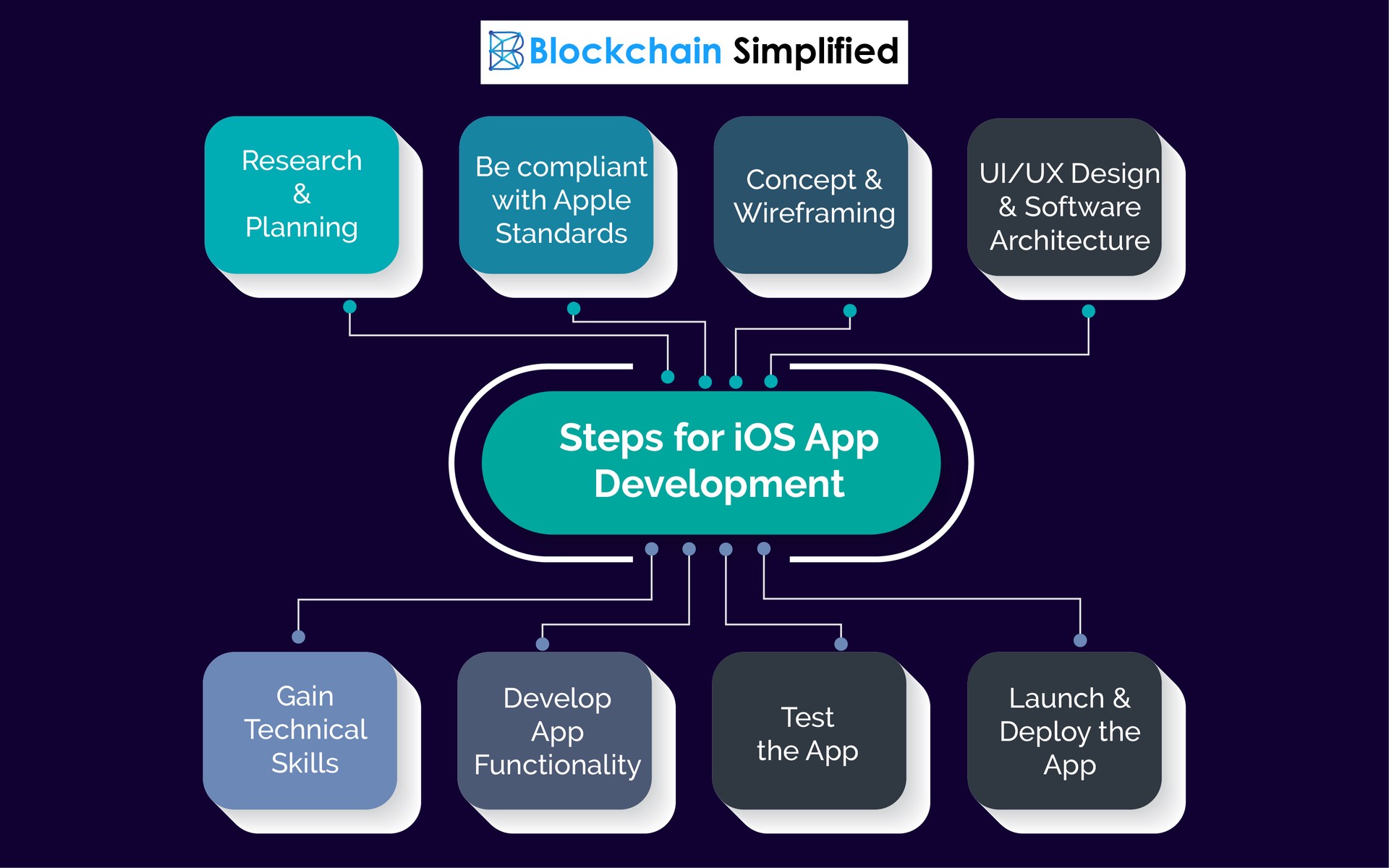 According to a report, there are a whopping 1.85 million iOS apps available on the App Store currently. A complete research and analysis about the already existing apps and the feasibility and sustainability of your new app to be developed has to be conducted before you actually get into iOS app development. In our previous blogs on POC or MVP, we saw how a prototype of the app should be designed in order to check if the idea is audience-friendly and customers are interested. Comparison with other apps can give you a picture of features or advanced facilities the app is lacking, which can be added in your iOS app.

As discussed above, Apple has high standards and requirements to comply with if you want to get your iOS app published on its store. They have strict guidelines for iOS app development in terms of design, privacy, security, safety, legal formalities etc. If you look at all iOS apps, they all have a point of commonality with respect to their look and feel. It is very important for any developer to have thorough knowledge of this so that he/she carries out the iOS app development adhering to these guidelines. This will help in getting the app published on the store immediately without any hassles or modifications.

Documenting your requirements after concept creation is the next step in iOS app development. After handing over the requirements to the Design team, they then create wireframes to show how the app would look like. A wireframe is nothing but a blueprint or image that presents the design of the app along with the functionality of all the screens. This is the stage where the process flow of the app is also discussed and freezed.

A seamless user experience is one of the major features of any app. Similarly, in iOS app development as well, a visually attractive as well as easily navigable app is top priority, not to mention that these should be in accordance to Apple’s requirements. Graphical features, icons, different animations and guidelines for other various components have been provided by Apple which need to be followed to make the UI and UX dynamic and appealing.

In iOS app development, Data, User and Software form the three major components of the MVC structure. The developer has to simultaneously develop the front-end as well as the back-end so that they both work in tandem. This helps in determining and analysing whether the app is scalable in nature and how stable it is.

(https://blockchainsimplified.com is a top iOS app development company in Pune,India)

Having command over the different tools and languages required for the iOS app development is very essential. Below are a few tools and technologies required to develop an iOS app.

2) AppCode - AppCode is another IDE that allows iOS app development. It is completely compatible with XCode with no additional configuration required.

3) iOS Programming Languages - Objective-C and Swift are the two popular languages that are required to develop an iOS app. Objective-C is an extension of the C language. Swift is Apple’s programming language and is faster than Objective-C, according to Apple. It is more concise, sustainable and safer.

6) Cocoa and Cocoa Touch - These frameworks are used to create the API stacks. The Cocoa framework contains definitions for classes that are used to develop GUI for iOS applications. 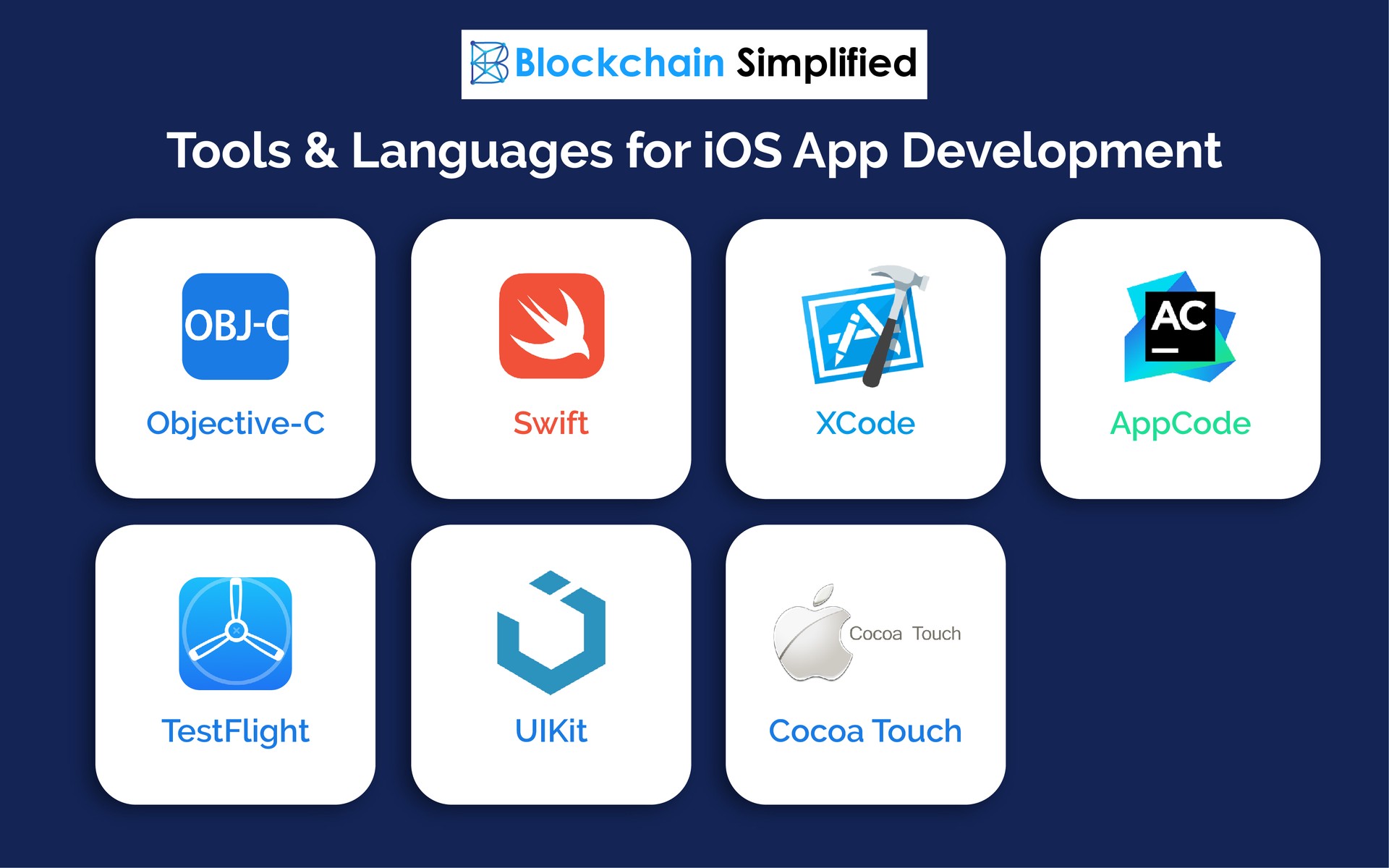 The front-end-development, the APIs and the Back-end development form the entire crux of any iOS app, or any app for that matter.

One should also pay attention to factors like app architecture, its performance, energy consumption etc while developing the app. Following the Agile approach during iOS app development to accelerate the process is the correct method of development.

This is a very crucial step in iOS app development. Keeping in mind Apple’s strict submission policies, the app should be thoroughly tested for parameters like performance, UI experience, security, compliance, privacy, energy and memory consumption, scalability, stability and multiple other guidelines laid by Apple. Once testing is completed for all the above parameters, the app can be submitted for approval in the App Store.

After Apple approves and publishes the app, the app is successfully launched. But now starts the journey of maintenance and support. Frequently updating the app with newer and better features, analysing success of the app in the market, generating customer feedback etc form the basis of the maintenance stage. This is a continuous process in the iOS app development.

Here’s an example of a step-by-step iOS app development process.