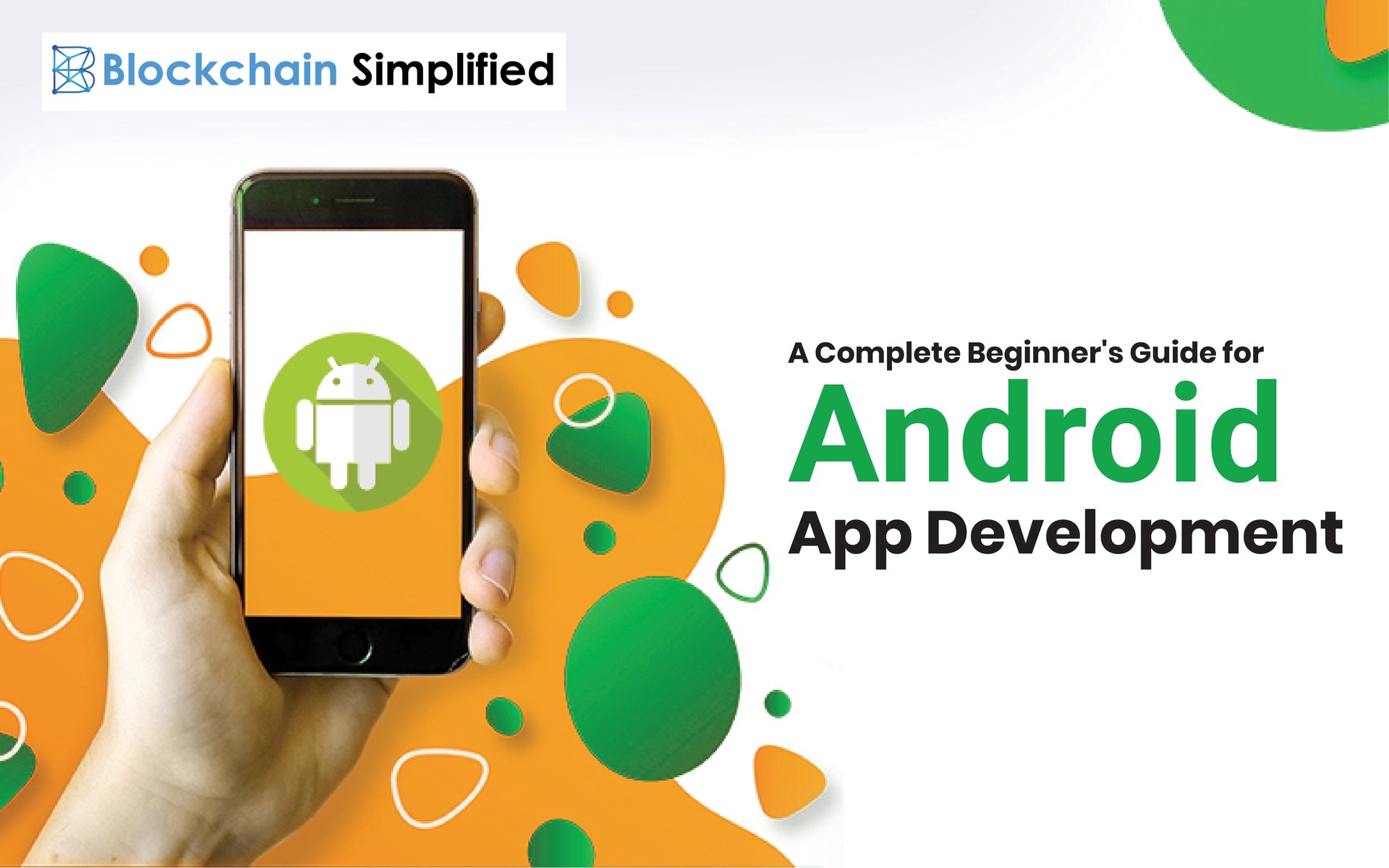 In our previous blog, we learnt about the necessary steps for developing an iOS App. There are many advantages to building an iOS app , hence iOS App development has a lot of market value as iPhone has its own loyal customer base. Though cross platform apps are much in demand, there is also a huge requirement for native apps.

Android App Development is also one of the trendsetters in the market and has gained quick popularity amongst developers and customers alike. Android has a pretty good Customer Satisfaction Index (CSI) thanks to its compatible nature of service and unique features. Plus, Android keeps reinventing itself with newer features and advanced updates to better itself. Check out the latest trends in Android app development for 2020. . According to Statista, Google Play Store has higher number of apps than Apple’s App Store which clearly indicates Android’s preference over iOS. 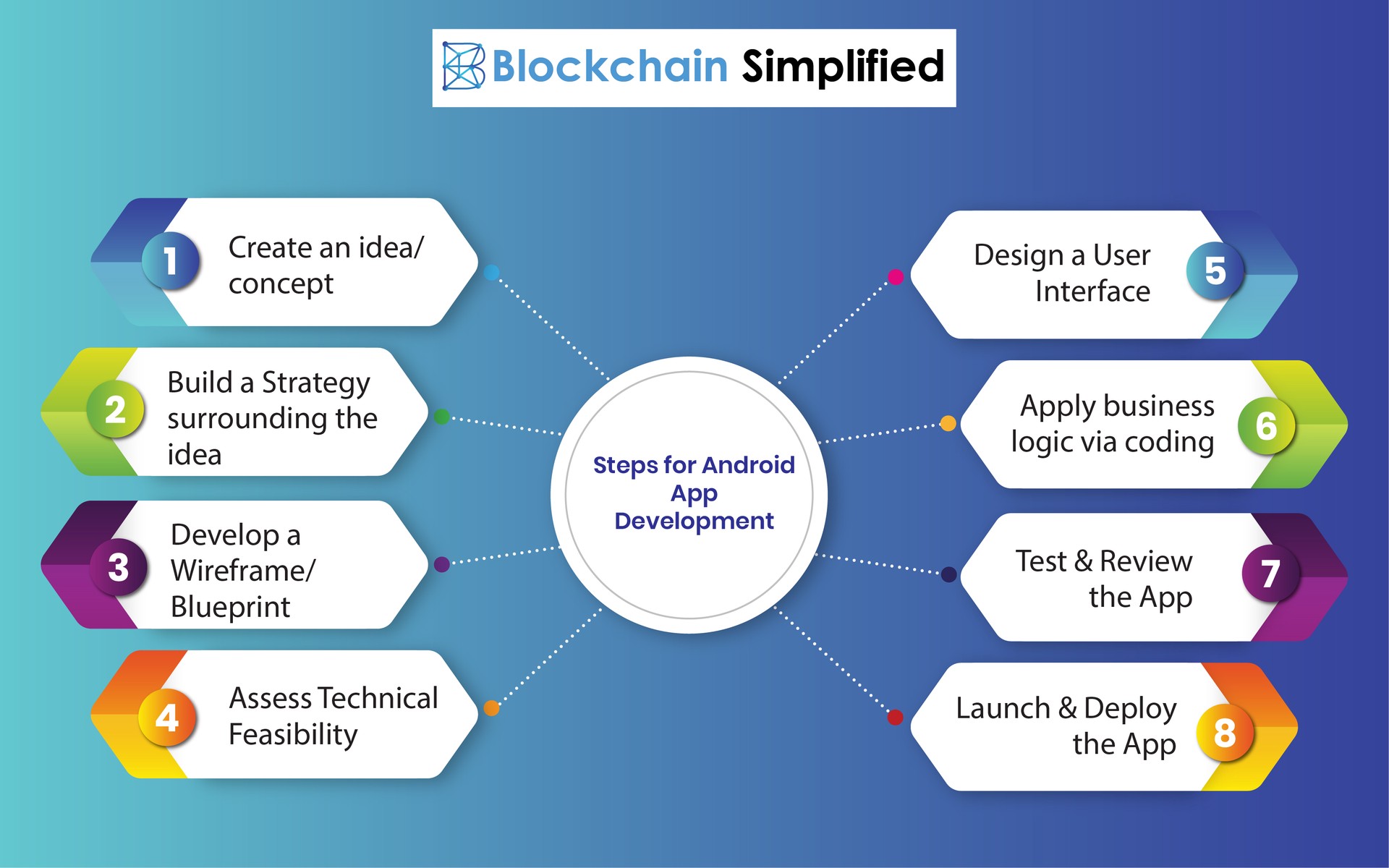 The first and foremost step in the Android App Development process is but of course, the realization of an idea/thought and bringing it into concept. Assessing whether the idea can be metamorphosed into an app, a viable one at that, should be the next thing in mind. Doing extensive research about the uniqueness of the idea, thorough study about similar competitor apps, their features and capabilities etc are some important aspects to be looked at in this stage.

Strategizing and building a foundation structure for the app is the next step in the Android App Development process. Analyse your competition, plan better features, strategize your game plan, understand your audience and their needs. Study competitor strategies and understand their positives. Be prepared with the exact requirements, how they need to be implemented etc.

Developing a wireframe or a blueprint is an essential step in Android App Development. Wireframes display the basic structure of the app, its appearance, the screen flow path etc. They represent the proposed functionality of the app. Wireframes not only help you build a certain picture in mind about the app with a prototype like structure, but also are helpful for identifying challenge areas. They also help in calculating approximate costs and expenses as well as gauging app feasibility.

It is imperative to have deep technical knowledge about the hardware and software requirements during Android App development. There are many advanced integrated development environments (IDEs), tools, applications and programming languages that help developers to develop an Android app faster and more efficiently. Let us learn about some of them below,

Android Studio - Google provides the Android studio as the official IDE for native Android app development. It is an open-source free tool which comes with several features like code editing, debugging, testing and profiling tools within a drag and drop interface. It helps you build high quality dynamic apps in a short period of time. 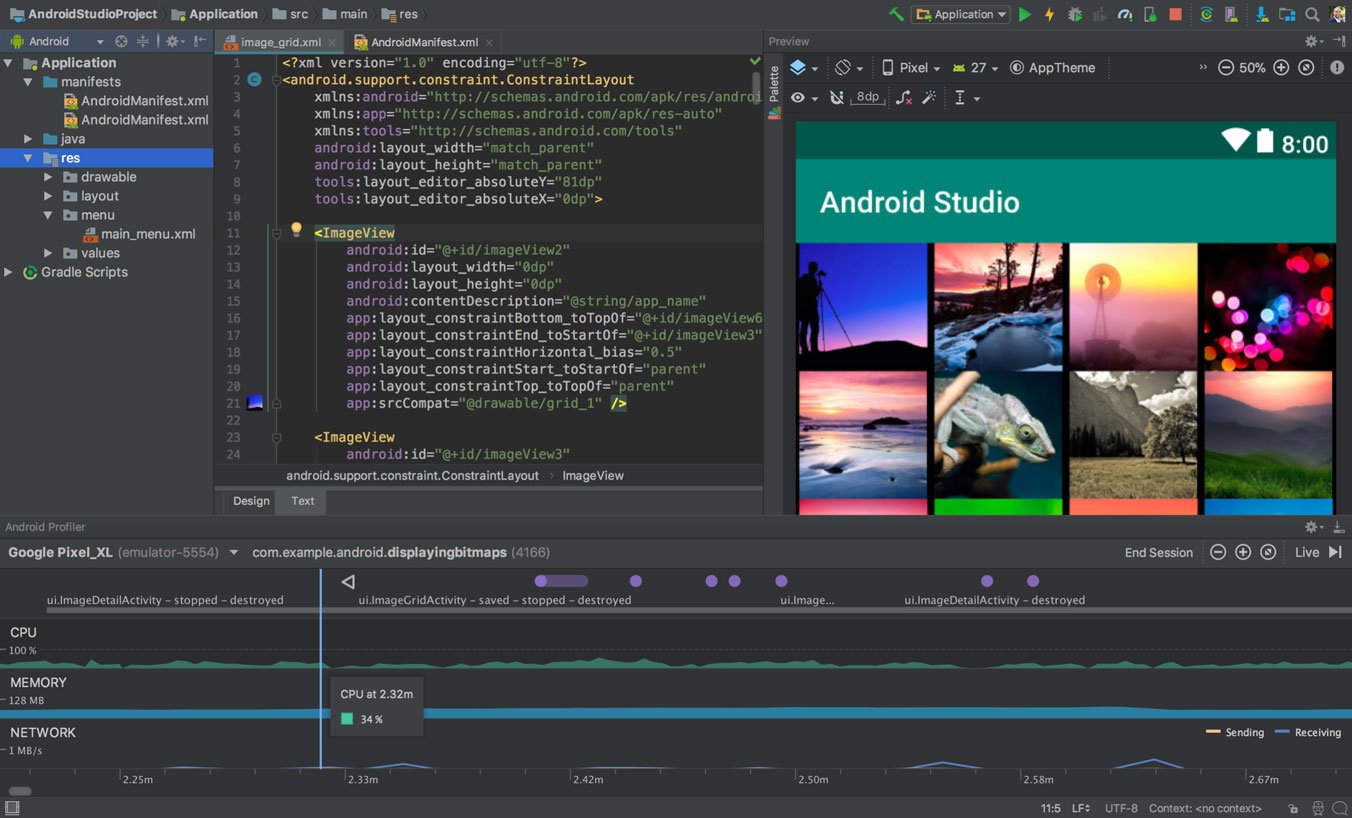 Fabric - Fabric is the development framework that provides ready-to-use kits which developers can use to develop Android apps. Developers are free to choose testing kits, marketing and advertising kits to enhance the quality of the app. Uber, Spotify, Yelp etc are some high profile companies that have made use of Fabric for developing their Android applications.

Go through some of the tools used for Android Application Development in 2020. 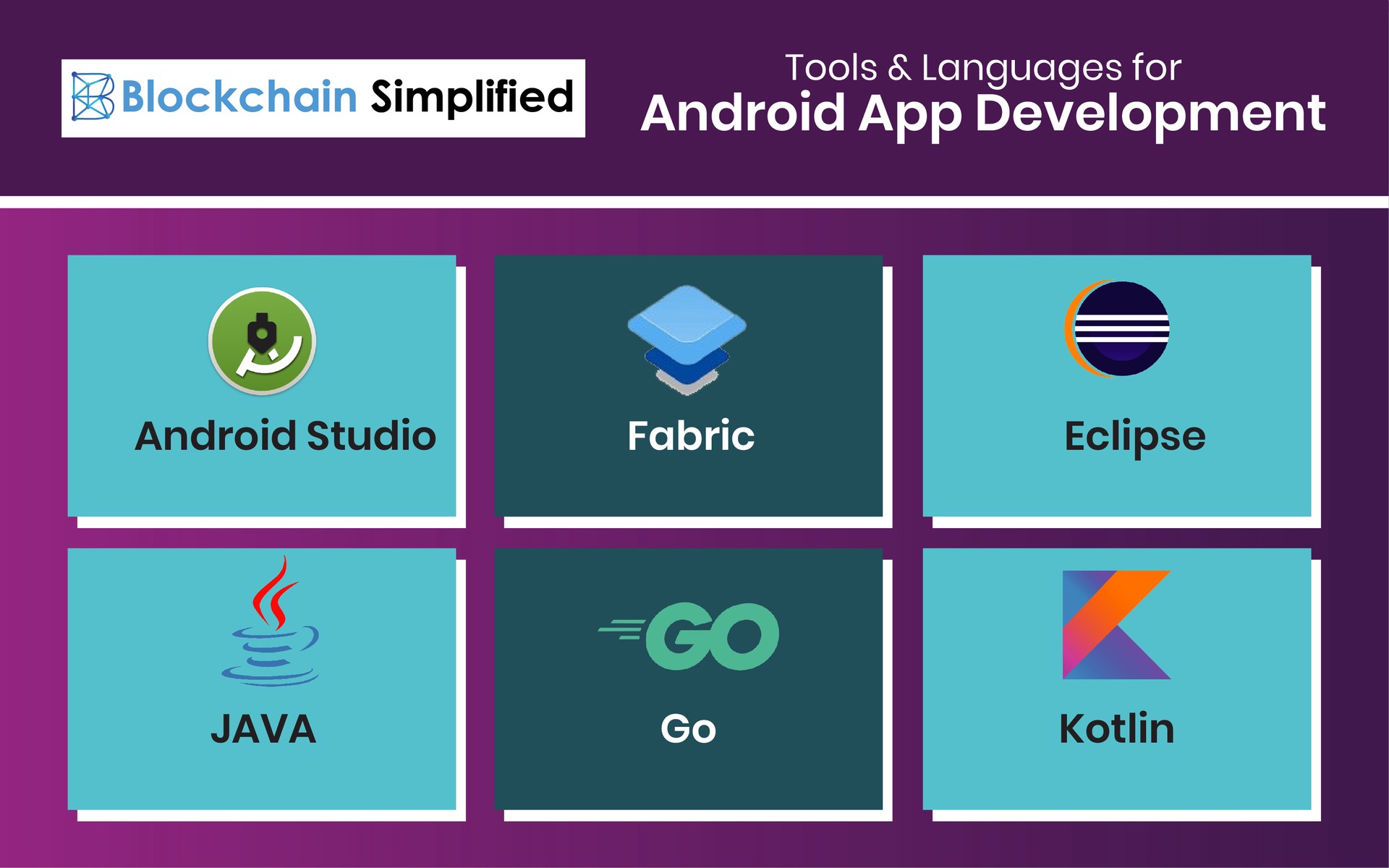 Designing an attractive and appealing UI is very essential for Android App Development, hence it is very important to use correct colours and graphics and build a nice theme for the app. Colours attract users and would force them to know in depth about the app. Easy access and proper navigation helps users get a seamless experience of the app.

(https://blockchainsimplified.com is a top Android app development company in Pune,India)

Implementing business logic and functionality is the prime aspect of any app.In Android App development as well, after designing the UI/UX comes the process of coding. It is a good practice to code which is reusable in future as well. App functionality includes features like server side coding as well as client side coding like user authentication , account management etc. Implementing dynamic data fetching to improve performance of the app also forms an integral part of developing an Android App. As always, it is good to follow the Agile methodology of software development to bring in an iterative and non-linear approach.

Thorough testing of your Android app is one of the requisites of Android App development. Before submitting the app to the Google Play Store, it is required that your app is tested based on different parameters and criteria. Your app should perform well in any kind of scenarios and should be devoid of any bugs/errors. A successfully developed Android App is the one which is stable and performance oriented and meets the requirements of being scalable, energy and memory efficient.

Once tested and verified, the App is good to go to the Google Play Store and is ready for launch. Although less strict, Google, like Apple, has its own set of submission guidelines. Once the app passes through this test, it is deployed and launched for download on the PlayStore. This completes your Android App Development process but the post-deployment phase is a forever thing.