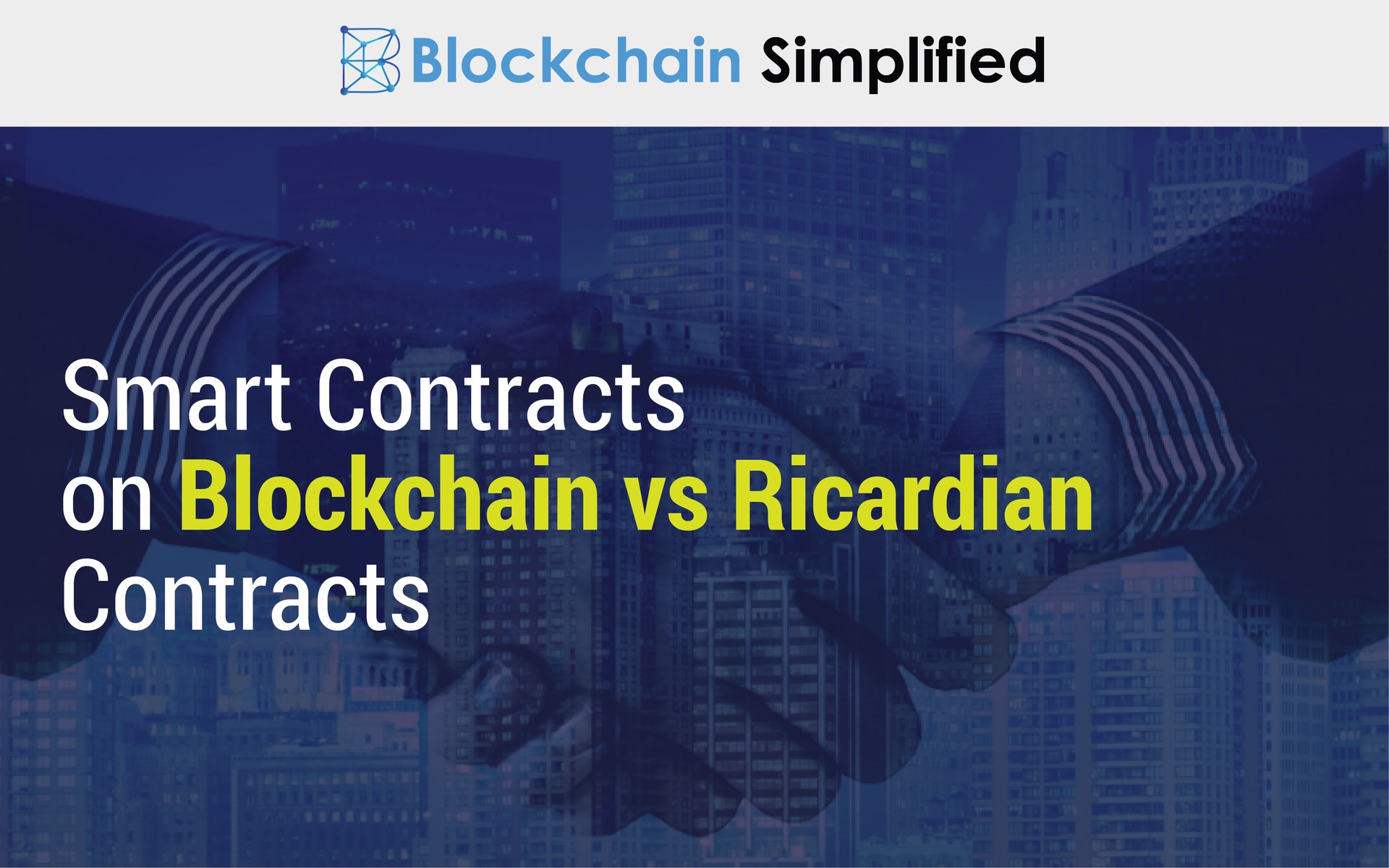 But on the flip side, Smart Contracts are not legally enforced agreements, but are simply agreements recorded on a Blockchain. There is no physical, bounded agreement between the two parties nor there is any validation of the same. Therefore, in the event of any dispute, there is very little that can be done by either of the two parties to resolve the issue, since there is no authentication by a legal body.

What are Ricardian Contracts? 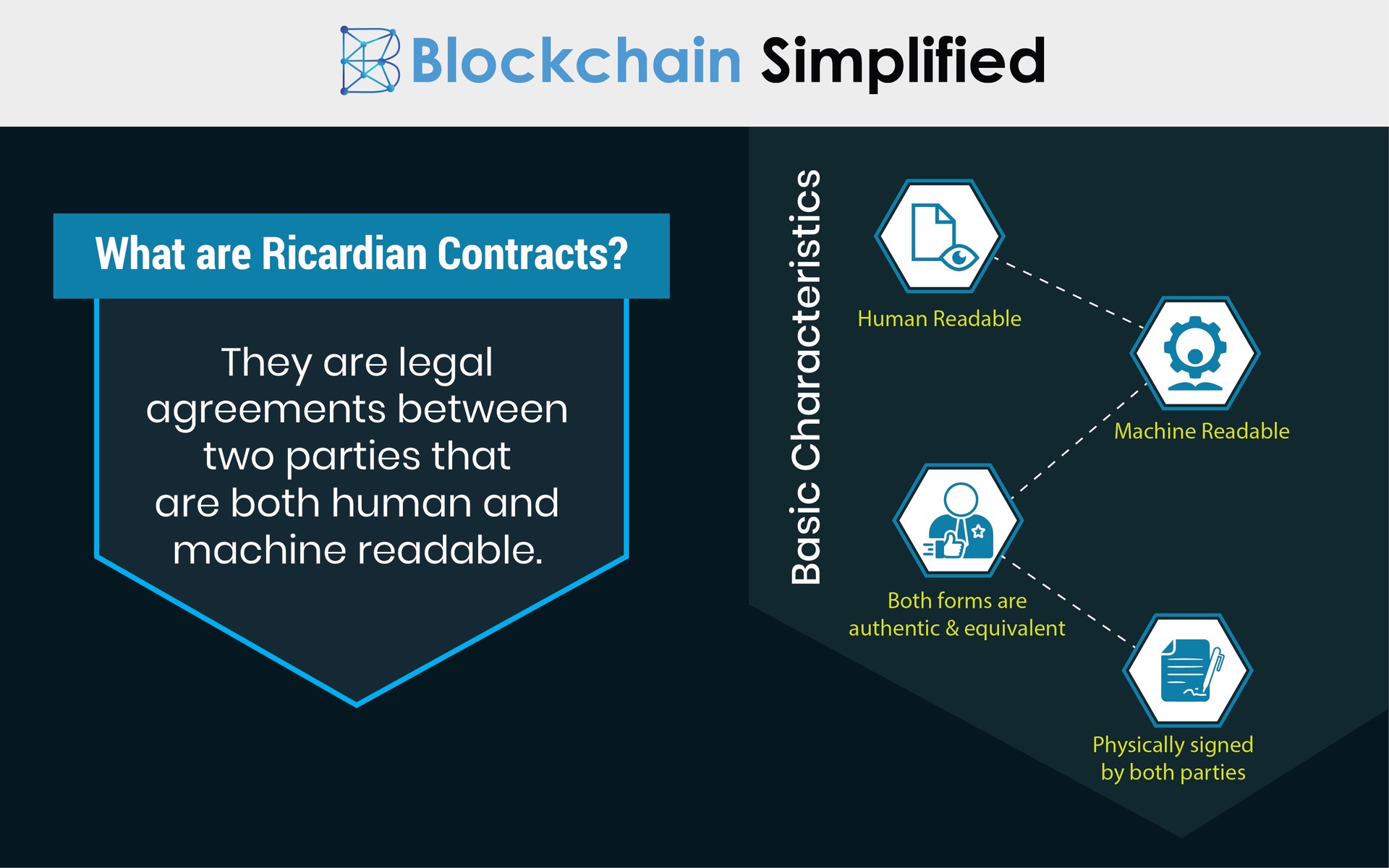 Defined by Grigg, a Ricardian contract is,

“a digital contract that deﬁnes the terms and conditions of an interaction, between two or more peers, that is cryptographically signed and veriﬁed. Importantly it is both human and machine readable and digitally signed.”

Ricardian contracts records all the information that is present in the physical agreement document, on the blockchain as well. Which means that Blockchain’s underlying cryptographic algorithms ensure that the contract is authentic and verified.

Few characteristics of Ricardian Contracts are, 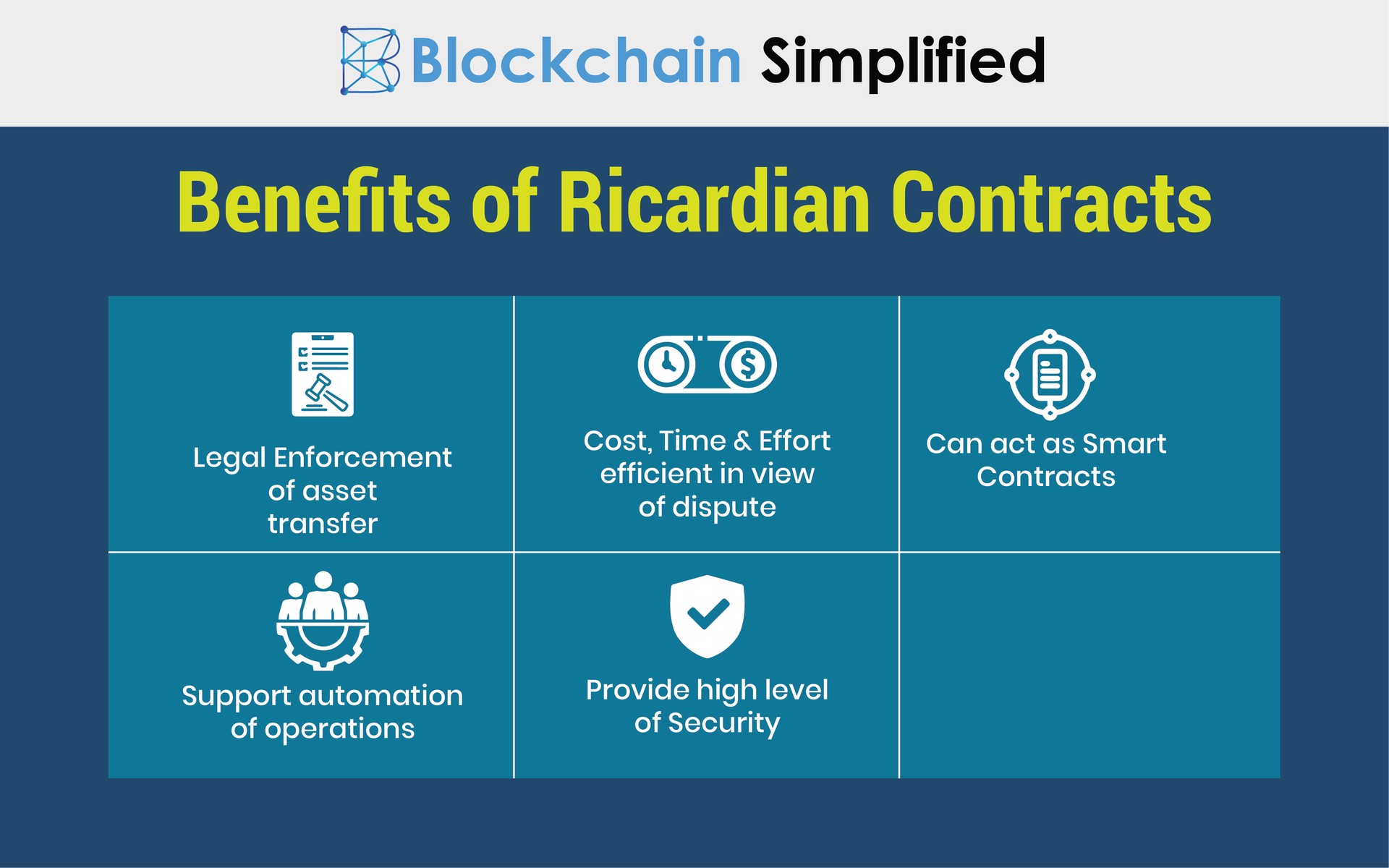 One of the significant benefits of Ricardian Contracts is that they are legally bound. This means that if in future there arises a dispute between the two participating bodies, then the case can be taken to the court of law for further course of investigation, which is certainly not possible in case of smart contracts on Blockchain. This makes the entire process more cost and time efficient as there is a proper, pre planned way of handling disputes. Smart Contracts only execute recorded instructions and do not carry any information or action guidelines for dispute resolution.

Ricardian contracts are highly secure as the Blockchain based agreement can be hashed, encrypted and stored safely. Any malicious activity by either party can be immediately identified by the unique hash addresses generated by Blockchain hashing. 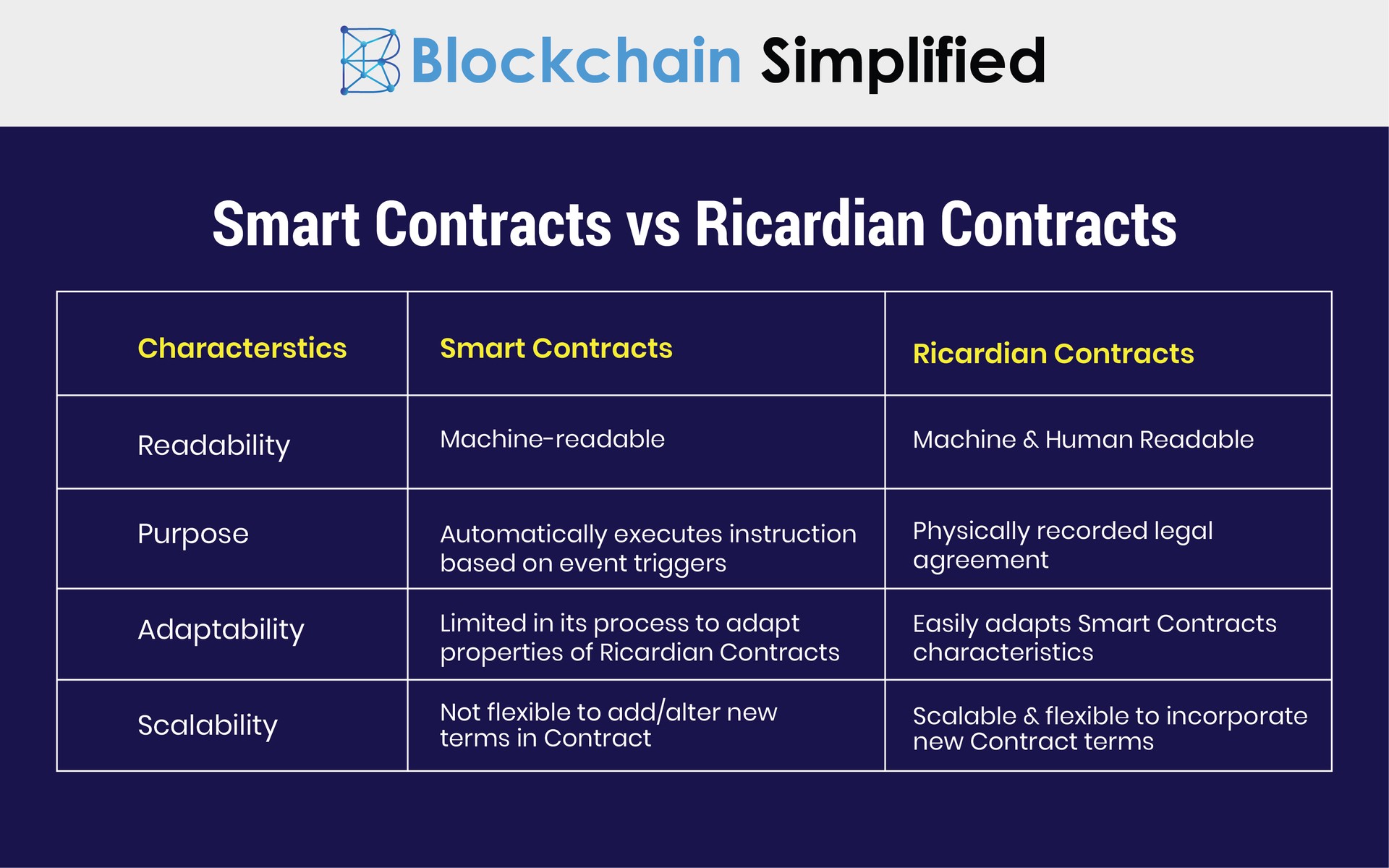 The Future of Ricardian Contracts

Quite recently, EOS blockchain implemented Ricardian contracts.. Many dApps have been looking forward to incorporate Ricardian Contracts as well in the coming future. Due to its many features and characteristics, Ricardian Contracts have given a sense of security to stakeholders due to which many investors are pitching in for it.