Powering Blockchain in the Energy sector

Global warming is real; a threat we all are facing currently. For years, humans have exploited non-renewable energy resources like petroleum, fossil fuels and coal etc under the garb of energy industry revolution, which has taken a toll on the climatic conditions negatively. Increased emissions of pollutants like carbon dioxide and CFCs in the air have contributed to the depletion of the Greenhouse effect, subsequently causing the average temperature of the Earth to significantly rise in the last few decades. Climate change, if not controlled and tackled immediately, can cause disastrous effects on the ecosystem as a whole, the recent Australian bushfires being a classic example. 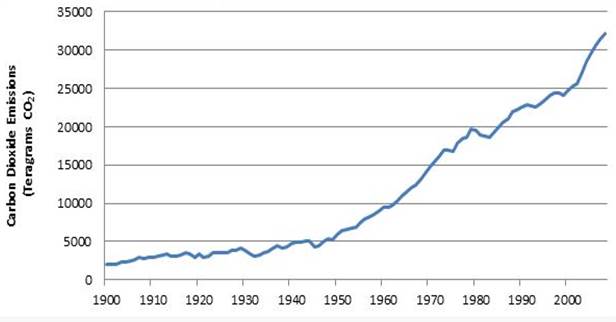 As we realize the alternatives for these lie in the form of cleaner and reusable energy resources, fortunately we are moving towards adopting energy efficient innovations and inventions. With technical developments emerging one almost everyday, the energy sector is looking for a technological breakthrough to beat multiple challenges it faces. While many industries have embraced Blockchain as a solution for their increased efficiency and performance, the Energy sector is still lagging behind, although a lot of Blockchain based energy firms have kickstarted the process.

Let us contemplate how Blockchain can transform the way energy can be produced, consumed and distributed effectively.

Challenges in the Energy sector and the role of Blockchain

The production and distribution of electrical energy even today relies on energy producing companies. A centralized energy creation station supplies and distributes energy to consumers via huge power conveying channels. Consumers are forced to pay exorbitant prices as electricity bills, if they wish to consume energy supplied by such stations. Heavy electricity bills, frequent power cuts, irregular voltage supply etc are some of the issues consumers face but can do least about it. Hence, there is an immediate need for decentralization and distributed energy generation.

Carbon emission reduction remains one of the most complex challenges the energy industry faces everyday. Huge amounts of carbon dioxide and other pollutants are poisoning the atmosphere leading to impure air and hazardous atmosphere. Geopolitical relations have been severely affected with very few impactful strategies developed for taking care of this.

Energy companies also have to abide by the rules of Energy regulatory commissions and implement best practices to deliver long-term benefits and provide a better quality of life to consumers. On the other hand, consumers also have understood the need for energy efficient methods and hence, the demand for such provisions is high.

While one of our previous blogs showcased how real life sectors like Agriculture can harness the use of Blockchain, let us now see how all the above risks can be mitigated by Blockchain to provide a system for effective energy production, consumption, supply and distribution to consumers. 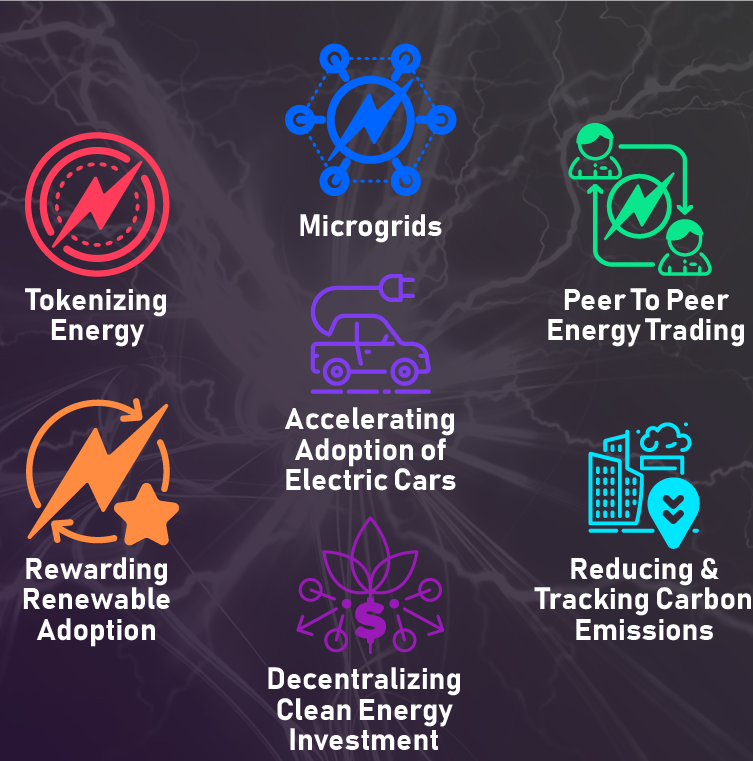 To eliminate the need of a centralized energy station, Blockchain can be leveraged to
build decentralized local energy supply sources and can be connected to neighbouring households via a Microgrid. Microgrids on Blockchain can be developed with an objective to link adjacent and adjoining residences to form a local power station. A residence with surplus energy resources (like a solar panel) can share the excess energy with another residence which requires energy for consumption. Smart meters executed by smart contracts measure and record the energy supplied as well as energy consumed by the respective parties on the Blockchain. This encourages peer-to-peer communication, the heart of Blockchain, where participants can themselves decide the amount they want to pay, decide who to sell the surplus energy to etc. 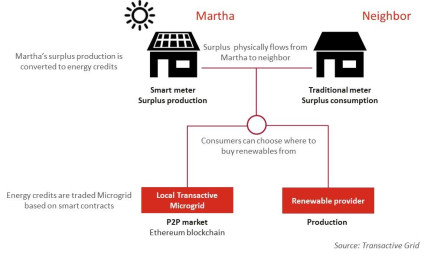 Implementing Blockchain via microgrids also helps in cost optimization and fair pricing. Moreover, Blockchain ensures that there is no illegal pricing and fraud happening in the process. Thus, energy can be consumed and distributed more effectively and efficiently and this could a small but important step in indirectly reducing carbon emissions coming from huge energy industries, by decentralizing a power station.

While humans and industries alike are responsible for the increased carbon emissions causing grave consequences, Blockchain can be used to build a platform to track these pollutants and a token system can be introduced to reward those who adhere to carbon emission standards. This is one of the highly anticipated use cases of Blockchain in the Energy sector which holds prime importance.

Blockchain’s decentralized platform can be used for incentivizing industries who actively support efficient energy innovations by heavily investing in developing renewable energy resources. Consumers using solar panels and those who share and trade excess energy with neighbours (using microgrids as discussed above) can also be rewarded with tokens or other forms to encourage and expand decentralization.

While these are not the only issues pertaining to the Energy sector and there are several other hurdles that it needs to defeat before piggybacking on Blockchain, nevertheless it can be looked at as a future step towards achieving efficiency and increased productivity in the industry of Energy services.