AI and Blockchain - A lethal combination 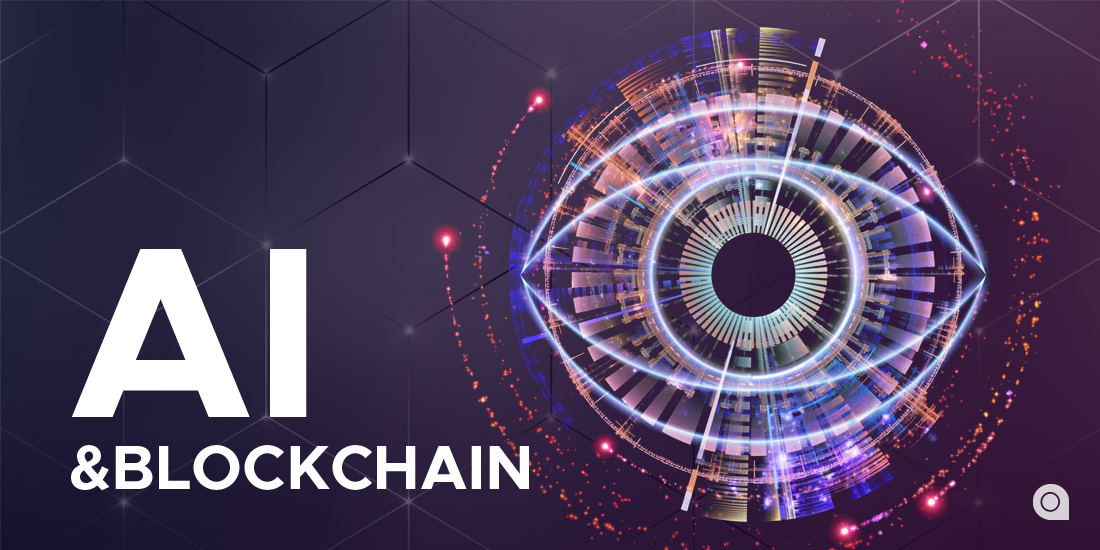 The roots of Artificial Intelligence(AI) can be traced down the 60’s when John McCarthy researched about it and coined the word. Allen Newell and Herbert Simon contributed to the theory by writing the first AI program a few years later. The process of AI research, then ,experienced a period of lull, with no advancements in the study.

Artificial intelligence (AI) refers to the simulation of human intelligence in machines that are programmed to think like humans and mimic their actions. The term may also be applied to any machine that exhibits traits associated with a human mind such as learning and problem-solving. The ideal characteristic of artificial intelligence is its ability to rationalize and take actions that have the best chance of achieving a specific goal.

Simply put, Artificial Intelligence is the concept of building a computer program that can think, act and behave like humans, by analyzing the behavioral surroundings, complexities and contexts, take actionable decisions, surpassing human intelligence.

Pinterest recommending visibly similar pins by using AI computer vision, Instagram auto-suggesting emojis and hashtags by analyzing the thought behind a certain text or emoji, Snapchat using Lenses - a combination of AI and augmented reality - are all everyday applications of Artificial Intelligence.

Artificial Intelligence’s breakthrough in the Finance sector is a rewarding one. Mitek does Digital Identification Verification using AI algorithms and Optical Character Recognition (OCR) to authenticate users and allow them to deposit checks and open accounts using their smartphones. AI can also calculate credit scores and do a risk assessment of individuals.

Artificial Intelligence is penetrating the field of Healthcare as well to diagnose diseases and suggest treatments. In fact, Google has developed an AI system to detect lung cancer and the results are astonishing! AI has also been instrumental and successful in developing prosthetic arms and robotic ankles that are mind-controlled and react to signals from the brain.

“Human-machine interfaces embodied by a prosthetic limb that really feel like an extension of the body,” said Robert Armiger, project manager for amputee research at Johns Hopkins University’s Applied Physics Lab, where scientists have developed an arm with human-like reflexes and sensation.

Above mentioned is just the tip of the iceberg of what Artificial Intelligence has conquered. Looking at the way it has metamorphosed technological innovations, a brighter future lies ahead for AI.

Powering AI and Blockchain together

Blockchain is a tremendous technology that has its applications spread across industries. On the flip side, Blockchain has it share of disadvantages too. There are various issues associated with it like huge power consumption, inscalable system, cost inefficiency etc. The mining process in Blockchain follows the Proof-of-Work algorithm where every miner/node is required to perform complex calculations to gain rewards,thus resulting in enormous consumption of energy. Artificial Intelligence (AI) makes optimum use of power resources and hence can be instrumental in supporting Blockchain to get rid of this issue. This can vastly minimize the cost overhead and reduce unnecessary investments, also enhancing system performance. Since Blockchain records every event of the transaction, there are possibilities of data pile-up which take up unnecessary space making the system slower. AI can implement the concept of Federated Learning, that can be of immense help to Blockchain for eliminating unwanted data, consequently making the system more scalable and productive.

There have been instances of AI systems going awry, read this. Though the situation was debatable, it doesn’t rule out the fact that it is almost impossible to understand the thought behind AI machines taking some sporadic decisions. Blockchain can help identify and analyze the chain of events that triggered AI’s decision, by maintaining the complete series of transactions. While people are still skeptical about the concept and functionality of Artificial Intelligence, due to the possible disastrous effects it can have, this can help build more trust and faith of common people on AI. The integration of AI and Blockchain DAO, based on smart contracts, can restrict the extent to which an AI system can function, subsequently lowering the risk factor.

Read about SingularityNET , the decentralised marketplace for Artificial Intelligence.

AI and Blockchain, In a Nutshell

Discussions about the fusion of AI and Blockchain are still in their infancy, and there are no substantial developments yet. It is also very critical to bear in mind that the merger of AI and Blockchain could either result in a startling technical breakthrough or could give birth to dire consequences. The Game is On!!