A quick glance into Android Architecture and its key Core Concepts 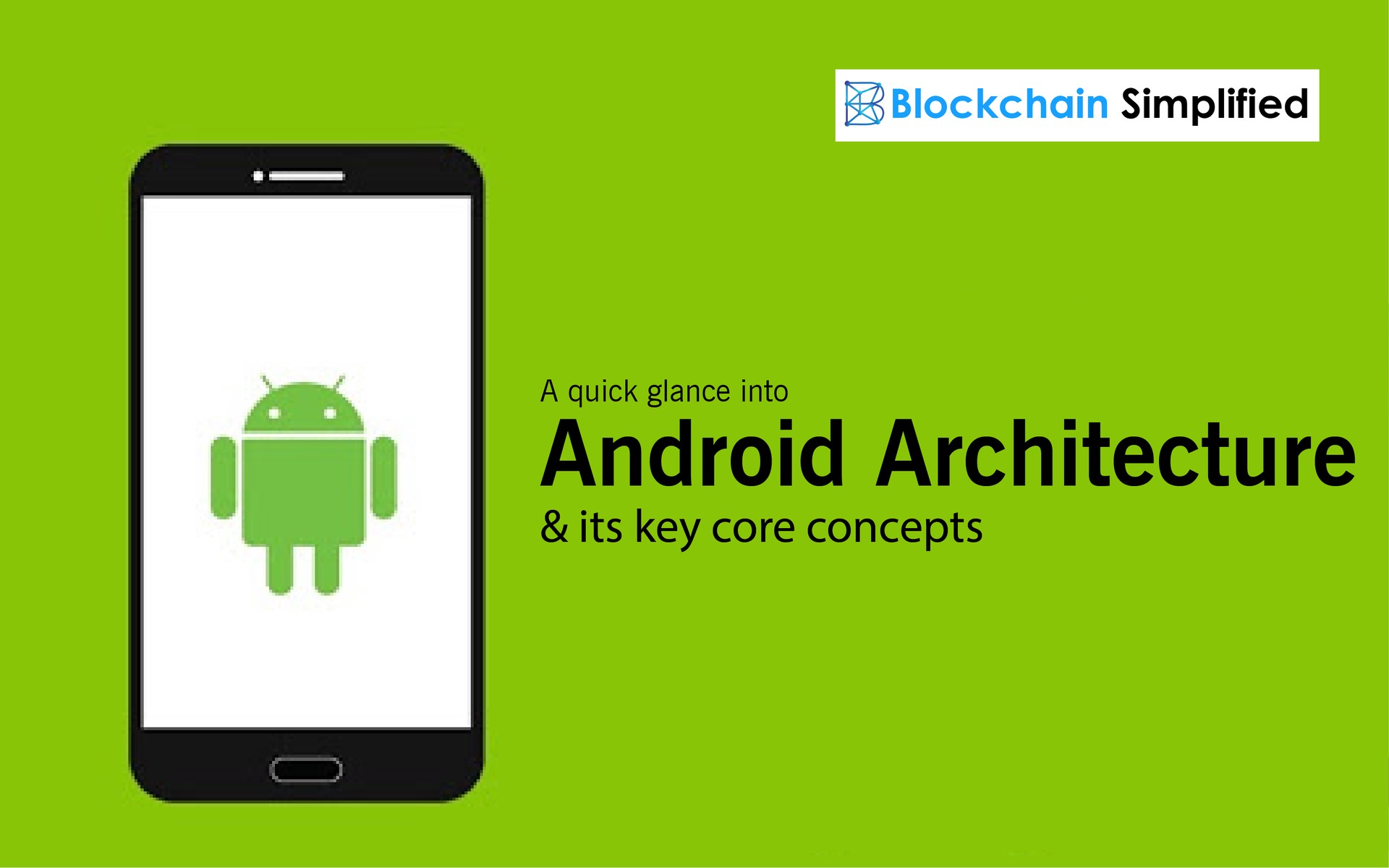 iOS has a limited number of smartphones in the market and custom iOS application development is very rare as there are strict Apple standards and guidelines one has to follow while designing these apps. But that is not the case with Android. There are tons of Android smartphones floating in the market which are used by various users. Different devices require multiple customizations suitable for various screen sizes and resolutions.

In this blog, we will be discussing in brief basic Android architecture, Android components and some key core Android concepts in detail. 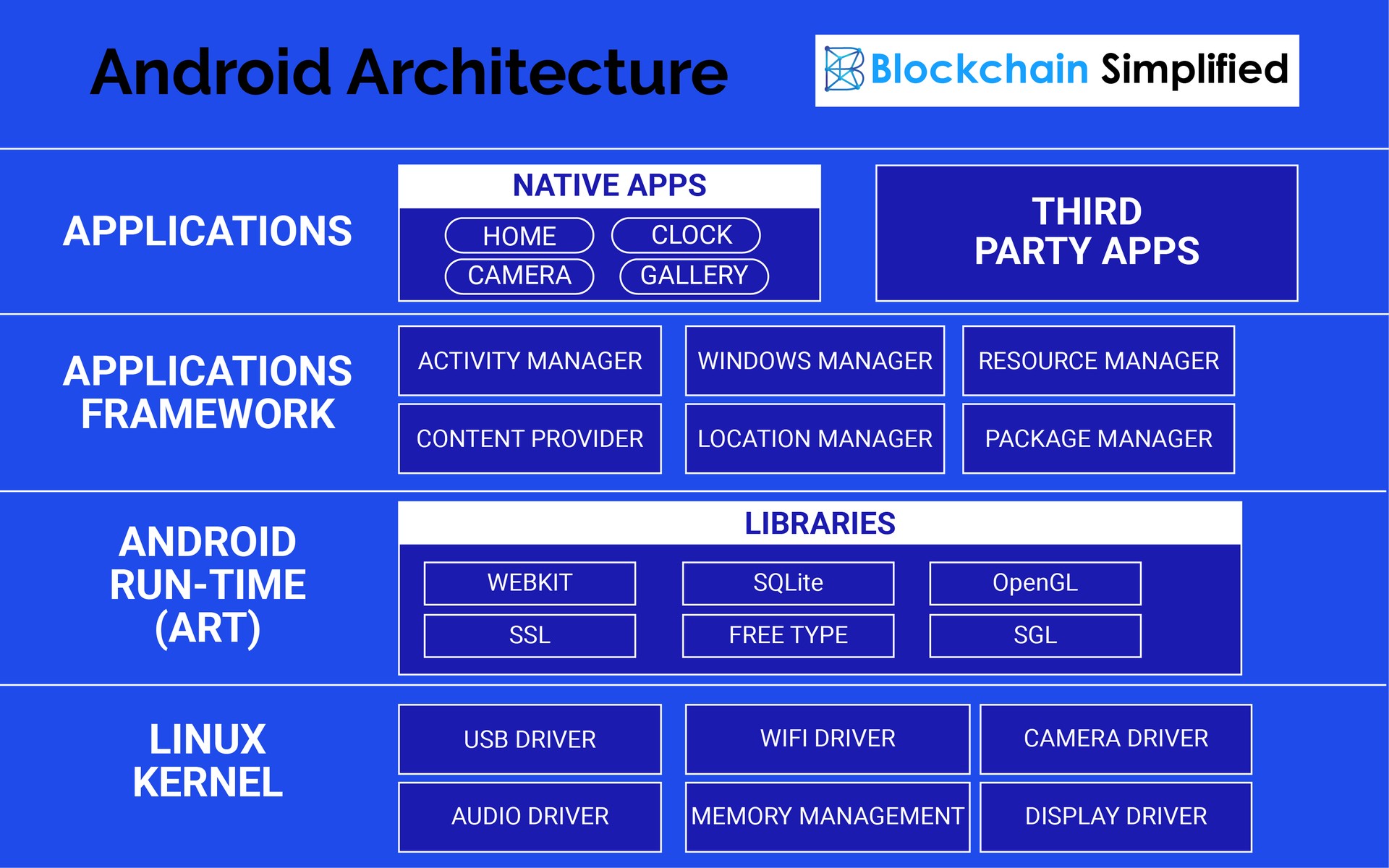 Talking about Android Architecture, below are the primary components of the architecture. Let us look at each one of them in brief.

The Linux Kernel - The Linux Kernel is the abstraction layer between the hardware device and the Application layer of the Android software. The prime job of this layer is to provide memory management services, power management services and device drivers like the USB driver, Wi-Fi driver, Display driver etc. Because of its efficient and powerful performance, it is one of the major and essential parts of Android Architecture.

Android Runtime (ART) - The ART is responsible to convert the DEX bytecode, generated by the Android App, to the ELF (Executable Linkable Format). This native format is required by the processor to execute the app, which ultimately results in faster application performance.

Android Libraries - Android Architecture provides a number of libraries for supporting Android app development such as,

WebKit - It is a browser engine that enables to display web content.
SSL - The Secure Socket layer establishes a secure link between browser and server.
SGL & OpenGL - These are APIs specifically used for 2D and 3D graphics.

Application Framework - In Android architecture, this is where the applications are executed. This layer allows the creation and implementation of classes with the help of services like the Activity Manager, Resources Manager, Content Provider, Package Manager etc. True to Android theory, this layer also implements the concept of reusability of the components.

Applications - The Application layer of the Android architecture is where the native applications like Home, Camera, Gallery etc reside as well as third party applications downloaded from the PlayStore.

Go through the Android Architecture in detail in this article.

(https://blockchainsimplified.com is a top Android app development company in Pune,India) 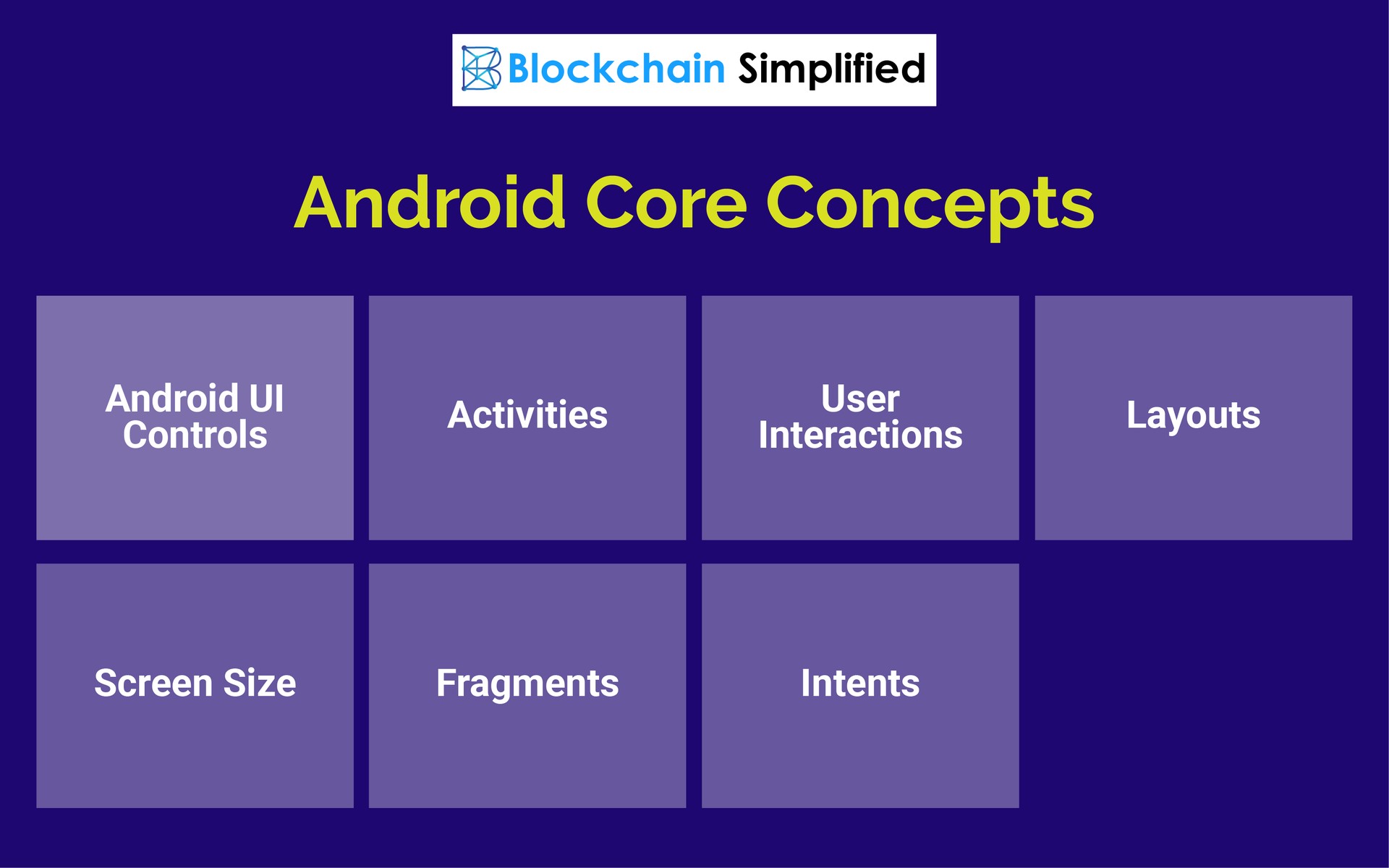 Android architecture provides some amazing Android concepts that help in the speedy development of custom Android apps. Below is a list of such core Android concepts. Let us discuss them in detail.

Android UI Controls - To facilitate the faster development design and development of the app UI, Android architecture provides plenty of UI controls to offer an enriched user experience. Implementing standard Android UI controls is faster as compared to develop a custom UI from scratch. These standard controls also ensure better performance than custom ones. Control components like scroll, shrink, enlarge etc can be implemented easily with the help of already available controls thus eliminating the need to start from point zero.

Activities - If a user is bombarded with multiple activities like clicking a link, scrolling or navigating etc, then it will immediately reduce his/her interest in the app. Android architecture focuses on presenting only pertinent information or action related to the appropriate screen thanks to its unique “Activities”. For eg:- if a user wishes to see additional information of a particular task, he/she is taken to a new screen, rather than displaying it on the same screen.

User Interactions - “First impression is the last impression”. Hence, a user’s initial interaction with the app is of utmost importance. While creativity is an important aspect of any application, user experience tops the list. Hence, it is essential to note that the app follows standard protocols for hard and soft buttons for Home, Back, Search, Long Press etc. using standard Android components will help establish a common theme for all Android applications.

Layouts - Android architecture offers multiple screen layout options to manage screen size and layout across all Android smartphones. For example, linear layouts can be implemented when controls need to be handled either horizontally or vertically. Whereas relative layouts manage controls in relation to one another. Read here in detail about linear and relative layouts.. Apart from this, Android also allows you to set specific element size/weight on the screen across all devices. You can set weight, gravity, density of elements etc using this concept.

Screen Size - Android architecture offers various tools to develop applications that support Android devices of any and all screen sizes available. By making minute changes in the UI design, it is possible to develop an Android app that fits perfectly across all screens.

Fragments - As discussed above, Activities in Android architecture help maintain only one activity per screen for users, similarly “Fragments” help Android developers design and create a single large screen for devices like Tablets, and then splitting this screen into smaller ones for smartphones. Since Tables have more space as compared to smaller smartphones, it doesn’t make sense in wasting his space only to accommodate controls for only smaller screens. If there is any requirement of the app to be designed for bigger devices like Tablets, it is imperative that developers include Fragments in the development process. Understand how Fragments should be implemented in an Android app. in this article.

Intents - An interesting concept of Android architecture is Intents. Sometimes, an already existing functionality on other popular Android apps can be leveraged onto your own app using Intents. This reduces significant programming as the functionality is already developed and does not require to be re-written.

As we saw, Android architecture simplifies the development of Android apps by providing standard controls and advanced constructs thereby speeding up the entire process and ease the pressure of an Android developer who otherwise would need to build everything from scratch for a customized Android app.