Isn’t it amazing that mobile apps enable you to manage your simplest as well as the most complex tasks, at your fingertips? Anything you think of, right from instant money transfer, booking air or train tickets, hotel reservations, so on and so forth, mobile apps are everywhere and make everything readily accessible. A successful mobile app invites millions of users everyday, whose data needs to be stored securely in a storage engine. The system performance goes for a toss, if the load on the database keeps increasing. In situations like these, a robust database which can handle colossal data is a must. One such powerful DB is the Realm Database.

Let us delve deep and get down to the nitty gritties of the Realm Database.

Basic Architecture of the Realm Database 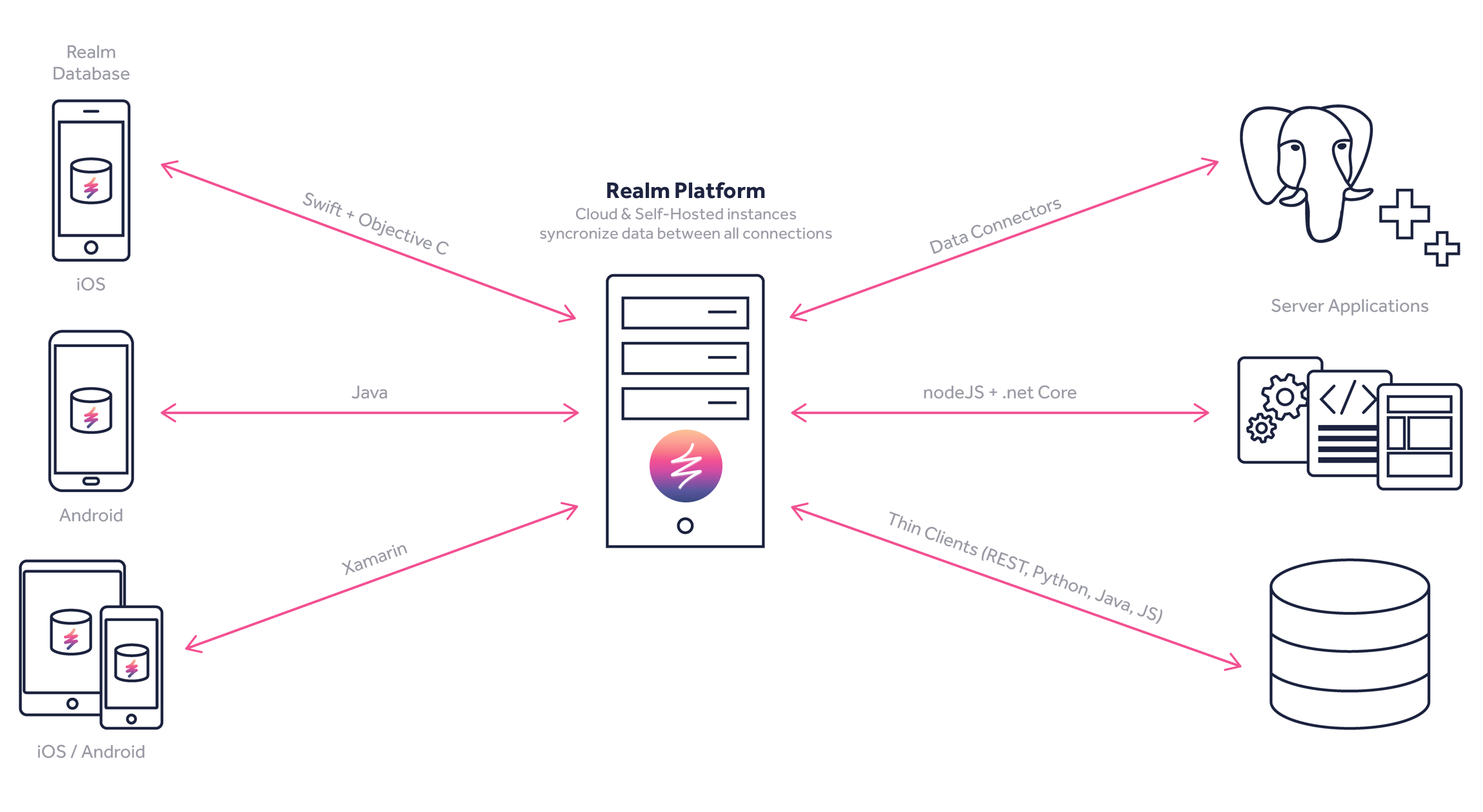 Built on a client server structure, Realm platform works majorly with two components namely the Realm Database and the Realm Object Server, that are connected with a sync protocol and work in tandem, to keep the data synchronized.

-Realm Database is a lightweight, NoSQL based, cross platform mobile database for iOS and Android platforms. It is an object oriented database that is specialized for maintaining persistent data.

-Realm is compatible with several programming languages such as Objective-C, Swift , Java, JavaScript , C# etc which makes it the preferred database for iOS, Android, React and also Xamarin developers.

-Realm Object Server is the bridge between the Realm Database and the device, that is primarily responsible to maintain sync with the DB for continuously supporting data synchronization, in real time.

Benefits of the Realm Database 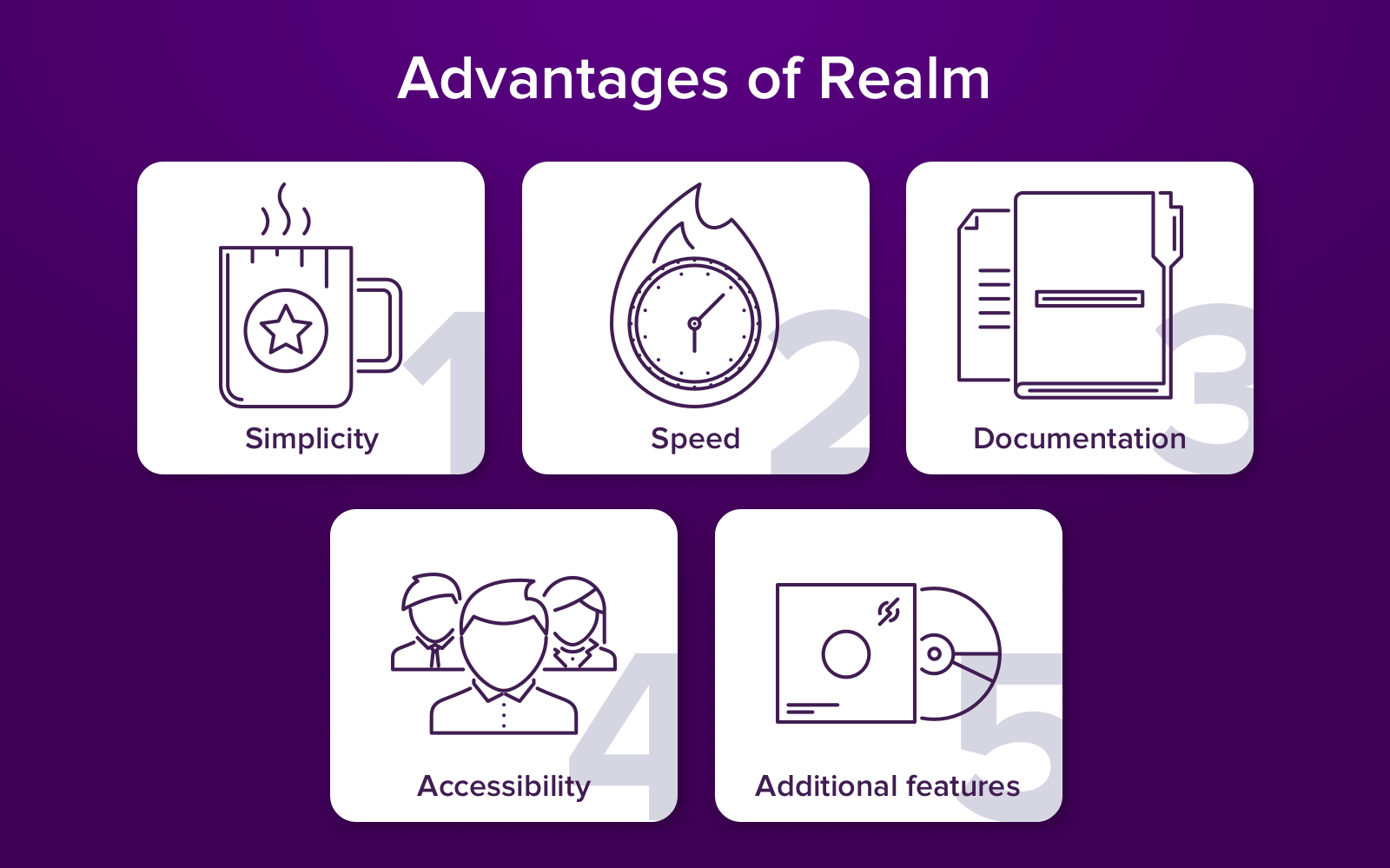 Realm is a mighty database and is specially designed for modern mobile applications that are fast, responsive and highly performant. Below listed are the salient features of Realm database.

As mentioned in the beginning of this article, it is imperative that a database handles huge volumes of data without compromising on data availability and user experience.
Realm database, irrespective of the data load, is capable of handling massive network traffic and performs smoothly in such critical situations.

In general, there is a lot of complex coding and additional resources required to maintain data persistence. This adds to delay in development time and also, handling the complexity of the code is cumbersome. Realm database simplifies this issue by
maintaining persistent data, which means that data is stored even after the process it was created with, has expired. This is one of the most prominent features of the Realm .

The sync protocol between the Realm Database and the Object Server ensures that data is always synchronized and refreshed in real time without the need of serialization and networking. This is an additional perk as it makes the user experience seamless, subsequently guaranteeing user retention.

Realm has been designed particularly to eliminate the drawbacks of SQLite and CoreData. Realm is better and faster while performing CRUD operations. Queries return results in split seconds, thereby improving the whole performance of the application.

Why is Realm Database the chosen one?

Realm Database is the perfect alternative to SQLite and other mobile app databases as it holds a higher ground when it comes to building interactive and responsive mobile applications. It has several notable features that make it the most sought after mobile database.