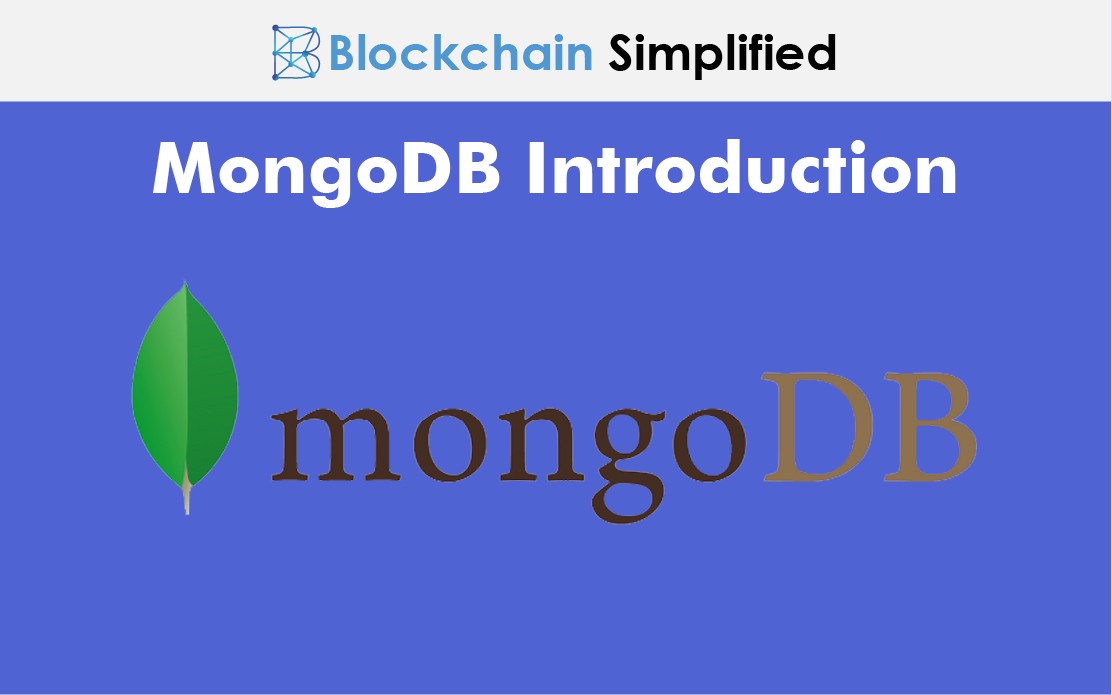 The word “database” instantly creates a picture, of a table having rows and columns, in our mind. Typically, any system architecture has a relational database management system (RDBMS) to store data. Data in RDBMS is stored in tables containing rows and columns; and tables are connected to each other via relational models. Examples of traditional RDBMS include Oracle, MySQL, Microsoft SQL Server, DB2 so on and so forth. These databases have been in the market for a substantial amount of time as they are highly efficient and deliver great performance.

However, an alternative to the conventional RDBMS that is trending in the market is NoSQL. NoSQL, which means “Not only SQL” , is a database which stores data in non-tabular forms like document stores, graph DB, BigTable etc. One of the leading examples of NoSQL is the MongoDB.

This blog will assist you with MongoDB introduction, architecture, features and why has it achieved huge popularity?

-MongoDB is an open source, cross platform, document oriented NoSQL database that stores data in the form of documents and collections. A document is nothing but a record, that contains all information about itself. A group of documents, is called a collection.

-A document can contain a number of fields (value), regarding the details of the record. One document size can be different from the other as two different documents can store varied number of fields. Every field (value) has an associated key mapped to it. The field can be of any data type like the general text, number, etc. A field can also be a link to another document or arrays. MongoDB uses BSON (binary encoding form of JSON), to include additional data types like date, that is not compatible with JSON.

-There is no forced relation between the fields, but links and data models can be established while creation. Data models facilitate the storage of arrays, establish hierarchical relations etc.

-Data is stored in a stream, and not in a schema, unlike the RDBMS.

-Mongo DB provides a JavaScript interface called the Mongo shell, that is used for querying and creating documents. 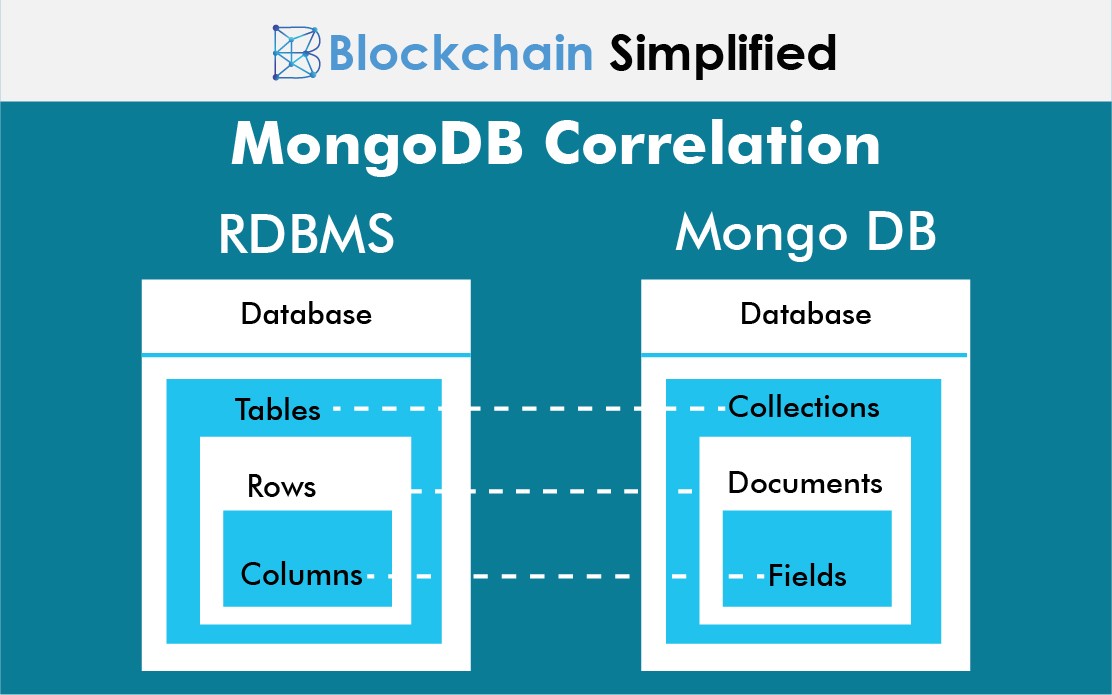 If you compare it with an RDBMS, documents correspond to the record (row) which have a unique identifier ID (primary key), fields/values are columns that have an associated key to them, and collections are the equivalent of a table.

With MongoDB introduction in the market, more and more developers are using it in specific applications due to its many benefits and advantages. 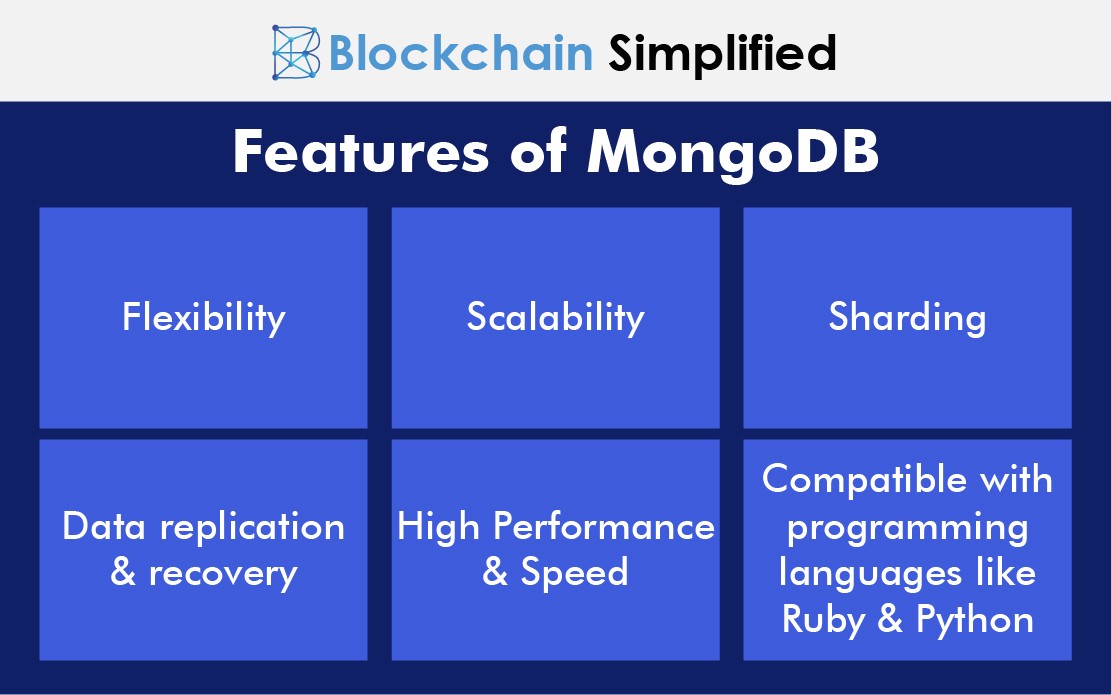 MongoDB is a specialized database for BigData processing. It can contain large volumes of data, therefore making it highly scalable. It also supports the concept of horizontal scaling, where data can be distributed across multiple DB instances. This helps in data load balancing as well as duplication of data as a backup.

MongodB is schema-less which means it doesn’t enforce relations between fields, rather allows the storage of values of any data type, in a stream. Since data is stored in a document/collection type of model, it offers flexibility in terms of data modelling, data alteration and updation, on the fly, without the hassle of schema updation, like in an RDBMS.

Sharding is an interesting and a very powerful methodology in MongoDB. MongoDB allows distribution of data onto several servers, as opposed to a single server. For applications having huge volumes of data, load can be balanced by storing data in several servers. This also helps in increasing the capacity of the database as well as concurrent and parallel processing of tasks.

MongoDB supports different features like dynamic ad-hoc querying, indexing for faster search functionality, tools like Aggregation pipeline for aggregation queries etc. that help in faster processing. Querying is also quicker, as compared to a RDBMS, as related data are stored together in documents. This guarantees high performance, even in critical high volume situations.

-MongoDB is an significant part of MEAN and MERN stack as their primary database for data storage. Written in JavaScript, it has easily blended with these stacks that are popular for building interactive and responsive web applications.

-Apart from JavaScript, MongoDB is seamlessly compatible with several other programming languages like Ruby and Python as well, therefore making it a sought after NoSQL database.

With MongoDB introduction as a chief NoSQL database, developers are expressing increased interest in it because of its varied features as discussed above. However, there are a couple of drawbacks of MongoDB as well, that doesn’t make it appropriate for all kinds of applications. At the end, it is the developer’s responsibility to decide which database to be used, by studying the project thoroughly and understanding if MongoDB is applicable or not.